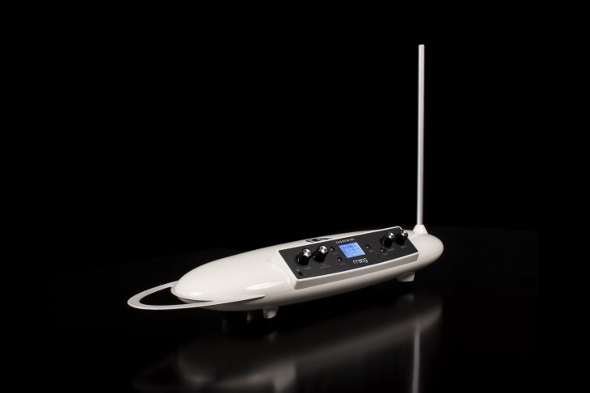 The classic theremin instrument is re-imagined with an Animoog sound engine – see it in action here.

One of the oldest electronic musical instruments, the theremin was invented by Russian engineer Léon Theremin in 1928. Consisting of two metal antennas which sense the relative position of the theremin player’s hands, it manipulates both frequency and amplitude to create eerie sounds without the need for touching the instrument. The theremin was also an early inspiration for Moog founder Bob Moog, who would build his own theremins in his basement as a child; to this day Moog still stock several versions of the instrument.

Initially previewed at this year’s NAMM show, Moog have just announced the shipping of the Theremini, which can also be seen in action in the video below. Priced at £259, it uses Moog’s Animoog sound engine, features 32 presets and will even play every note in a selected scale perfectly, making it impossible to play a wrong note. Full details can be found at the Moog website.