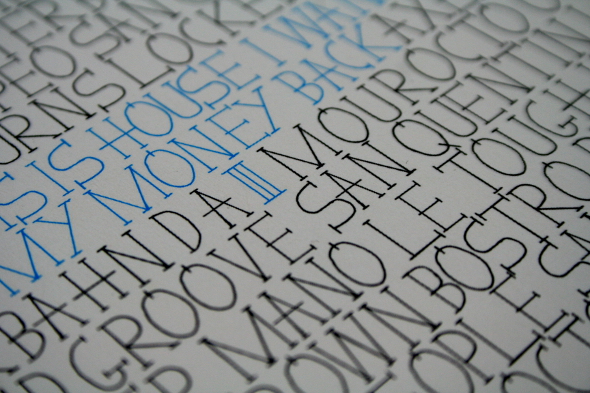 As the years progress, any attempt at pinning down house music’s amorphous nature seems all but impossible. Todd Terry thinks it’s a feeling, Eddie Amador insists that it’s spiritual, and Terre Thaemlitz characterised most modern house as “some greeting card bullshit about life, love and happiness” that has disassociated itself from the loneliness, racism and censorship that the genre was pioneered from. Even the well-established narratives of how we view dance music are being restructured. Consider Red Bull’s movement to rename New York’s King Street into Larry Levan way, or, alternately, the way that disco has swung back and forth from being perceived as mindless consumer drivel to liberatory music, depending on who’s writing the thinkpiece. 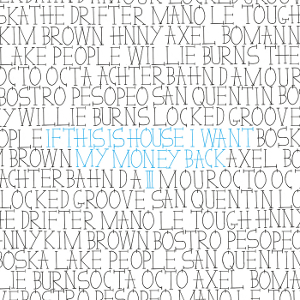 But Munich’s Permanent Vacation label are unstressed by whether or not they can accurately pinpoint or dissect house sounds, and when they’re not releasing New York disco, chugging Krautrock, or post-breakup deep house gems, Benjamin Fröhlich and Tom Bioly are happy to just assemble a consistently solid crew of friends and collaborators to give their take on the genre. Glitz and glamour takes a backseat to functionality here: There’s no past-referencing sense of historical consciousness, no purposeful thematic assemblage of tracks- simplicity rules for Permanent Vacation, and the variety of rhythmic directions taken by the artists in this compilation are all the stronger for it.

Geographically, If This Is House I Want My Money Back III pulls material from corners of the globe just like previous editions. Willie Burns chips in from New York, Berlin showcases the work of Achterbahn d’ Amour (aka Iron Curtis & Edit Piafra), and Sweden also receives its due representation from Axel Boman. Boman’s “Die! Die! Die!” is a contender for “misleading track title of 2014”, since it’s an empathetic, slow-unfurling house number that pulses with vibrant life. Few house numbers these days sound as if there’s a genuine joy motivating their creation, but this aggressively named track creates the audio equivalent of an infinity edge pool overlooking the coast of Ibiza.

However, fellow Swede HNNY offers a much less pleasurable contribution in the form of the tepid and confusingly titled track “Most Pretty Girls Have Really Pretty Ugly Feet”. While HNNY (aka Johan Cederberg)’s Puss imprint demonstrates a knack for wispy, dreamlike revisions of female-led pop songs, his contribution here is as breezy as a post-lunch yawn, landing squarely in the realm of “elevator-music house”, a plodding exhalation that’s about as refreshing as taking a bath in a tub full of lukewarm soup. It pales in comparison to Kim Brown’s “Rubies, Riches and Crowns”, which channels the warm groove of what may be a Jocelyn Brown instrumental cascaded with softly pulsing bongos overtop.

Despite a torrential release schedule that would leave most other artists creatively exhausted, Willie Burns provides another hit with “Lost in The Clouds Again” – perhaps the punchiest excursion of the package, with a torrent of MPC claps raining down from the stratosphere onto the dancefloor. And Mano Le Tough’s “Ducks” not only provides an excuse for this writer to use the term “mallard-ballad” (sorry), but also unfurls its slow-jacking groove gradually over seven and a half minutes, with sparse cowbell percussion that sounds like a deep house version of an LCD Soundsystem outtake.

While Lake People’s “Doubtful” does dubby, reverb filled repetition in a satisfying way, there are several slightly plodding moments. Octa Octa’s “Call Me” and Boska’s “Timber” struggle to distinguish themselves in a compilation with so many other strong offerings, such as Locked Groove’s unexpected “Reverie”; where symphonic orchestral strings signalling a departure from the producer’s previous work for Hotflush and Turbo. What exactly ‘house music’ actually is may be thrown into contestation till the sun goes down, but with a crate full of tracks like this, there’s absolutely nothing to worry about.