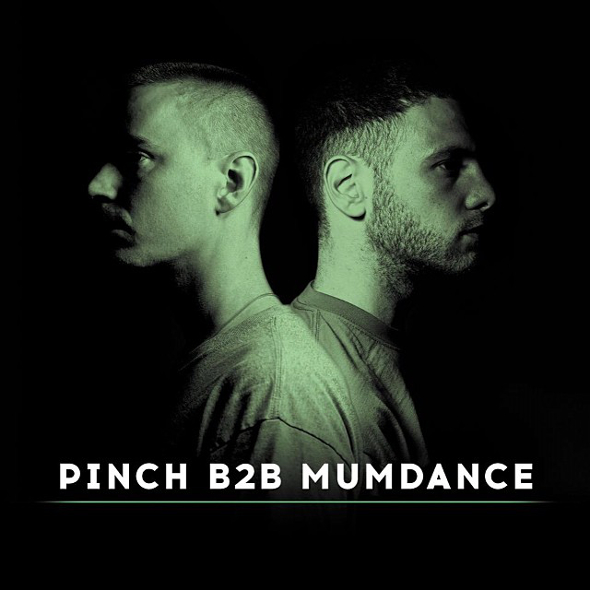 The UK pair will release a collaborative mix CD next month comprised of tracks from the producers themselves and close affiliates.

Back in September, dubstep figurehead and Tectonic Recordings head Pinch, and mutant grime producer Mumdance signalled the start of an occasional DJ partnership with a free mix on SoundCloud. Drawing heavily from the duo’s own then-unreleased tracks, as well as music from those intersecting into the same sphere such as Logos, Acre, Elmono and Special Request, it offered an intriguing snapshot of the current state of UK-centric club music reassembling jungle, grime, techno and bass.

News now arrives via Resident Advisor that Pinch and Mumdance are to release an all-new B2B mix in a similar vein, this time released commercially on CD and digital formats via Pinch’s Tectonic Recordings. “In my opinion the dance music climate in the UK is enjoying a healthy and extremely interesting transitional period; one which I would draw parallels to the 93/94 “proto” era when people were literally making up the rules as they went along,” explained Mumdance in an in-depth interview with RA. “This mix is an ode to that time and our attempt at throwing some ideas out there, with the hope of sparking some imaginations & pushing things further forward.”

Entitled Pinch B2B Mumdance, the 19-track mix is described as having the ethos of a “mixtape”, and will be almost fully comprised of unreleased material. As well as a number of solo tracks from the respective producers, a number of collaborations between the pair will feature, as will fresh tracks from close associates such as Logos, Ipman and Alex Coulton. Although the mix was not recorded live, as Mumdance explains, “I see this mix as a scene report, or a “state of affairs,” a document which encapsulates what is happening at the moment and the possibilities for the future.”