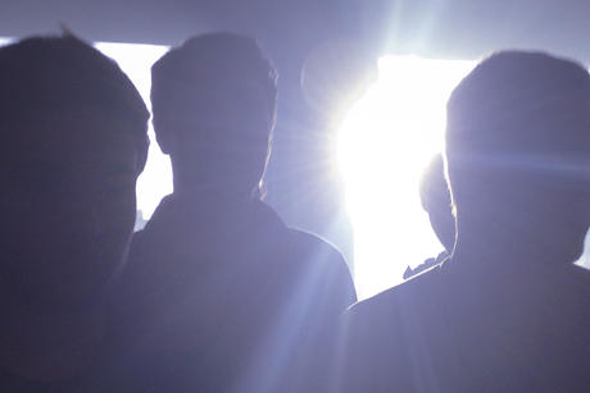 The London trio will release their debut LP on Modeselektor’s label in August.

Fans of Dark Sky may have been wondering what happened to the group this year leading up the announcement by Monkeytown that they’ll be the ones to release the troupe’s first LP. Made up of Carlo Anderson, Matthew Benyayer and Thomas Edwards, Dark Sky have released twice with Monkeytown’s sister label 50 Weapons in 2011 and 2012, and have appeared on various compilations Monkeytown have put out over the years. Calling the LP imagin, the trio cite London internet radio station NTS as “a big factor in helping us gather new ideas and inspiration”, while explaining that “writing the album was also heavily influenced by how we were going to interpret it in a live scenario, which is how we will be touring the album in the very near future.”

Since debuting on Black Acre in 2010 they’ve had remixes turn up on Young Turks and Ninja Tune and released records on Bristol’s Tectonic and most recently, and surprisingly for some, New York label Mister Saturday Night. The group also issued a statement saying: “We are hugely honoured to be releasing our debut album on Monkeytown. As long term supporters of our work, it feels like a very natural fit for the record given how our sound has evolved during the writing process over the last 2 years.” There’s no tracklisting for imagin yet but a short promotional clip for the album can be viewed below.

Monkeytown will release imagin on August 22 while the first single from the album “Silent Fall” will be available on August 1.