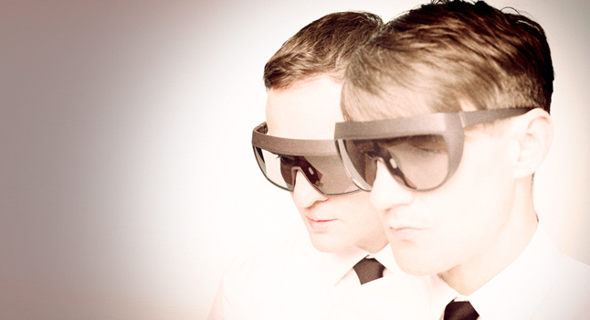 After a string of EPs Carsten Nicolai and Olaf Bender present their project’s debut album.

As to be expected from a label such as Mute, 2014 has already been a busy year with the release of Swans album My Father Will Guide Me Up A Rope To The Sky and the Mess LP by American noise band Liars, to simply name two. It’s now that Mute turn their attentions to a strictly electronic affair with the announcement of a debut album from Diamond Version, entitled CI (short for Corporate Identity) and due in early June. A press release has described CI as deconstructed techno and dread static, while explaining that throughout tracks “Science For A Better Life”, “Access To Excellence” and “Raising The Bar” slogans were borrowed from advertising and marketing to help push the album’s narrative – for an earlier example of this technique, see Alva Noto’s “Uni Acronym” collaboration with Anne-James Chaton.

Respectively, Carsten Nicolai and Olaf Bender produce as Alva Noto and Byetone and together they set up the Raster-Noton label in 1996. It wasn’t until they formed Diamond Version in 2012 that they started working together as a duo and leading up to the release of CI Diamond Version released five chronologically titled EPs for Mute. The first single from the album, “Were You There?”, features guest vocals from Neil Tennant of the Pet Shop Boys which is said to be based on a gospel song of the same name, listen to the results here. Other vocalists to appear on the album include Leslie Winer, once described by NME as ‘The Grandmother of Triphop’, and Japanese Raster-Noton artist Kyoka. 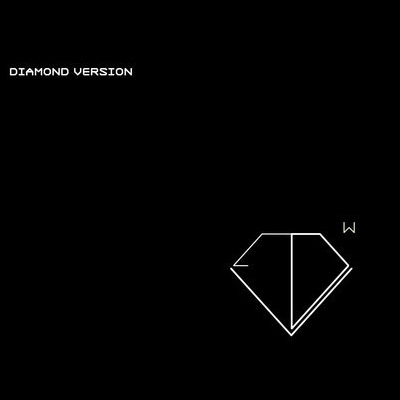 1. This Blank Action
2. Access To Excellence
3. Turn On Tomorrow
4. Feel The Freedom
5. Raising The Bar
6. Were You There
7. Operate At Your Optimum
8. Science For A Better Life
9. Connecting People
10. Make Believe