Luca Lozano – And It Was Good 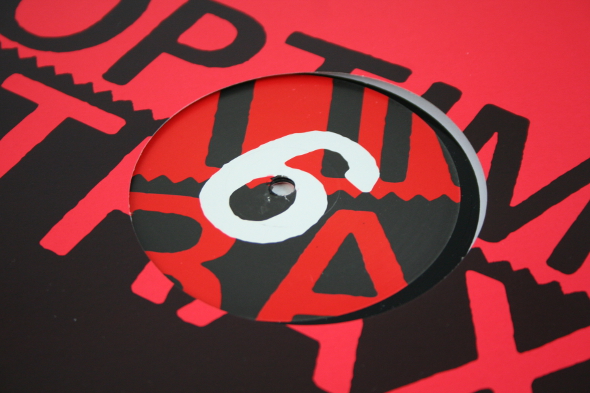 Before finding fame with Zombie Disco Squad (a project he’s no longer a part of), Luca Lozano was plain old Lucas Hunter, an excitable teenager from Sheffield obsessed with underground house and techno. He’d spend many happy hours in the Warp Records store on Division Street (long since consigned to history, following the influential label’s decision to sell up and move to London), flicking through racks of obscure early ‘90s house and techno records while influential local producers – the likes of Winston Hazel, DJ Parrot, Chris Duckenfield and Richard H Kirk – hung around the counter. At night, he’d tune into pirate station Fantasy FM, inspired by the blend of skuzzy rave music, Detroit techno, Chicago jack and good old Yorkshire “bleep and bass” drifting from the speakers.

It’s these formative influences, particularly “bleep” that the Klasse Recordings chief has chosen to explore on And It Was Good, his first outing on JD Twitch’s formidably reliable Optimo Trax imprint. It’s perhaps unsurprising that Twitch was keen to snap this one up; he has previously discussed his love of bleep techno, and regularly packs obscure Warp records from the period when he heads to gigs. As someone with a deep-rooted appreciation of the sound and knowledge of its history, he was in a good position to judge the authenticity of Lozano’s attempts to recapture the feel, sound and spirit of Britain’s first authentically homegrown take on techno music. He felt, as most schooled in the sound will when they hear And It Was Good, that the Berlin-based producer had “nailed it”.

Certainly, there’s no denying the depth of knowledge and attention to detail in Lozano’s bleep-inspired productions. Those with extensive knowledge of the sound will note audible references to influential records of the period, from the tactile dreaminess of Tuff Little Unit’s “Join The Future” and sparse intensity of Juno’s “Acid Thunder”, to the pioneering exploits of Sweet Exorcist’s scene anthem “Testone” and bubbling electronics of Nightmares On Wax’s “Dextrous”. Pleasingly, there are deeper influences, too, most notably the work of Xon, a short-lived collaboration between Rob Gordon and Cabaret Voltaire/Sweet Exorcist founder Richard H Kirk. Their one and only release, 1991’s The Mood Set on Network, remains one of British techno’s least-heralded classics. Amazingly, it was recorded in a single weekend, with Kirk and Gordon effectively jamming out a trio of deep, intoxicating, bleep-heavy tunes at the former’s Western Works studio.

Bleep techno, of course, was always more about the richness, warmth and heaviness of its soundsystem culture-inspired basslines – the sound of which was often a product of the immense engineering and mixing skills of Forgemasters man Robert Gordon – than the distinctive, ear-catching bleep melodies that featured on many of the tunes. Rhythmically, bleep techno records could sometimes seem stiff, too, whilst retaining a hypnotic late night groove. Pleasingly, Lozano has captured both of these key features on And It Was Good, whilst adding a contemporary swing and freshness that ensures the EP doesn’t fall into the realms of empty pastiche.

The title track sets the tone, combining many of these elements whilst offering the kind of dreamy shuffle that was once the hallmark of early 2000s tech-house exponents such as Circulation and Terry Francis. The opening exchanges feature the kind of fuzzy, lunar landing samples used to great effect on “Testone”, while the chiming, mood-enhancing melody (strangely familiar) adds a notable hook. There are also skittering percussion builds of the sort so expertly utilized in classic early Chicago house records. It’s a deliciously wide-eyed start to the EP. “Fantasy FM” takes things further towards classic bleep territory, lacing an LFO/Sweet Exorcist style melody over a raw, pulverizing, Rob Gordon-esque bassline and dreamy pads and keys that recall the aforementioned Tuff Little Unit production. The beats are a little less raw, though there’s enough warmth and weight to compliment the other elements. As a riff on a classic sound with a contemporary twist, you’ll be hard pressed to find better – outside the drum machine obsessed world of analogue revivalism, at least.

You’ll find greater stiffness to the beats on “Third Eye Open”, whose twisted, psychedelic acid lines and rising chords offer a neat counterpoint to the sparse, “intelligent techno”-influenced melodies. The track rises and falls attractively, pausing occasionally to offer words of encouragement (“bleep…bass”) via hazy vocal samples. It’s a deliciously rush-inducing blast from the past. Cleverly, Lozano and Twitch save the best till last. “Telekom”, built around the sound of a phone being dialed, is thrillingly fuzzy and murky. Within its heavy voodoo rhythms, thunderous kicks, curious vocal hits and bombastic bassline you’ll find audible nods to Sweet Exorcist’s sweaty “Clonk’s Coming”, A Sagittariun style psychedelic techno revivalism and early LFO. It actually sounds a little like a long lost, previously unreleased Xon track – and there’s no higher praise than that. It provides a thrillingly intoxicating finale to a joyous celebration, not only of Lozano’s formative influences, but also to one of Britain’s most potent dancefloor styles.