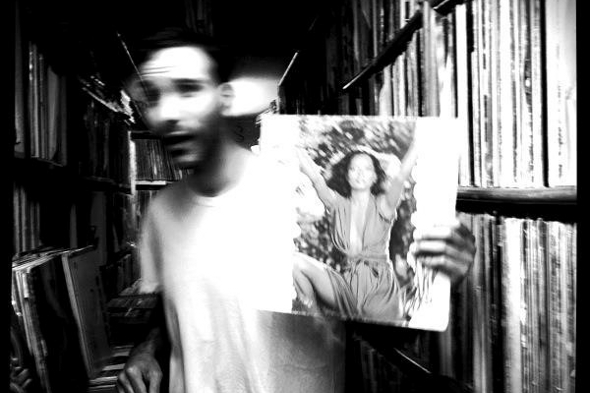 London promoters Make Me turn six years old with Ron Morelli playing at Studio Spaces in Shoreditch – we have two tickets for the event to giveaway.

The all-night session has become something of a trademark for the Make Me crew, with recent extended sets coming from Ben UFO and a back-to-back throw-down with Soundstream & Prosumer last December. So far this year they’ve hosted the one party with Roman Flügel, and as these London days get longer and lighter, they welcome in the changing of season with a DJ set from L.I.E.S. boss Ron Morelli alongside support from trusted residents Rubin, Rupes and Nic Baird. It will be the first time the New Yorker, who now lives in Paris, has played in the capital since L.I.E.S. took over Fabric’s big second room in November last year with Marcos Cabral and live sets from Legowelt and Svengalisghost.

As Make Me have described in their press release, the acquired Studio Spaces venue in London’s busy east end is a 250 capacity old Victorian loft with exposed beams, fitted with a Funktion-one sound system. Studio Spaces will be Make Me’s home for the next four months after this Morelli event, with other parties already confirmed with Donato Dozzy, Tama Sumo, Margaret Dygas, and a Pariah and Pangaea back-to-back set in April.

The competition will end at 2pm next Thursday, March 13 with the winning entrant notified via email shortly afterwards.

[jp_comp question=”What was the name of Ron Morelli’s album on Hospital Productions?”] 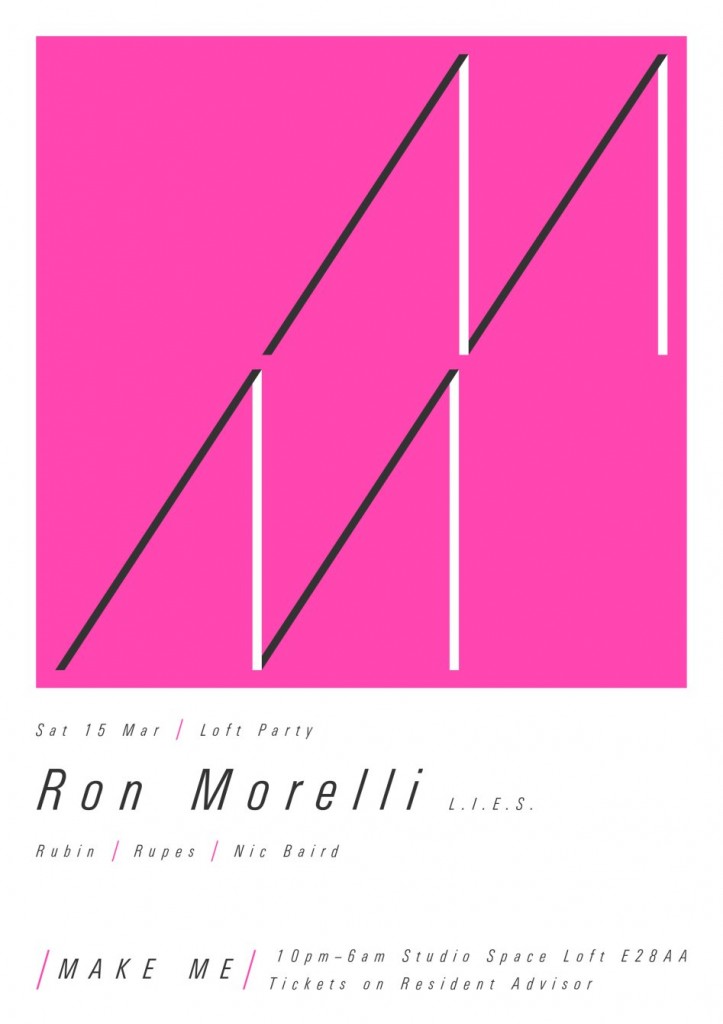