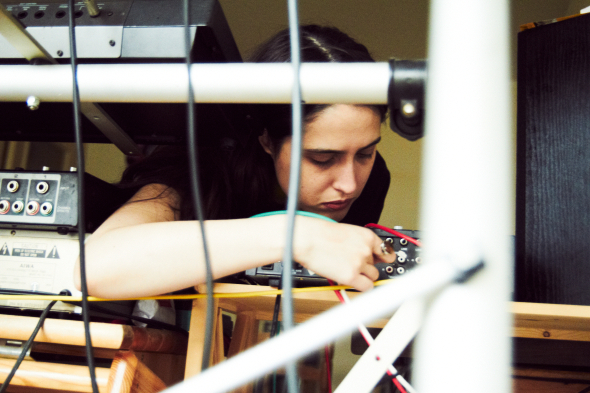 The Golden Pudel resident will release the first of two records through the Dutch label next month.

Helena Hauff was one of last year’s breakthrough artists in production terms, making her debut on the Werkdiscs label with Actio Reactio and subsequently gracing PAN under the Black Sites project shared with fellow Pudel resident F#x. This output is largely informed by her own DJing style that’s been honed at her Sunday evening Birds and Other Instruments residency at the Hamburg club, where you can expect Hauff to play electro, but incorporate acid and minimal wave amongst the rougher ends of house and techno. News of Hauff adding Bunker sub-label Panzerkreuz to her flourishing discography makes perfect sense in this context.

As RA report this morning, Hauff will surface on Panzerkreuz next month with Return To Disorder, a six track EP that includes a few productions that have been racking up hits and comments on her Soundcloud page over the past year – final track “Sea Shore Acid” can be streamed below. Panzerkreuz will subsequently issue a record from Black Sites which takes the form of a split release with Den Haag duo Ghetto Gem, and is pitched by the label as “acid house ghetto tech jam retardedness vs heavy-pounding and brain-crushing acidic darkcore techno insanity”. In addition to the previously announced Black Sites return to PAN, Hauff fans will be glad to hear she is working on “something special” for Werkdiscs.

Panzerkreuz will release Return To Disorder by Helena Hauff next month.