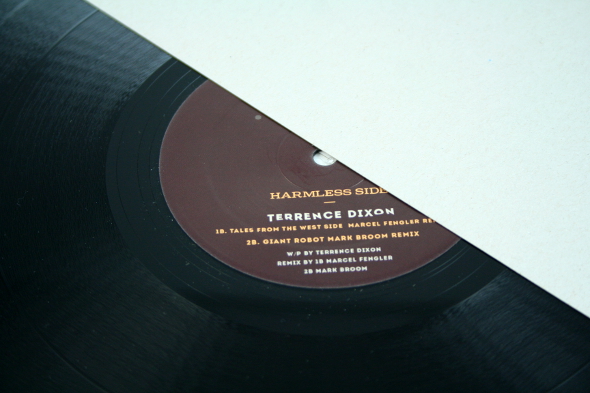 What sacrilege is this? Someone has had the bright idea of handing over Terrence Dixon’s music to a bunch of other producers for a remix release. Dixon is after all a master of his chosen art; and like a weekend painter trying to capture the essence of a Monet, a project of this nature had real potential to fall flat on its face. Thankfully, Emmanuel Ashoka Beddewela’s ARTS label has put some thought into the choice of remixers with Mark Broom, I:Cube and Marcel Fengler all providing interpretations that while not matching the original versions push the Detroit producer’s music in unpredictable directions. 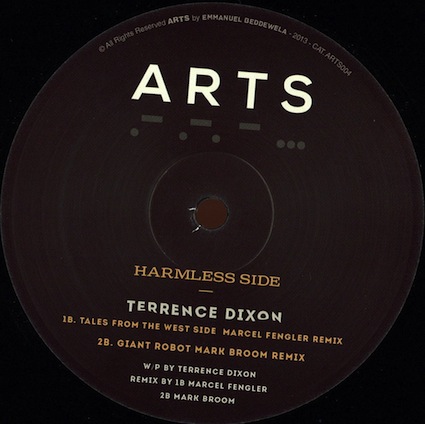 Mark Broom’s reshape of the title track is the most raucous; like his recent release for Power Vacuum, it sounds like he has abandoned his brief flirtation with sun-kissed Ibiza house for tough, abrasive techno. Stomping kicks, edging towards distortion and cheese wire percussion combine to provide a basis for shrieking, banshee-like screeches. It’s about as far from Dixon’s obtuse, considered approach as is possible. I:Cube’s take on “Self-Portrait” manages to portray both author and remixer in a different light. Darker than the French producer’s oddball house, steely drums are rolled out mercilessly and a swirling wave of malevolent synths engulf the arrangement. Just as the listener is convinced that I:Cube has had a personality transplant, the track breaks down to the sound of samples from US daytime TV.

There are no concessions to humour on Marcel Fengler’s version of “Tales From The West Side”. This remix is the closest in spirit if not sound to Dixon, albeit when he’s exploring the most disturbed corners of his psyche. A pitched-down vocal sample is reminiscent of the one in Losing Control, while cold, atmospheric layers and a Mentasm bass sucks the listener down a dark corridor and delivers the right measure of fear. Dixon may be one of techno’s demi-gods, but just this once, we’ll let the heathens prevail.

A1. Self Portrait (I:Cube Remix)
B1. Tales From The West Side (Marcel Fengler Remix)
B2. Giant Robot (Mark Broom Remix)