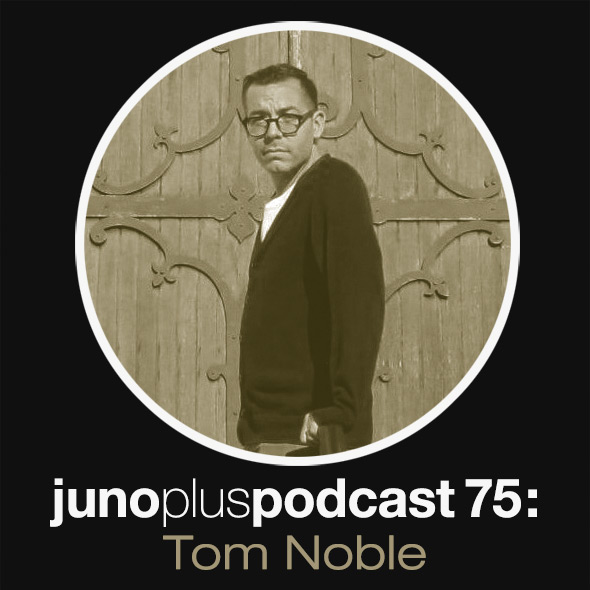 We head to the discothèque with an hour’s worth of disco and boogie from Superior Elevation boss Tom Noble.


As the podcasts this year have been predominantly house and techno orientated, we decided to mix it up and add some boogie flavour to proceedings, and who better to do that than Tom Noble? If you’ve invested some time and money in buying disco or boogie records over the past few years then the name Tom Noble should be a familiar one. One of the deepest diggers currently operating in the USA, Noble’s been involved in label endeavours such as Superior Elevation, Lotus Land and People’s Potential Unlimited for the past decade that have shone new light on all manner of hidden gems from the annals of US funk, disco and boogie. Check the Discogs listings for the records reissued on Lotus Land for an idea of how respected a digger Noble is.

It’s clear that Noble’s eye and ear for synth-crazed lo-fi disco and boogie informs his own productions; first spotting his name on a remix credit for a 12″ by The Loni Gamble Band issued on PPU in 2010, Noble’s subsequently turned in killer productions for Future Times, Clone Loft Supreme and Liger Vision, as well as providing one of our favourite remixes of recent times with his rework of Klaus Weiss for FACES. We put the request out for a mix from Noble, and he graciously accepted despite a recent move across coasts from Los Angeles to Brooklyn, New York. The subsequent 61 minute selection features all manner of fresh and unreleased material from Noble, who was also kind enough to answer some questions on how the move to NYC was working out, and what his Superior Elevation label has planned for the coming year.

Thanks a lot for doing this mix Tom, what can people expect?

How was it put together?

I slapped this one together through Pro Tools. It was a gang of files, and I don’t have a CDJ set up here, so just did a little collage in Pro Tools. nothing fancy.

I believe you just made the move from LA to New York City, what precipitated this decision?

The same reason that initially brought western settlers to LA is what brought me and my wife to NY. Prospecting.

Have you found a notable change in pace between the two cities?

Does the pope shit in the woods? God yes. The learning curve is still hitting me. People tend to hate their cold miserable lives in NYC, for the most part. No patience. No temper. No manners. California in general is an amazing place to live a peaceful and satisfied life. But the hustle is too slow there for the most part, which like I said before is part of why I had to cut short my stay there.

I read a really cool interview you did with Testpressing as part of their 20 Questions series so I don’t want to go over old ground, but you’ve been Djing for 15 years now correct?

Yeah. The first 10 years of DJing were spent selecting rather than mixing. Probably due to my early fear/hatred of electronic music. I only got into mixing after 2006 as necessity, because my sets were usually full of rather long disco and disco-rap 12″s – which require mixing. I’m glad I picked up those skills; lord knows they have saved my ass in more than one discotheque. But the fact of the matter is, you need to know how to select just as much. A DJ is there to please people who are dancing, albeit good ones know how to do it on their own terms.

Let’s not dwell on the lows, but what have been some of the highs over this period?

The first ever house parties I played with my brother Andy, playing on one turntable and taking turns. I learned the most during this stage. The 7 years of doing a mod party which ran weekly in Milwaukee. The Goods in MTL. Wetplay in Manchester. Both gigs I did with Ben Taffe in Perth. These are the places where people feel the music the most. They need it. Unlike bigger cities where folks tend to be staring at the phone and making connections.

I think I stumbled across the name Tom Noble by accident, I picked up a release on PPU with your remix and then went on a bit of a binge, getting your Clone release and so on. How did the hook-up with Andrew Morgan come about?

He was my biggest client. Andrew loved our Lotus Land releases. So much so that he asked me how to start his own label. I loved his energy so I showed him the ropes. How to license, find artists, and market product. I came up with the name People’s Potential Unlimited and gave him the diamond logo gratis. He’s always hooked me up with the releases first. We tried to sign Dam Funk before Stones Throw. One fun fact nobody knows about Andrew is that he is a skilled clay animator.

Well thanks. That track is what I like to refer to as my “house” tune. A direction I’m hoping to further explore this year, as well as techno. I think I’ve been running from those two styles long enough that I can now get down with them and give them a spin. My favorite production yet is by far the new material I’ve been completing for my new band House Of Spirits. It’s raw underground soul/disco music that can be played on radio and clubs alike. A true reflection of where I’m coming from.

What’s your association with Liger Vision? It’s a bit unclear who is behind it?

Liger Vision Media is a name of a company that never existed. It was given to my friend Matt Rowland by Peanut Butter Wolf at some point in LA. Matt was a designer for Stones Throw. I met Matt whilst hanging at the old Funkmosphere party. Matt lived close and we jammed out on some cover tunes, including “sexy ladies drive me crazy” by Love Bone Band. During those jams I wrote the whole EP that Clone picked up by myself at the crib. Matt disappeared from LA about 2 weeks later to relocate to Knoxville, TN forever. I decided to name the EP after him, as he was a cool motherfucker and a serious motivator. Matt is the “Liger”.

How much of your week do you spend looking for records?

And where have been your places to dig in New York so far?

All over! I will say though that the golden era of New York digging is past its prime. It’s best now to find endless amounts of cheap 12″ singles. Garage is the easiest and best stuff to get for your money. Academy is king. Record Grouch a close second. The Thing for those who have no fear of fecal matter and live rats.

What do you have planned with Superior Elevation for the coming year?

Superior Elevation is a blank canvas. I have one really cool disco 12″ coming out soon by a group by the name of Mystic Pleasure. It rules. But I’ve decided to chill on reissuing stuff as most artists are victims of the past. They want more money than the modern world of the fucked over music business world can offer. Maybe they are right? Who cares. I’m over it. Time to highlight new shit. New artists who just want to rock and know they are never going to see a dime even with a crystal ball.