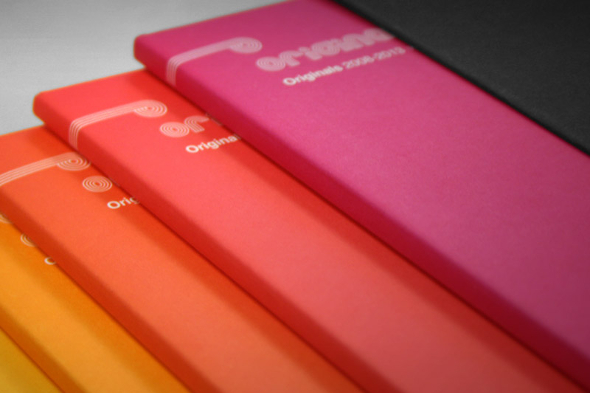 Given the attention to detail shown on all Claremont 56 releases, it makes for little surprise that the label went all out on Originals 2008 – 2013, the 5LP Originals box set released to commemerate the end of their compilation series. Each of the record came housed in its own individually coloured gatefold sleeve containing detailed sleeve notes pertaining to each volume of the series. Collectively housed in a luxurious cardboard box, the presentation was befitting of what’s going to be a sorely missed series.

Of equal note was the attention to detail paid to Restless Idylls, the debut album from Tropic Of Cancer. Whilst Juan Mendez may no longer be involved in the project, leaving Camella Lobo to continue under the name solo, his creative talents were still used for the superbly framed cover art, which hints that the band’s sense of romantic longing still remains though its delivery is significantly brighter. Blackest Ever Black scored double points last month with their 12″ of minimalist rock from Raime’s Moin project impressing thanks to its stark photographic sleeve.

Vivid colour was the defining factor on the Studio Barnhus debut of young Baba Stiltz, whose Our Girls 12″ was accompanied with the sort of humorous artwork from Stockholm illustrator Theodor Johannson and the label’s in-house art director Makode Linde one instantly associates with Barnhus. Were there such a thing as a Best Record Sleeve Hall Of Fame, Antinote’s design agency of choice, Check Morris, would be honorary members such is their continually impressive and diverse approach. A second edition of Ritual House productions from the mysterious Albinos was complemented by artwork that retained visual consistency with the inaugural edition as well as being quite distinct in its own right.

Equally worthy of a place in such a fictitious institution are Beats In Space, who take a different approach; commissioning separate artists for each of their releases, final design work (removable vinyl BIS logo cling included) from the Will Work For Good agency lends an element of consistency to their discography. The London-based illustrator Jiro Bevis was tasked with the artwork for the BIS debut of Tokyo-based producer Crystal – having already worked with RVNG Intl, the label that helps out superstar DJ Tim Sweeney – and his bold yet simple work expertly conveyed his own penchant for pop perversion.

The strange imagery from Multi-disciplinary visual artist Matt Craven that adorned Huerco S.’s much talked about debut album has probably helped to further singe Colonial Patterns on our collective memories, whilst Misha Hollenbach’s abstracted collage of photography for the Lightrail 12″ from Bell Towers continued Public Possession’s impressive start as a record label. An even more fledgling label operation also impressed with the artwork for The Palace EP from Manchester club night/NTS show turned label meandyou riffing off the impressive cast of producers involved.

Distinctive artwork has been key to the rise of Uncanny Valley as much as the clearly vast pool of Dresden-based production talent from which the label draws from. Credit 00 has been part of the Uncanny Valley story from its earliest days, gracing the label’s second V/A release; the producer, real name Alexander Dorn, has also had a hand in establishing the label’s defined aesthetic thanks to his expertise in design with both a degree and diploma in Fine Arts. It’s not surprising then, that Dorn took full control of his latest Credit 00 release for Uncanny Valley with suitably impressive results.

Echoing Dorn’s multi-faceted approach was Belfast’s space cadet Jack Hamill whose return to the Clone Royal Oak label as Space Dimension Controller with the first in a series of Correlation releases demonstrated the producer’s artistic prowess. Each copy came with one of five randomly inserted photographic prints from the producer that were intrinsically linked to the tracks on the 12″ – a nice visually enriching approach that retains an element of consistency with SDC’s conceptual leanings.

Surprisingly there were no records from The Trilogy Tapes for us to fawn over in September but Will Bankhead still makes an appearance here with his fine work on Blue, the 12″ from the Moritz Von Oswald trio on Honest Jon’s which you need to hold in your hands to fully admire. One of Bankhead’s personal favourites is of course Eugene Hector, whose work as Tuff Sherm this year has tended to arrive adorned with some excellent artwork. This continued with Tuff Sherm’s Solvent Dream 10″ for the peculiarly named ANUS Records that featured a simple yet very impressive hand stamped art from Johan Kleinjan that spread across sleeve and record.

The hand screen printed artwork that adorned the Black Narcissus X mini LP for Signals label was similar in artistic approach to Bankhead’s aforementioned Honest Jon’s treatment, adopting a darker and more sinister tone wholly suited to the music. A more literal theme was explored on the cover-art for the self-titled album from The Celebrate Music Synthesizer Group which wisely chose to display the sheer amount of vintage synths used in the recording at Rotterdam’s highly respected cultural hub The Worm.

A new label called Mondo popped up last month; apparently inspired by the Italian cinematic genre of the ’60s, it is, according to the sleeve, ‘powered by Gerd Janson’s Running Back’. Former Jolly Music producer Francesco De Bellis helmed the debut release, adopting the L.U.C.A. moniker to demonstrate his love for library music, and this sonic approach was complemented by the sleeve design from CAMARA that evoked the releases of that era. A slightly more established label in Berlin’s O_RS returned with an equally impressive looking issue from the O*M*C*D pairing of Steffen ‘Filburt’ Friedrich and Andreas Wendland. Not content with the limited screen printed sleeve and random colour vinyl of the standard edition, O_RS manufactured a further 50 copies that include a t-shirt.