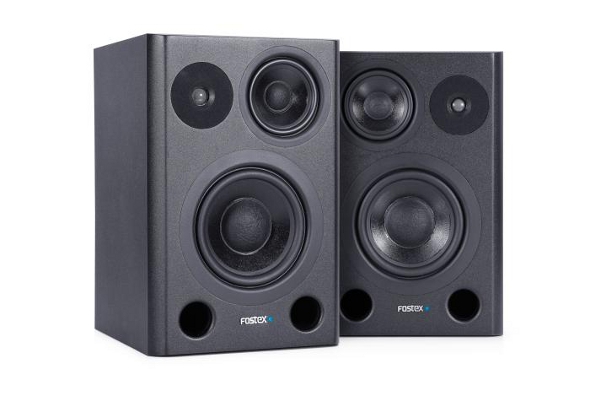 We give our opinion on the PM641s, the latest in Fostex’s range of affordable studio monitors .

Although Fostex’s history as a manufacturer of quality, affordable speakers for the pro audio market goes back as far as 1973, in recent times Fostex have probably been better known for their innovations in multi-track recording thanks to their collaborations with Alesis in the mid 90s. However, Fostex continue to show their show their passion for pro grade speakers in the shape of the PM series which has seen a number of updates in recent years, the latest of which is the PM641.

On unboxing a pair of PM641’s you are made aware of the pleasing weight that each unit has; clocking in at nearly eleven and a half kilos each, it’s reassuring that the Fostex build quality is of as high a standard as its predecessors. In terms of sound, the PM 641 is an improvement on the bi-amped speakers in the PM range such as the PM0.4 and PM0.5, thanks to its three way design. 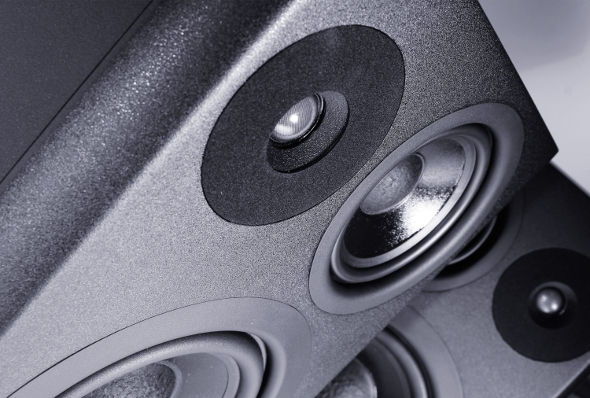 On the front, the cabinet has been designed so that the tweeter and mid woofer are placed side by side, with the tweeter on the outside, making a more efficient use of space whilst helping to curb the effects of diffraction (the bending of sound waves around small obstacles). Around the back there are two controls for shaping the low end by plus or minus 3db at 60Hz or the high end at around 10 kHz by plus or minus 1db. Each speaker has its own stepped volume control knob, making it handy to match the outputs. Inputs are via a balanced XLR or a 6.35mm TRS jack and the power is supplied through an IEC power cable (C13).

As an active monitor, no separate amplifier is required to drive them as each speaker has their own built in, but this time the PM 641 also has three independently powered drivers, with the six and a half inch woofer housed in a separate chamber to the mid-range drive and tweeter. This separation is designed to help dampen any interference between the three main components making a more efficient speaker. Using UFLC to manufacture the tweeter dome – that’s Urethane Film Laminated Cloth to you and me – Fostex assure us of clarity and transparency in the higher frequencies. They have designed the cabinet so that the tweeter and mid woofer are placed side by side, with the tweeter on the outside, making a more efficient use of space whilst helping to curb the effects of diffraction (the bending of sound waves around small obstacles). 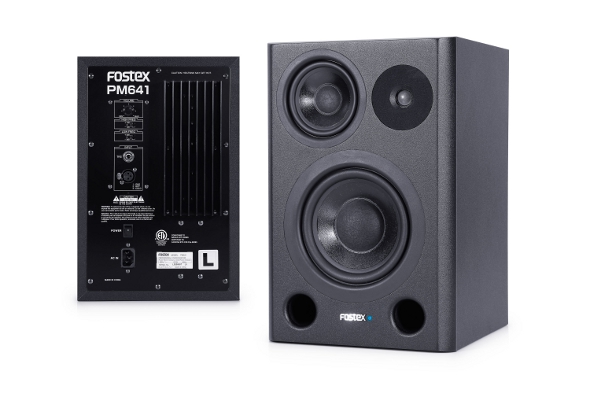 The woofer is made from Fostex’s own papered Kevlar, and will output around 50 watts of low end which bottoms out at around 55 Hz, while the four inch mid driver and ¾” tweeter both put out around 18 watts all the way up to a reasonably impressive 25 kHz. In practice, the top end the speaker creates is more crystal than previous models, if a little coloured, while the bass ports on bottom of the front of the cabinet allow you to place the monitors closer to your wall, keeping it in line with its near field specification.

Although some clear frequencies come out of the PM641s, these monitors do seem a bit on the quiet side, even for near field monitors. It’s true that physics have a part to play – the low driver is only six and a half inches across which is quite small to allow the low end to properly form, even though the specifications state that the lows stretch down to 55 Hz. However, this is fine if you are working in pre-production or if you are using these monitors to practise DJing with. 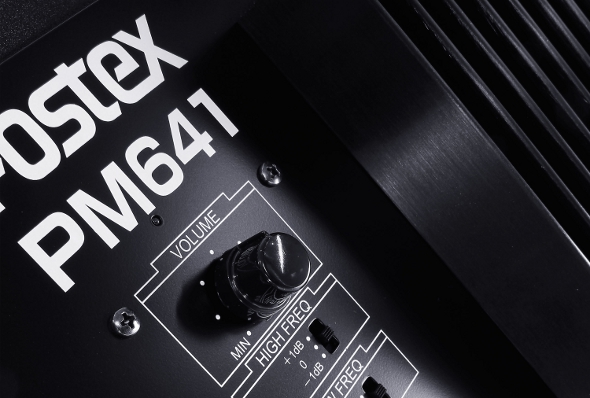 The nearest alternative to the Fostex PM 641 comes in the form of the hugely popular KRK Rokit RP6 studio monitors. Both speakers have a near field design that is suited to small rooms and for users involved with pre-production, DJing, or even broadcasting. The Rokit RP6 reaches marginally lower frequencies (49Hz) than the PM641’s, although the Fostex monitors top out at a higher frequency than the RP6 monitors, and the KRK speakers are only two way monitors while the Fostex are three way.

Although it is fully possible to mix down a track on a pair of PM 641s it should be mentioned that you may not be hearing everything you might on a big club or festival rig. We did a sweep of the high range expecting to hear some unpleasant frequencies screaming at us but there were none. This is something of a double-edged sword; although when listening to music you would rather not hear anything that is ugly or even harmful to your ears, when you are mixing, you need to hear everything. However, the PM 641’s are definitely a level up in terms of affordable near field monitoring and with their superior build quality and solid Fostex reputation you would do well to give them serious consideration.