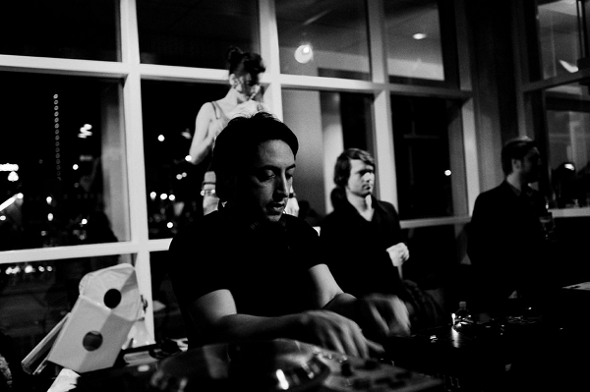 Tuff City Kids return to the remix grind with this stellar revision of Studio Luce – out soon on Cocktail D’Amoure.

Studio Luce is a new alias of Slow Motion Records boss Francesco Scala, a Berlin dwelling Italian who also operates under the excellent moniker Franz Underwear (a name that will be familiar to World Unknown fans) and his debut on the Cocktail D’Amore label marks yet another impressive release for the Berlin based operation. Launched last year by Discodromo and Panorama Bar resident Boris Dolinski, Cocktail D’Amore has delivered limited vinyl only issues by Lord Of The Isles, Heatsick and a collaboration between Italians Discodromo & Massimilliano Pagliara.

The calibre of remix commisions has also stood out with Cos/Mes, Prins Thomas and Soft Rocks among those previously called upon and for Defender X, the label have secured two Tuff City Kids remixes from Gerd Janson and Lauer as well as a two part effort from UK house stalwart Toby Tobias. The self explanatory Drums Remix from Tuff City Kids is available to stream ahead of Defender X dropping in 250 copies only style soon.