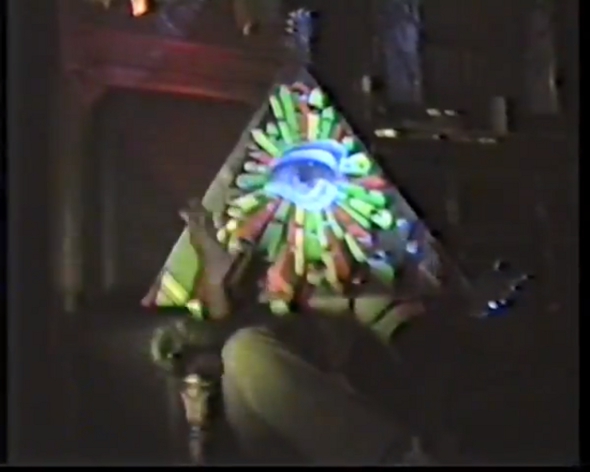 Further transmissions from the strange and unknown, as Eglo release a video for “Scarlet Jungle” by Strange U.

“Scarlet Jungle” may be the first official single and video from the duo’s forthcoming six track Eglo release, due out next month, but information on them remains as scant as it was when the label announced the signature of Strange U back in June. A collaboration with US rapper Shadowboxer Star, “Scarlet Jungle” is as murky and distorted as anything we’ve heard from them yet, and we think there might even be a sly literary nod within the occult themed video –  that pyramid head one of them is rocking is very reminscent of the curse spelling Peruvian shaman Today Is Tommorrow from Tom Robbins’ literary classic Fierce Invalids Home From Hot Climates.