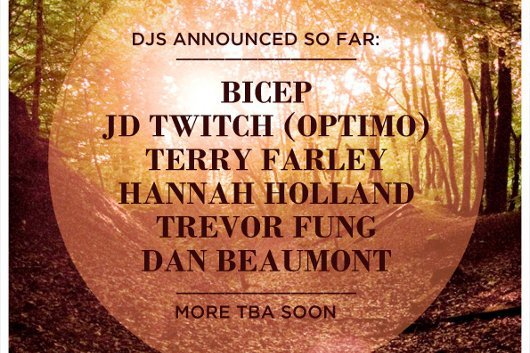 We have two tickets to give away to one of the UK’s best kept festival secrets.

Taking place in woods near Newnham in Hertfordshire on July 28, the Farr Festival has only been running for two years, but in that time has established itself as one of the UK festival scene’s most intimate events, with a capacity of only 2000.

Juno Plus favourites Society will be co-hosting a stage with The Ransom Note at this year’s Festival, and their stages includes Bicep and JD Twitch alongside the likes of Terry Farley, Trevor Fung, Dan Beaumont and Hannah Holland, with more to be announced.

In order to be in with a chance of winning a pair of tickets to the festival, simply email competitions@juno.co.uk with “Farr Festival” in the subject line, and the correct answer to this question: On which label did Bicep release their recent megahit “$tripper”? Entries will close at midday on June 11, and the winner notified by email soon afterwards.

Full festival details can be found at the Farr Festival website. Cheap tickets are available here.