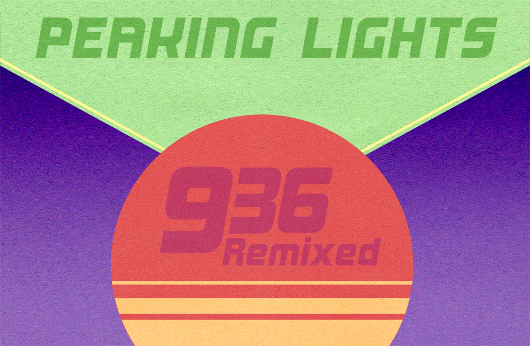 We’ve teamed up with ace L.A. imprint 100% Silk to premiere one of the tracks from the forthcoming Peaking Lights remix project.

936, the debut album from Peaking Lights released earlier this year on Amanda Brown’s Not Not Fun Records, has found its way into the hearts of ourselves here at Juno Plus, and indeed around the world for its heady mix of dub, psychedelia and disco. Their music will soon be expanded upon with a remix 12″ released through their sister label 100% Silk, entitled, appropriately enough, 936 Remixed, and will feature remixes from 100% Silk artists Ital, Xander Harris, Innergaze, and Cuticle.

It caps off what has been a stellar year for 100% Silk, who, in the space of less than a year in existence, have impressed all with their retro-leaning analogue-influenced charms, with singles from Sir Stephen, Maria Minerva, Ital and Innergaze all getting the Juno Plus seal of approval, and creating their own niche in a dance music landscape increasingly dominated by the darker sounds of bass-techno hybrids.

We have an exclusive stream of Cuticle’s remix of “Tiger Eyes” from the 12″ for you to play in the Soundcloud player below, which adds rich kaleidoscopic synths to the dark and bass heavy original, turning it into a synesthete’s delight.

Peaking Lights – 936 Remixed will hit the shelves in late November/early December in both vinyl and digital formats.