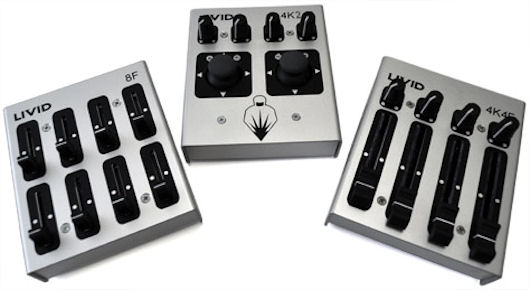 Texan manufacturers Livid have announced three new expansion module controllers for their Bloc and Ohm RGB units which can be used in conjunction with the Builder series.

Keeping in line with the highly bespoke feel of Livid’s range, the three new beveled anodized-aluminum modules add further possibilities to your existing rig, connecting via 10 pin expansion ports with a single ribbon cable. This is especially handy for laptop musicians as it’ll free up your USB ports for other devices.

No word on a release date yet but keep an eye on Juno for the product’s arrival.