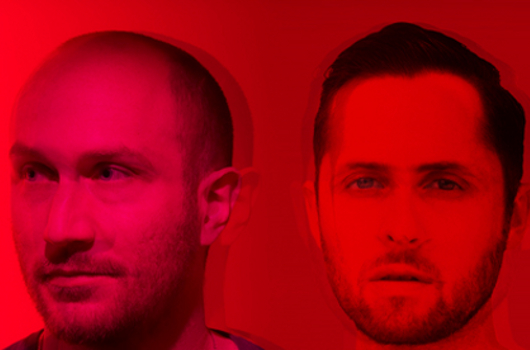 Whilst Lord will be familiar to those with a cursory knowledge of UK electronic music from the recent past, Nautiluss has his own history as part of the at one point very hyped duo Thunderheist, as well as having a more recent farmyard fowl obsessed release on Sinden’s Grizzly imprint as part of Bassanovva.

The unlikely pairing came about after the duo became friends on what sounds like a booze sodden tour of North America, with the first fruits of their collaborative endeavours being “Ultraviolet”, a particularly moody slice of twilight hours club tackle. It is backed with a Nautiluss instrumental in the form of “Bleu Monday”, a sub heavy, sparse yet kaleidoscopic deviation that seems perfectly suited for the Hemlock imprint.

Hemlock will release Ultraviolet by Lord Skywave and Nautiluss on 12″ and digital formats on September 26. Intriguingly, it will be accompanied by an as yet unspecified short film.