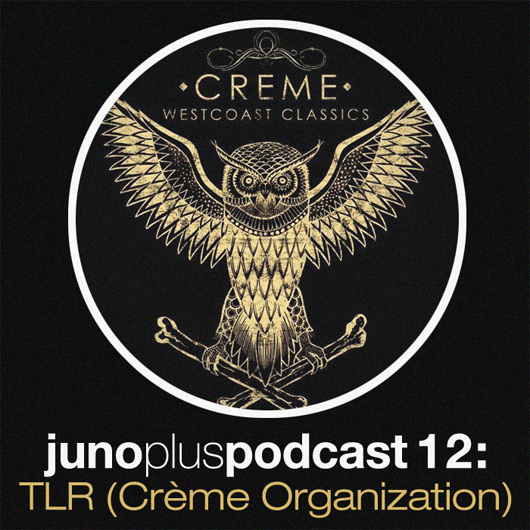 We’re super happy this week to present a mix by TLR from the titans of the Dutch electro scene known as the Crème Organization.

Founded just over a decade ago as an off shoot of the iconic Bunker imprint, Crème is now an independent operation and has grown exponentially to become a vital part of the music community that emanates from the Dutch West Coast. A resolute disregard for musical trends, or what the Creme crew refer to as ‘tasteless designer music by and for mindless jocks and inbred consumers’, has been present from the off. The musical focus has and always will remain on establishing and maintaining an identity that draws on strands of techno, electro, disco and house.

The label has over the years been responsible for releasing a raft of  productions from Danny “Legowelt” Wolfers under his myriad of aliases as well as putting out music by such diverse luminaries as Alexander Robotnick, Aux 88, Nami Shimada, James T Cotton, Traxx,  Bangkok Impact and Rude 66.  Such a strong schedule of releases have been crucial in forming the imprint’s identity and establishing Crème as a key underground label. The distinct visual identity overseen by Godspill’s Mehdi Rouchiche across the entire Crème discography and a commitment to releasing vinyl has further helped to engender such a strong following.

Recent times have brought under-appreciated classics such as the elongated DJ Sprinkles remix of Marco Bernardi, Basic Soul Unit getting rubbed down by 2562 under his A Made Up Sound alias and the distinct sounds of  shadowy UK producer Myriadd. It’s releases such as these which ensure the arrival of a new Creme Org 12″ is always greeted with a sense of anticipation, and meant the label was high on the list when we sat down to thrash out who we wanted involved in the podcast series.

Hopefully you will enjoy the results as much as we have, as label boss TLR leads you through just under an hour’s worth of swampy synth sounds, analogue jak and vintage industrial body music which includes a healthy smattering of Crème material.