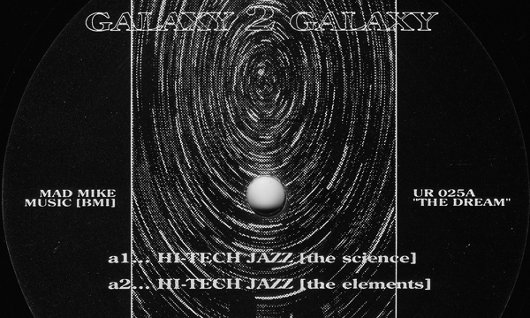 Legendary Detroit imprint Underground Resistance this week announced it was planning to reissue some of its most revered records, including Hi Tech Jazz.

The records, originally released as doublepacks, will be reissued as single EPs featuring “the most essential tracks”, according to this YouTube clip. Also set for re-release are UR-029 (Dark Energy), UR-033 (Electronic Warfare), UR-042 (The Turning Point) and UR-045 (Interstellar Fugitives).

The reason UR chief ‘Mad’ Mike Banks chose not to reissue the label’s material until now was his unwillingness to work with any other vinyl cutters, following the 2008 death of Ron Murphy from the National Sound Corporation (NSC). Murphy was responsible for cutting pretty much every big techno record to emerge from Detroit in the early 90s, and was affectionately known as “Uncle Ron”.

But three years after Ron’s death and after thousands of fan requests, Mike enlisted the services of Dietrich Schoenemann – a known UR and Ron Murphy devotee – from Complete Mastering.

A exact release date for the records hasn’t been set. In the meantime check out our recent feature with Glaswegian producer Jackmaster, who picked out his all-time favorite UR releases.