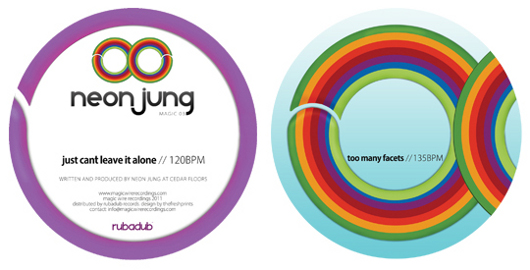 Lone’s Magic Wire imprint – until now a conduit for Matt Cutler’s own productions – has announced a new 10″ from relatively unknown artist Neon Jung.

Neon Jung’s release certainly adheres to the Magic Wire ethos of drawing on classic influences and dipping them in contemporary sonic aesthetics, with the two tracks dripping with seriously raved-up chords and a vintage electro bump that the press release likens to the output of Metroplex and Drexciya.

“Just Can’t Leave It Alone/Too Many Facets” will be released as a 10″ via Magic Wire on May 19. In the meantime you can listen to samples of both tracks via the Soundcloud player below. For those of you who missed it, be sure to check out our recent feature with Lone, in which he discussed out his top five releases from R&S.

1. Just Can’t Leave It Alone
2. Too Many Facets