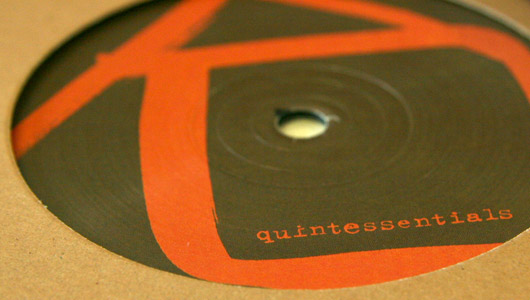 This week the Juno Plus editorial team used the pre-Easter lull to indulge in some more exotic sounds that would perhaps fly under our radar on other weeks.

Perhaps the most pertinent example of this was the latest 12″ from Matias Aguayo’s Comeme imprint. Chilean Pop squarely throws the focus down on Aguayo’s hometown of Santiago de Chile and sees a selection of Cómeme’s key players remix tracks from bands that form the city’s underground music network. Not being particularly au fait with either the bands in question or Santiago’s music scene in general, it’s naturally a bit futile to attempt comparisons. What is clear however is how easily adaptable the source material is to the humble art of booming club music!

Also suitably bewitching was the fourth round of Time To Express’s 61 Center Returning series,  with label boss Peter Van Hoesen once again at the helm alongside the ever excellent Donato Dozzy! Ensuring this release got full marks from Juno Plus, Stroboscopic Artefacts boss Lucy made his debut on T2X with a booming remix of Van Hoesen’s “Defense Against The Self” with dusty textures stretched across the rising machine funk dissonance.

And as we type the latest release from excellent London imprint Blackest Ever Black has arrived on our doorstep, with LA duo Tropic Of Cancer (a side project of Juan Mendez from the Sandwell District collective) at the helm. Entitled The Sorrow Of Two Blooms, it sounds like what would happen if Nite Jewel left LA for Birmingham and started making dystopian coldwave. We absolutely love it.

Elsewhere the recently released DJ Qu album Gymnastics was split into three equally essential vinyl releases (listen for yourself here, here and here). Equally thumping was the release from 4Lux boss Gerd, who stepped out on another Clone offshoot, this time gracing the Basement series with a forgotten gem found on some dusty old DAT tape.

And who said clearing samples was a nightmare? Rob Mello reacted to Skipson’s sampling of his material by serving up a remix of his own!  The result was the Mel Skipson Project, which has been released as a nicely packaged 10″ from ever reliable house imprint Quintessentials (pictured above).

Over at Juno Download HQ, Hyperdub head honcho Kode 9 hooked up with The Spaceape for Black Sun, five years after their debut album Memories Of The Future, for another eloquently crafted and superbly narrated journey through bass music’s ever-shifting landscape. With its milestones of dub, techno, house, dubstep and 2-step, the pair’s sound has unsurprisingly evolved into something fresh and new.

All you David Kennedy completists will be have noticed with a knowing nod the entry of Ramadanman’s 2007 jam  “The Woon” into the digital realm. Sadly not an ode to London based crooner Jamie Woon, it does however display Kennedy’s ear for space as well as sound, pairing murmuring vox, with hollow, tripping beats, gradually layering sounds like a finely woven musical cloth. Rounding things off there were some Lost Jams from Trickski (serendipitously released on the same week they announced their debut album), and an excellent EP from Maxmillion Dunbar on Future Times.

On the CD front, the Big Strick album Detroit Heat landed on the shelves and promptly started disappearing again; same goes for the album from mildly mysterious London trio LOL. Their sound is hard to pin down, coming on like a trip-hop head’s take on dubstep-pop after an hour or two in the studio with Instra:Mental. Whatever you want to call it, it’s certainly a promising debut.