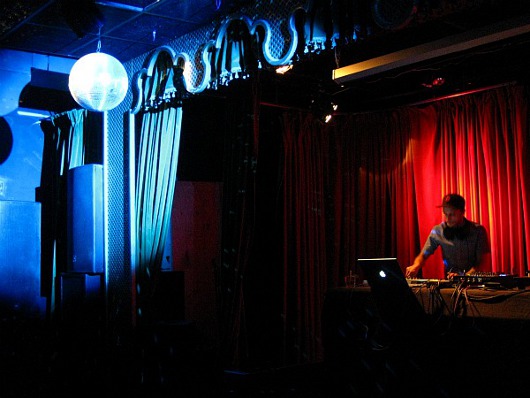 MUTEK, North America’s most respected festival of digital creativity and electronic music, takes place annually in Montreal.  The Avant_MUTEK series serves as an appetite whetting prelude to the main event, giving other lucky cities on the continent – namely Toronto, Vancouver, Chicago and New York – a glimpse of what the MUTEK vibe is all about.

Kicking off the series in Toronto, hometowner Knowing Looks warmed up the evening with a live P.A. of his bass/funky/tech melange of rhythm charged beats and melodies. Already getting rotation by the likes of Pariah, 2562 and Blawan, Knowing Looks punctuated things mid-set with a killer “accordion-tech” Roma-influenced track that really got the dancefloor moving. He proceeded to build and release the tension throughout his one hour set before exploding with “Abandoned Skips,” his homegrown stab of Toronto funky released on UK label WNRL. Already booked for MUTEK Montreal this year, Knowing Looks is definitely someone to keep a hawkish eye on. Heard in the crowd: “Did I tell you how fucking awesome this guy is?!”

When asked about his upcoming MUTEK Montreal set, Knowing Looks told Juno Plus he was planning to skip between “a variety of tempos, a variety of moods, and keep people guessing and confused without losing them”. And who is he most looking forward to catching at the festival? “Horror Inc. Marc Leclair has always been a really big influence on me. I’ve never heard Horror Inc. Project fully explored and I’m excited to see what he brings.” 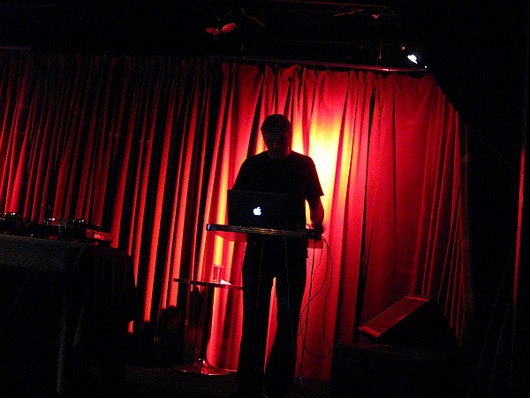 Montreal’s tropical/dubstep/2-step wizard, Bowly flawlessly carried on the vibe, playing a beautiful live set that started with string-drenched sounds and deep keys reminiscent of an exported Detroit sound with semi-stuttered beats.  The production on his tracks really stood out and amped things up a notch. Bowly has played MUTEK several times in the past and will perform this year as part of a newly formed duo. “I’ll be playing live, like tonight – pretty funky and psychedelic and groovy,” he said. “I know the material I’m playing but I improvise all the parts.” And who is he most looking forward to catching at the festival? “Definitely excited about seeing Floating Points. He’s a really amazing artist. I have a feeling he’s going to be playing with a full band. Also, FaltyDL and Jacques Greene from Montreal.” 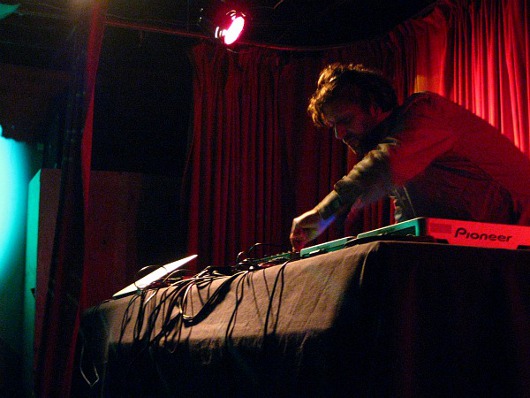 Having played a standout set at MUTEK Montreal 2009, it’s always gratifying to see and hear producers who are equally good at the art of DJing. Acclaimed producer Appleblim DJed a set filled with house sounds and refined 2-step rhythms – a nice change of pace from the dark Skull Disco Sounds of his earlier years with Shackleton.  “I only played a couple of my own tracks and remixes tonight. I always try to play a blend – UK funky, techno, house…” Appleblim responded when asked about the contents of his crates these days. He tells us to keep an ear out for up and coming members of the Bristol scene, Andy Mac, Kahn, and Arkist. Overall, Appleblim played to an appreciative crowd that stayed on beat with him to the very end. If any of you are thinking of taking one transatlantic trip this year, let it be for MUTEK.