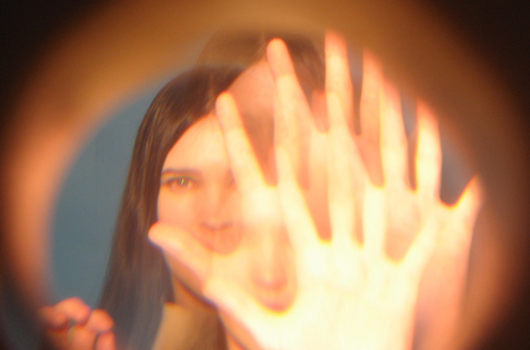 The week began with the traditional January freeze finally drawing to a close as a veritable deluge of quality vinyl across all genres arrived and has ended on a truly sad note with today’s news that Broadcast’s Trish Keenan has passed away after being hospitalised with H1N1 and pneumonia.

An official statement from Warp Records can be read here. RIP Trish, you will be missed.

You may have noticed we rolled out our tips for greatness in 2011 earlier in the week with Jamie xx featuring prominently, so it was a neat coincidence when his Diwali riddim meets slo mo gutter house shuffle of Adele appeared seemingly out of the blue on a one sided twelve inch not so soon after! Furthermore, it was a sterling week for twelve inches tinged with bass dynamics with George Fitzgerald’s brilliant “Don’t You” finally surfacing on Hotflush – check that SCB edit!, Jacques Greene’s superlative debut for Luckyme belatedly dropping on vinyl,  Apple Pips delivering yet again with two tracks from Bristolian Orphan101 and Tunnidge impressing us with the B Side on his new Deep Medi twelve.

Fans of techno are also spoilt this week, especially with the much awaited at Juno Plus debut release from Dungeon Acid – aka Swedish underground icon Jean-Louis Huhta – with a seven inch for iDEAL that truly delivers on the grainy youtube footage we’ve been obsessing over in recent months. The strictly limited return of The Man Behind The Screen on Automatik Datamatik with some outer galactic box jams on one sided blue vinyl, along with an equally overdue Mixmode twelve from Delano Smith are further reasons to celebrate.

Seventh Sign dug deep into the archives of Chicago house history with a remastered edition of a rare G Strings twelve inch from 1990 that was filled with a raw sensation modern day producers will be hard pushed to replicate, though the new Vinalog twelve from Berlin’s infamous Livejam crew goes close with an abundance of analogue brilliance. Also do check the new ‘don’t even try to describe when you’re drunk’ twelve from Swedish producers Shakarchi & Straneus which strays between classic deep house, nu-disco influenced piano jams, triple-beat Gonkyberg jazz and even a dash of downtempo with impressive ease.

On the download front, the disco section leads the way with the new Instruments of Rapture from Evan Evers featuring a top notch Balearic refix from John Daly the pick amidst Ajello’s collaboration with Heels Of Love on Solardisco, some cheeky edit action from The Deadly Sins and Disco Exotique and recent vinyl drops from Under The Shade and Apersonal finally arriving in digital form.

The January freeze on albums is slowly thawing too with Robag Wruhme’s decidedly idiosyncratic take on the art of the techno mix for Kompakt a definite highlight along with DJ Marky’s entrance into the Fabriclive canon.

We shall leave you with some cheeky visual light relief courtesy of one of our favourite producers in Erdbeerschnitzel – enjoy!