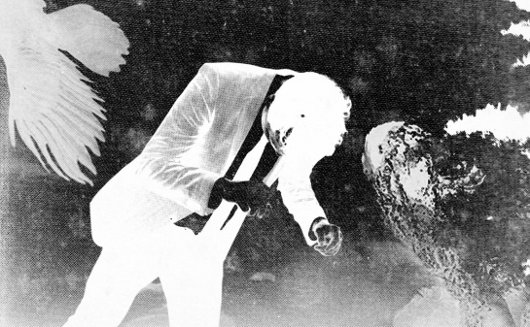 Those of you who missed out on the Sandwell District album, now sold out pretty much everywhere, have two options: cry into your pillow and pray for a repress, or enter this competition and put yourself in the running to see them in the flesh at Fabric on January 15.

We here at Juno Plus suggest you do the latter. For those who don’t know, Sandwell District is the UK-US techno collective comprised of Silent Servant (Juan Mendez), Female (Peter Sutton), Regis (Karl O’Connor) and Function (Dave Sumner), although it is just the latter two who fly the SD flag live.

They’ll be holding things down in Room 2 on Saturday, January 15, alongside Deetron and Terry Francis, with Agoria, Sascha Dive and Mr C taking care of business in Room 1.

Ahead of their appearance, the Fabric blog have scored a rather special two hour Sandwell District live set recorded at Plex in February 2010 – we suggest you check it out here and become enamoured with their idiosyncratic brand of brooding, dark-yet-danceable techno.

We’ve got a pair of tickets up for grabs, and all you have to enter is answer this simple question:  what is your favourite 12 inch released on the Sandwell District label? Answers in the comments section below.

The competition closes at midday on Wednesday, January 12, with the winner being notified via email shortly after.