Munk to release The Bird & The Beat 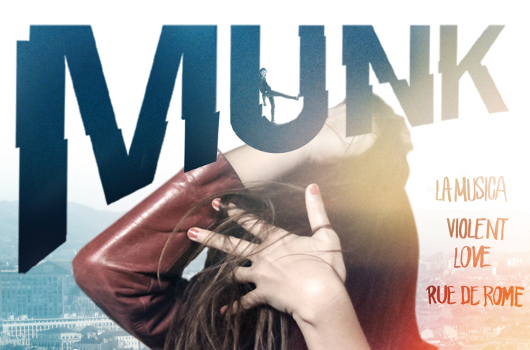 News has filtered through to Juno Plus that Gomma co founder Matias Modica has found time to add the finishing touches on the third Munk album The Bird & The Beat which will be released in February next year.

We’re big fans of the decidedly idiosyncratic take on house and contemporary disco sounds that Gomma seem to have nailed down to a tee with their Italo! House! Now! compilation a mainstay on the office stereo in recent months, so a potential third Munk album was greeted with a definite golf clap.

Modica’s been busy of late outside of making the hard decisions at Gomma, his ubiquitous track “La Musica” was picked up and used as part of Karl freaky Lagerfeld’s Chanel movie and there’s a slew of Munk remixes prepped for release over the coming months for Bottin, Etienne De Crecy, Ellen Allien, The Glimmers and Social Disco Club.

Munk’s prominence in the release schedules is set to spill over into the new year with the as yet unnamed third album preceded by the single “Keep My Secret” out in February, backed with remixes from the Juno Plus triumviate of excellence in Welcome Stranger, Rory Phillips and Jacques Renault!

The album features no less than twelve guest artists across the thirteen tracks including Bromley’s finest Lou Hayter of The New Sins and New Young Pony Club fame, silky voiced Permanent Vacation muse Pollyster and 21 year old Malaysian disco princess Sarah Ze. Whilst the majority of the tracks are brand new and unreleased, Munk has included some  tracks from recent EPs includuing the aforementioned “La Musica” which as well as turning the ear of Lagerfeld was included in the rather good Bugged Out selection from Friendly Fires.