Win tickets to see Jazzanova live at the Scala 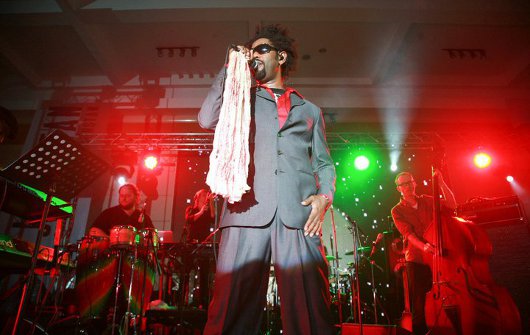 We’ve got a pair of free tickets for this Wednesday’s much anticipated show headlined by Jazzanova, which will see them play with a full band for the very first time.

Making a rare appearance in London, the Sonar Kollektiv dons will be joined by Detroit singer Paul Randolph on stage on what promises to be a special evening of music.

Expect a nice mixture of the collective’s early nu-jazz singles as well as a healthy sprinkling of tracks from the recent Of All The Things LP.

To enter the competition, simply email competitions@juno.co.uk and tell us your all time favourite Jazzanova tune. The winner will be notified before 5pm on Tuesday, November 16 via email.