Win tickets to see Theo Parrish and Kode9 in London 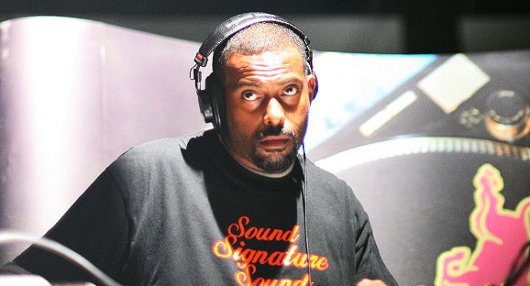 We have two tickets to give away for this month’s Deviation birthday bash featuring Theo Parrish and Kode9.

The Sound Signature don will be supported by the Hyperdub boss, thus continuing an interesting tendency among London club promoters towards booking US house stalwarts alongside UK dubstep artists (so far this year Omar S has headlined a Doldrums party, Theo Parrish has been supported by Actress and Moodymann has starred alongside Floating Points). The Juno Plus two cents worth? We love it.

Deviation man Benji B will of course also be in attendance, no doubt still swooning over Parrish’s recent mix for his BBC 1XTRA show, while Eglo gaffer Alexander Nut will hold things down in the bar room. The event will take place on Saturday, October 23 at Cable.

Now, about those free tickets: to enter, simply post the title of your favourite Theo release in the comments section below. The winner will receive both tickets and will be notified via email on Monday, October 11.

UPDATE: This competition has now closed and a winner has been selected. Congratulations to Rachel and thanks to everyone who entered.