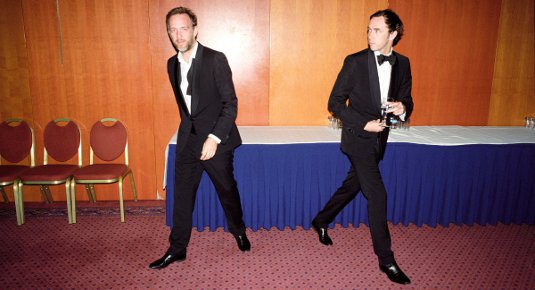 Last weekend’s Berlin Festival was cut short amid overcrowding concerns outside the main venue, with organisers admitting fears of a Love Parade-style tragedy were uppermost in their thoughts.

Two headline acts, namely Fatboy Slim and 2manydjs (pictured above), were unable to fill their slots on Friday night (September 10) at the event that takes place at Berlin’s Tempelhof airport.

A statement on the festival website read: “The sold out festival promised to be a great event. It started enthusiastically and smoothly on Friday morning.

“Unfortunately, after a 12-hour stage program, the situation changed at around 2.30am in front of the gates at (the) Hangar-4 stage when a large number of festival goers backed up in front of it.

“The festival had to be discontinued early. Before two main DJ acts – Fatboy Slim and 2manydjs – could conquer the stage, we had to get the audience off the festival grounds, a decision that was made in accordance with the police.”

The programming for the Saturday night was cut back to an 11pm finish instead of 6am.

The move, which organisers said was “a very hard decision that many might think of as too cautious”, was surely prompted by the recent stampede at the Love Parade in Duisburg which caused 19 deaths and more than 300 injuries.