The Greatest Show on Earth 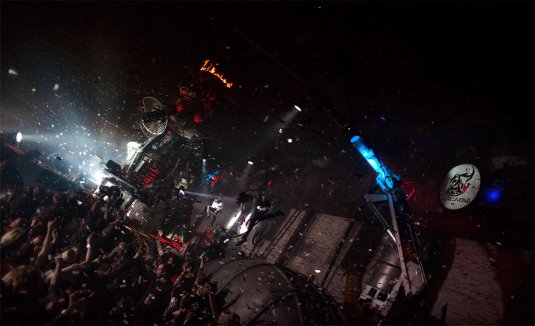 Combining music, pyrotechnics and a clubbing environment from a group of well established promoters (including Bugged Out, Glastonbury Dance Village and Bristol’s Blast, The Greatest Show on Earth comes together to produce a festival-setup party.

Reeling from the success of their sell out New Year’s spectacular, the promoters are getting together to host the upcoming event taking over a vast site comprised of a skate park, warehouse, terrace, tunnel, car park and nightclub at Motion in Bristol on Easter Bank Holiday on Easter Thursday 1st April.

The line-up across four stages will include the likes of Tiefschwarz, Vitalic, disco kings Retro/Grade, Deepgroove, Dirtybird’s Julio Bashmore, Tayo, Fake Blood and London’s Tomb Crew. Armed with their full range of pyrotechnics and circus acts, Arcadia along with creative souls The Secret Garden Party with their Fayre in the car park, and Team Love who gained their stripes from running the dance lounge at Glastonbury, will be offering a truly unique experience.