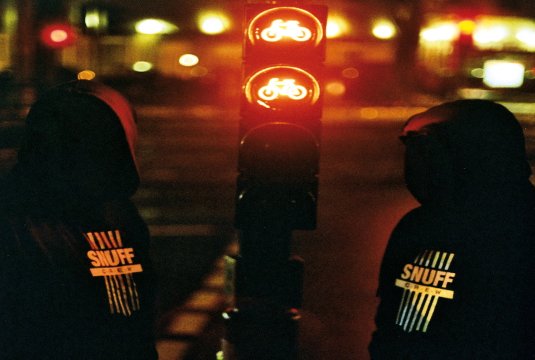 The hooded Chicago-influenced acid-heavy producers from Berlin bring back old school 303 and 707 sounds and hard minimal beats. Having graced imprints like Playhouse in the past, they released their debut album last year on International DeeJay Gigolo Records, and now pick out their favourite tracks for us.

This fantastic record comes from one of our favourite DJs from our most favourite club – the Berghain. “Kill Me” features the vocals of Elife (also known from Berghain) and reminds us of music from Mr Fingers and others. Tracks that go deep in our hearts!

We are also fans of Permanent Vacation. With “Coma Cat” Tensnake created a bomb of a track. This is pure summer feeling with a big, big smile…

“Jack 2” is our new mini album that is released digital only on our home label Gigolo Records!

“Here You Come” is a great house track for the upcoming spring time. “Yeah!”

5. Stefano e Bene feat. Hard Ton – Why Your Love / Snuff Crew remix
This is a remix for two crazy guys from Cologne. They are deep into Italo Disco (what we also love). We met them at our gig at Subway Club, Cologne. The remix will be released with the original and other mixes on a new sublabel of Compost Records.

Our remix of “White Line” is maybe deeper stuff than you would expect from us. It will be released as digital file.

This Split Prokect comes out on the label of our Italian frieds from Truckstop76th. Check it out!

8. Elec Pt.1 – Jakk U Upp
This is by Elec Pt.1, another big jacksound freak. The track “Jakk U Upp” is part of the first 12″ of our limited Vinyl series called “Snuff Trax”. It will be released… this year. Watch out for it!

Chip E is one of the legendary producers from Chicago. Actually we love all his stuff from the 80s.