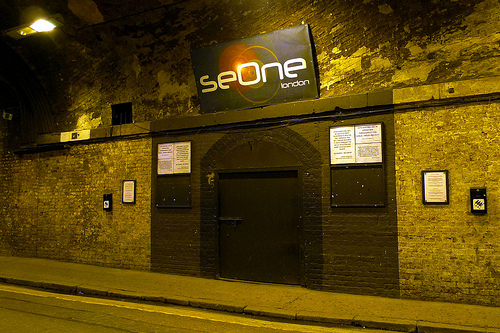 It has emerged that the seOne venue in London, which closed its doors this week, will reopen as a multi purpose venue.

Juno Plus can reveal that the new venue will be called Debut London, and will cater for live music as well as showing sporting events (particularly this summer’s World Cup), a regular boutique cinema, art shows, comedy and theatre nights and outdoor street events and mini festivals.

A press release circulated by the new owners says it will be “one of the city’s most exciting and innovative new music venues and event spaces”.

“As well as facilitating established bands and artists in the main room one of the objectives for Debut London will be to showcase up and coming new talent and there will be regular nights hosted by independent labels and promoters to do just that,” the release adds.

On Tuesday we reported that seOne had closed down with immediate effect. It came at a bad time for London clubbers, with threats also hanging over the future of Ministry of Sound and Plastic People.

Stay tuned to Juno Plus for updates as they emerge.