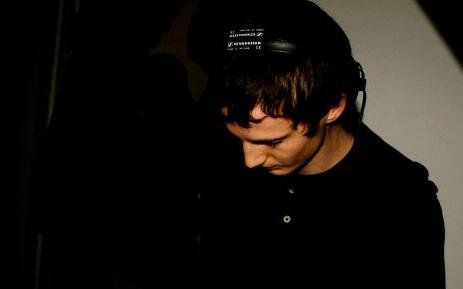 The main prize was a set warming up for Joy Orbison and a couple of free tix to the event. There were also £20 Juno Download vouchers for the top 5 entries.

The comp finished last Monday, votes are in, and it’s taken everyone a while to go through the huge volume of high quality submissions (over 100). The judging criteria is a combination of community feedback (plays and favourites) and final decision from the MMM team. Check out all the DJs who took part here.

We are now pleased to announce the winner – 20 year old South London dubstepper, Dodger Man. Here’s an interview with the Dodger Man himself:

Introduce yourself to the world…

My name is Sam Cassman and I’m from South West London in Twickenham. I’m 20 years old and have been producing/mixing for about 15 months now. I learned my tricks during a music college course, bought a pair of cheap CDJ’s and started a weekly set on radio station DubTerrain.net. Soon after that my first Dubstep release on Shift Recordings came out in early August 09.

Talk us through your winning entry for the BLOC DJ competition.

For the mix I entered, I spent about a day planning out then it was just a matter of getting it tight! I spent most of the time figuring out which tunes really fit together well, musical key and rhythm wise. I wanted it to show music i thought was boundary pushing stuff, 90% of the tunes i used were released in the last couple of months. I also included some of my own productions that no one had heard before to keep things exclusive.

How would you describe the music that you make and mix?

Most people would call me a dubstep producer but when I think of dubstep I think dark, smokey room with one light on and some serious moody low sub. I’d call the stuff I make 140bpm dance music. I’ve made garage tracks, housey bits, bluesy/jazz bits and all out wobble bits, I haven’t quite settled down on my style yet! Recently mix wise I’ve come to appreciate the deeper side of dubstep, my recent mixes have all been quite moody, i like to start off moody and build into the more uplifting stuff.

How did you go about promoting your mix and making sure it got noticed?

One word. Facebook, and I hit it shamelessly hard.

What else is happening right now in the world of Dodger Man?

A lot of stuff is going on. I have about 6 tracks forthcoming on various labels. The main one being a 12” on Awkward Movements a new label im really feeling right now, pushing all areas of the dubstep sound. You can check some sneak previews on my myspace and it should be out around March time. I also have a 4 track EP with SubDepth recordings on the cards in the near future.

In 2010 my hot tips artist wise are James Blake, really feeling his stuff, an artist called the K system who has some really big things coming and Mr lager who I’m really feeling at the moment.

You can listen to the winning mix right here – enjoy!