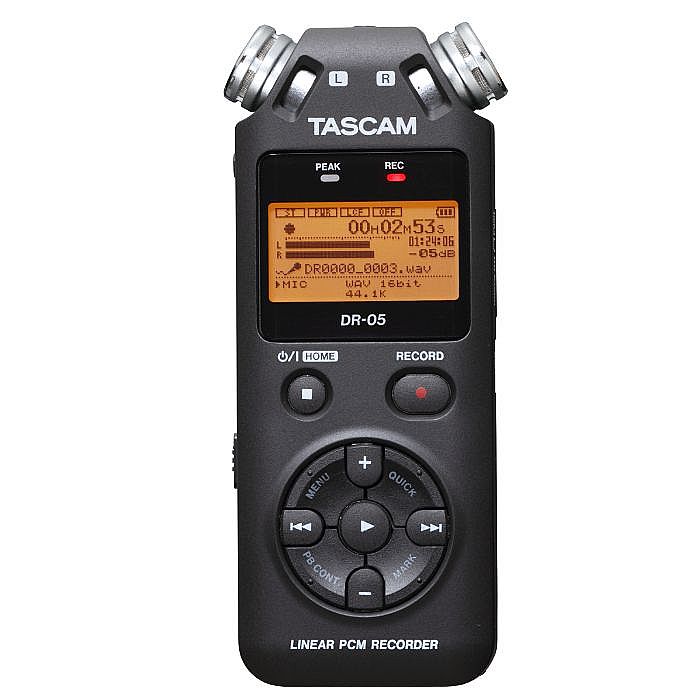 TASCAM's DR-05 brings high-quality stereo recording to an easy-to-use portable powerhouse with a size and price that anyone can handle. The DR-05 records in MP3 or WAV format - including 96kHz / 24-bit high-resolution audio - to microSD or microSDHC media. A pair of all-new microphones handles up to 125dB SPL with the sensitivity to capture every detail. With new recording features like Peak Reduction and Quick Menu, the DR-05 puts album-quality recording in the palm of your hand.

Everything about the DR-05 is designed to get the best quality recordings of your music. A new pair of built-in microphones withstands up to 125dB SPL - the volume of a jet plane from 200 feet away - yet still have the sensitivity to capture every detail of a performance. You can add your own microphone or line-level source through the 1 / 8" stereo input, including plug-in power for microphones that need it.

Internally, the DR-05's digital and analog circuit boards are built separately to increase noise performance, with a low-impedance design to further decrease hiss. A separate power supply is sent to the A / D and D / A converter for even better audio performance. The result is clean sound quality - over 92dB signal to noise ratio, under 0.05% total harmonic distortion and 20Hz to 40kHz response (-1 / +3dB) at 96kHz / 24-bit resolution.

The layout of the DR-05 has been revamped to be quick and easy to work with one thumb. Operations like recording, adjusting levels, deleting bad takes and adding markers are just a button press away. Dig deeper to find features like limiting, low cut filtering, a built-in chromatic tuner and more.

One new feature that makes the DR-05 easy to operate is the new Peak Reduction feature. This setting automatically sets your recording level by listening to the input and adjusting for the best level. Unlike Auto Gain settings, this one only goes down to prevent accidental distortion after a period of low level like a break. Peak Recording works in rehearsal mode or in record, so if the performance is louder than the soundcheck you're still safe. Used with the built-in limiter, it's unlikely you'll distort your career-making live recording.

Other classic TASCAM features are included, like Variable Speed Audition to loop and slow down music without changing the pitch - perfect for transcribing or learning new music. A Level Align function can be switched on for playback, to smooth out any sudden volume jumps, and a built-in speaker is also provided. The two AA batteries are enough to power the recorder for 17 1 / 2 hours, even while recording at CD quality.

For musicians and recordists at any stage of their career, there's no easier way to get great-sounding recordings than Tascam's DR-05.

The "DR-05" is equipped with omnidirectional stereo condenser microphones that can not only record sounds directly in front of the microphones but also record ambient sound from all directions. This is great for capturing the excitement from the audience such as at live events, producing realistic recordings. The recording format is compatible with 24bit / 96kHz, which is higher than CD quality.

The peak reduction function automatically lowers the level when a peak sound is detected and continues recording. The level can be set automatically according to the sound source, so it is easy for anyone to set the optimal level.
The "DR-05" has a total of three different input signal level adjustment functions including a peak reduction function.

The overdubbing function allows for overdub recording while playing a recorded file. This can allow you to record other parts of a musical production such as a guitar solo over a recording made at a rehearsal studio later at home. Overdubbing creates a new file, leaving the original file unaffected, making it easy to rerecord.

Reverb can be added for music demo recordings and overdub recordings to add a more natural resonance. Reverb can also be used during playback, making it possible to express the 'live' feeling at a hall by adding reverb to created music.

If the input signal level falls below the nominal level for more than 5 seconds during recording, it sets a mark when it rises above the nominal level again. This is useful when you want to search for a song position after a recording such as for live recordings. Marks can be used by BWF compatible software. 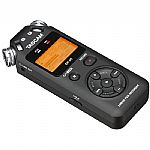 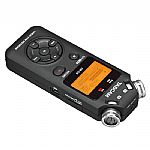 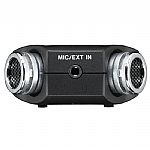 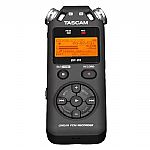 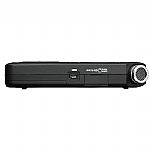 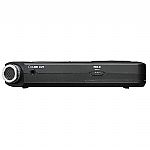 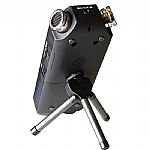