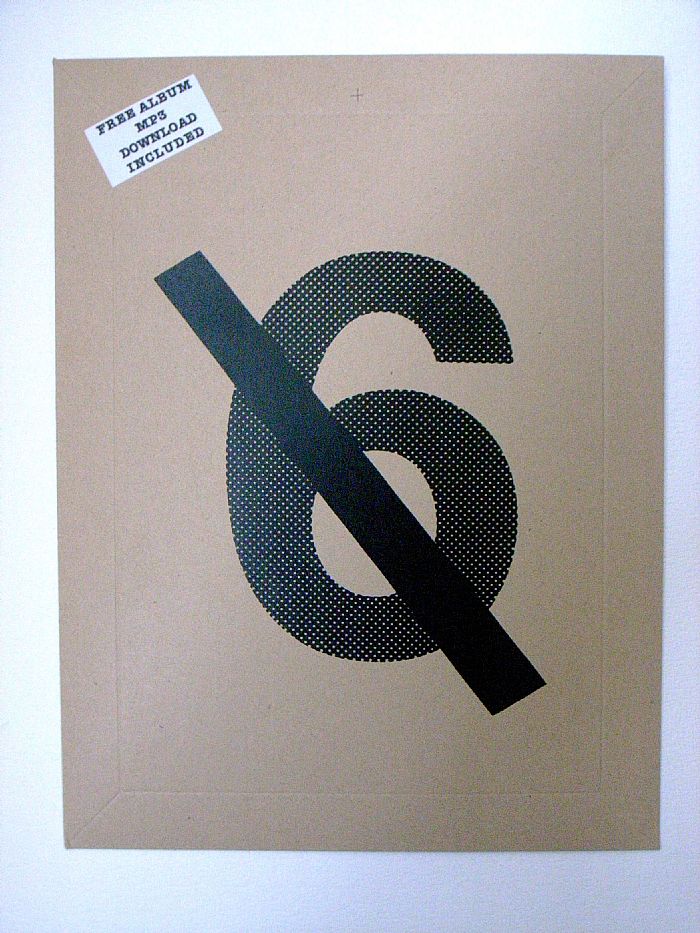 Headman / Robi Insinna's Artbook Album '6' comes together with '6' digital album. It is a mix of a Fanzine and an Artbook. The outside is screenprinted 1c, the inside is 2c. Every cover is individual, so every book isAa one off art piece. The Book comes in a envelope also screenprinted on the outside. It includes a free album download code on the inside. On each page of theAbook there are Robi's images and some stills from the "Work" video. It's all designed by Robi himself.
VIDEO: http: / / youtu.be / P1AY8X19YVM
Artist, producer and DJ Robi Insinna aka Headman released his first album 'It Rough' in 2001. He has also released tracks as 'Manhead' and remixed the likes of Roxy Music, Gossip, Franz Ferdinand , Richard Fearless, Nitzer Ebb, The Units, Unknown Cases, Gina X and Klein & M.B.O. The new album "6" feels like the conclusion of the music he has been putting out over the years. There are many collaborations on the album, with friends and artists he has worked with over the years.
Featuring on the album are Brassica, The Emperor Machine, Red Axes, David Shaw, Sam from Gramme, Rosie from hot new Berlin Act Ballet School, Brassica, Bozzwell and Tara from It Rough fame!
The album release comes accompanied by a Fanzine like Art Book with a download code for the album, there will be 2 x 12" vinyls together with the digital and CD release. The concept is further developed in the video for the first vinyl EP which is directed by Robi and has been premiered on THUMP / VICE TV. It's a fusion of art, fashion and music, the 3 things that in Robi's eyes should always go together. VIDEO: http: / / youtu.be / SWkaaVEX_mk
'6' is quite an eclectic album with a strong grounding in electronica whilst also staying true to the previous output of Robi and Relish Recordings. Some tracks can sound more like post punk ESG influenced, some more like pre-detroit machine funk, and some of the vocal tracks have a more pop sensibility!
The album was produced with loads of analog equipment which gives that organic feel, but Robi always stresses that he does not want to be just Retro, but take the best from the past and use it together with the technologies from now to create something modern.
Style is always something very important for his projects, the use of old synths, guitar pedals, tape delays, drum machines or emulations, and old Vintage gear was essential to create a vintage / classy sounding album, which is also reflected in the art book and the video. The video is filled with references from the past, late 70's 80's and 90's but again with a style and taste that makes it very modern.