Format: All Vinyl CD DJ Equipment Studio Equipment
Play All
Options
Options
Sort Artist
Items 1 to 42 of 42 on page 1 of 1 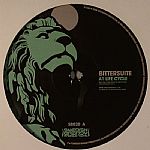 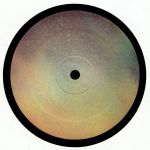 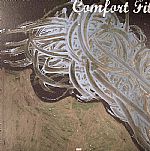 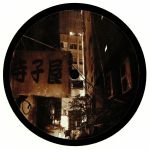 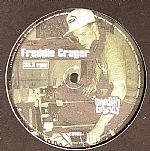 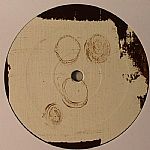 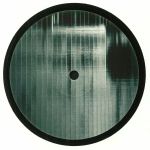 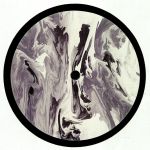 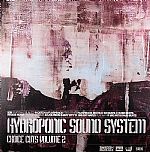 HYDROPHONIC SOUNDSYSTEM
Choice Cuts Vol 2 (12")
Swedish Brandy Sweden
Cat: SB 009. Rel: 06 Dec 05
Broken Beat/Nu Jazz
Review: This is the second release from Hydroponic Sound System. This time they are back with five hot tracks ranging from banning hip hop sounds to dancefloor breaks. New collaborations on this release is the amazing vocalist S'Ence and rapper MYK. S'Ence has previously worked with producers like Symbolyc One (S1) & Illmind. Their work can be found on the album "The Art Of One Mind" on BBE recordings. Hydroponic Sound System is the Dallas-based hip-hop collective whose version of dusted, musical hip-hop can best be described as global soul. Combining a myriad of elements into one coherent and deep sound, producers Skinny Fresh and Rube collaborate with multiple MCs and musicians to create music that taps into diverse influences ranging from Kraftwerk to dub to afro-beat to dancefloor jazz to late 80s NY rap.
… Read more
out of stock $8.37 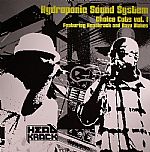 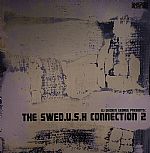 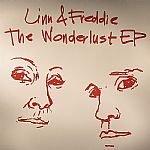 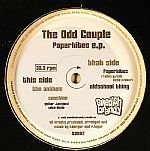 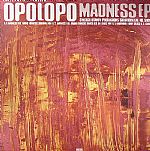 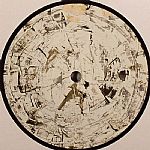 Andre OREFJARD
Push Your Love On Me (12")
Swedish Brandy Sweden
Cat: SB 008. Rel: 05 Oct 05
Broken Beat/Nu Jazz
Review: The title track 'Push Your Love on Me ' contains energetic syncopated nu-jazz beats with creamy vocals from the talented Miss Åström, put together with great jazz lines from the warm blue note horn section for a winning combination. The crisp and crunchy drums are a real treat for the ears, drop this tune and watch the dance floor come alive... On the flipside is the sublime 'Cookin', smooth vocals from the soulful May Yamani. Pulsing underneath are some sweet swing beat drums and deep bass, sprinkled with crystal rhodes and spicy moog sounds.- it's all in there, complete with his trademark warm blue note horns.
… Read more
out of stock $8.37 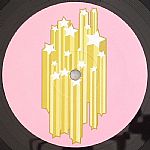 PONTY MYTHON
I Wish EP (12")
Swedish Brandy Sweden
Cat: SB 030. Rel: 26 Oct 15
Deep House
Review: Alexander Pietnev aka Ponty Mython is St Petersburg's quintessential disco house don, and for a city that gets to cold in the winter months, his tunes are always blazing. After numerous outings on different labels over the last four years, Mython lands on Sweden's Swedish Brandy label, and he's four cuts with him: "I Wish" is a deeply Detroitian house bomb in the style of Mike Huckaby and the like, while "Holy FM" is more swingy, and heavier on the percussion stomp - both proper house scorchers. Over on the flipside, "Keep On Using Me (Brother)" is a soulful, deep-as-hell house tune out of the underground, and "New Toys" adds in a subtle r&b flavor into the vocal chops. Good house tunes, simple as that.
… Read more
Played by: Replika (Quintessentials), Ionik (Traveller Records, KGS), Superbreak, Ponty Mython, Goddard, Lostlojic (Noneside), FUNKYJAWS
out of stock $8.90 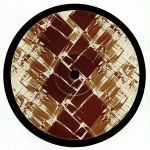 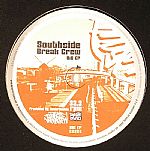 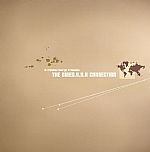 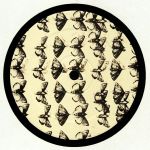 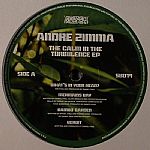 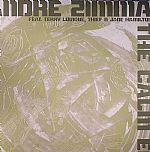 Andre ZIMMA
The Calm EP (12")
Swedish Brandy Sweden
Cat: SB 011. Rel: 12 Jul 07
Broken Beat/Nu Jazz
Review: Swedish Brandy Productions presents the "The Calm EP", by Andre Zimma (aka Slope). On this five tracker you will find the up-tempo club-killer "Hope Is On The Way", featuring Terry Lovique. "Time Exists In Memories" gives us a view of the eclectic fusion between electronica, folk, soul and Brazilian flavours. This is a delightful release.
… Read more
out of stock $8.37 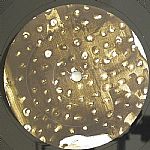 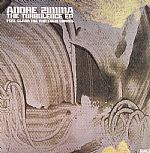 Andre ZIMMA feat CLARA HILL & COLIN CORVES
The Turbulence EP (12")
Swedish Brandy Sweden
Cat: SB 010. Rel: 27 Jul 06
Broken Beat/Nu Jazz
Review: "The Turbulence EP" is the first release from Andre Zimma aka Slope on the Swedish Brandy label. "You know like" could be described as a soulful broken beat number with a catchy bassline combined with strings and Fender Rhodes piano. Also "Music" is a slightly more afrobeat-inspired broken beat tune, with a deep, punchy bassline combined with funky keyboard hooks to keep the party crowd busy. On the flip, "Love is Everywhere" is the ultimate B-Boy tune, packed with funky percussion and string arrangements. Imagine the combination of The Incredible Bongo Band with the funky basslines of Pharao Sanders. Andre Zimma is made up of Daniel Paul Hoffman (aka Daniel Paul) and Hans Scaaf (aka DJ Honesty) - both live in Berlin. The Slope story begins in 1996, the year in which the Urberliner Daniel Paul bumps into the Cologne immigrant Honesty during a party at Berlin's alternative cultural centre Tacheles. Before meeting each other, both have already been musically active: Daniel Paul ran (and still does) the label Cabinet (first shelter for DJs like Tom Clark or DJ ZKY), and already produced electronic music. Honesty, besides producing and running his own label, got into the deeper techniques of making a studio work properly. The most fruitful fellowships start at parties, and as the chemistry between both is right, Hans and Dan decide to join forces on a common project. Slope is born, Daniel and Honesty spend countless nights together, producing ambient electronic tracks in their studio located in the Neue Schönhauser Straße just beneath the tramway tracks. Quite soon after teaming up, their first 12", "Planet H", is released on Interference Records, the legendary label of DR. Motte and Uwe Reineke. In 1997, the first Slope album "No Cookies" follows. Since then, the Slope guys have come a long way, discovering new musical inspirations like great soul artists such as Roy Ayers, Minnie Ripperton, Stevie Wonder and 60s/70s Brazilian music, the soul of Dollis Hill, native tongue hip hop, and, as they say, "all centuries of Detroit", musical frontiers have steadily been pushed further. As a logical result of this evolution, their music is progressively fusioning house, boogie, techno, broken beats more and more with jazz and soul. On an occasional DJ gig, Daniel Paul got in touch with the Berlin-based Sonar Kollektiv label, and will was given the opportunity to run his own sublabel, Mermaid records. Slope's 1999 release on Sonar Kollektiv/Mermaid records exemplifies the 'organic turn' in their music, to which they still stick: smooth, filter & electric 2 (charted by 4HERO, by the way), is a perfect fusion between electronic beats and organic melodies. Also, the first solo release by Daniel P. for Sonar Kollektiv/Mermaid records, "Regulus", that features the marvellous track "Islands", an epic amalgamation of south American guitar and chants with 808 beats, or the solo releases by DJ Honesty ("Honeydrop2" and "Yellow Sunglasses" on Cabinet Records), can be understood as a turn towards a more song-orientated understanding of clubby music. Since this time, the Sonar Kollektiv, full of like-minded artists, has definitely become Slope's home base. A few months later, Slope have caused a sensation, having released the track "Para Los Pinchas", that was licensed by Michael Reinboth for Future Sounds of Jazz vol. 8 (LP only), and a true cult remix of Paul Kuhns "Gateway to Crime" (for the label Crippled Dick Hot Wax). All of this came with rhapsodic feedback from insiders like Little Louie Vega, LTJ Bukem, Nik Weston, Alex Attias, Dublex Inc.... But even that was not enough: In early 2003, Slope released their first album for Sonar Kollektiv, "M", that was very well received. The tracks "Basscheck" (the one that is "so heavy, it needs its own bag to carry it") and "Your Time is Up" (yes, it's a remix of the first UR tune featuring the singer Yolanda, and it's Mad Mike approved) have caused a real buzz: played by DJs like Ewan Pearson, Jazzanova, Gilles Peterson and DJ Spinna, they have caused a global butt move. Since their early producer days, Daniel Paul and DJ Honesty have been spinning records all over Europe, often back to back, moving the people to the max, mixing house, nu Jazz, broken or late night boogie beats. In fact, it really doesn't matter if these two work as producers in their studio or as DJs in Clubs, they know no boundaries! November 2004 saw the release of the M - remixes by Envee, Lars 'LB' Berenroth and Yannick L. The future is dedicated to the release of a new album "Komputa Groove".
… Read more
out of stock $8.37
Items 1 to 42 of 42 on page 1 of 1

Stock: Show Out Of Stock

42
Show Out Of Stock

See all
42
Not Forthcoming
1
Last 6 Months