We round up the best DJ turntables on the market, from classic Technics to specialist scratch decks.

With the legendary Technics SL-1210 back in production and fresh products on the market from brands including Pioneer and Reloop, there’s a strong argument that the range of DJ turntables on offer is better than ever before. Vinyl may not be the only option for DJs as it once was, but despite the arrival of CDJs and DJ software, the turntable market is strong, buoyed in part by the vinyl resurgence. In no particular order, we run through the best options, from budget choices through to professional models.

What to look for

Looking through the options on our list, you’ll very quickly notice that most DJ turntables look very similar. The style and features of the classic Technics SL1200/1210 models set a blueprint which most other brands are happy to follow: solid construction, a pitch slider and simple looks.

The Reloop RP-8000 MK2 is the obvious choice for DJs who use digital vinyl system (DVS) software such as Serato or Traktor. It’s a clever hybrid turntable which includes controller features designed specifically for software.

The other unconventional turntable on our list is the Numark PT01 Scratch, which offers ultimate portability thanks to its compact size and built-in speaker. It even runs on batteries, meaning you could take it out when crate digging. A very different type of turntable altogether, but a good reminder that there’s much more to DJing than just sticking to the classics.

What do you get for your money?

Almost all DJ turntables are now direct-drive models, meaning they have better pitch stability and more power than the cheap belt-drive models which used to be common entry-level options. More expensive options look very similar to cheaper models, which means it’s sometimes not obvious what more you’re getting for your money.

In simple terms, more expensive turntables tend to perform better thanks to higher quality materials, more precise build and better components. At the top end of the market, you’ll generally find higher build quality but also more powerful motors and better quality sound thanks to better tonearms and superior electronics. You generally get what you pay for, and when you put the cheaper models side by side with pro-quality options like the Technics SL-1210 MK7 or Pioneer PLX-1000, it’s easy to see and hear the jump up in quality. 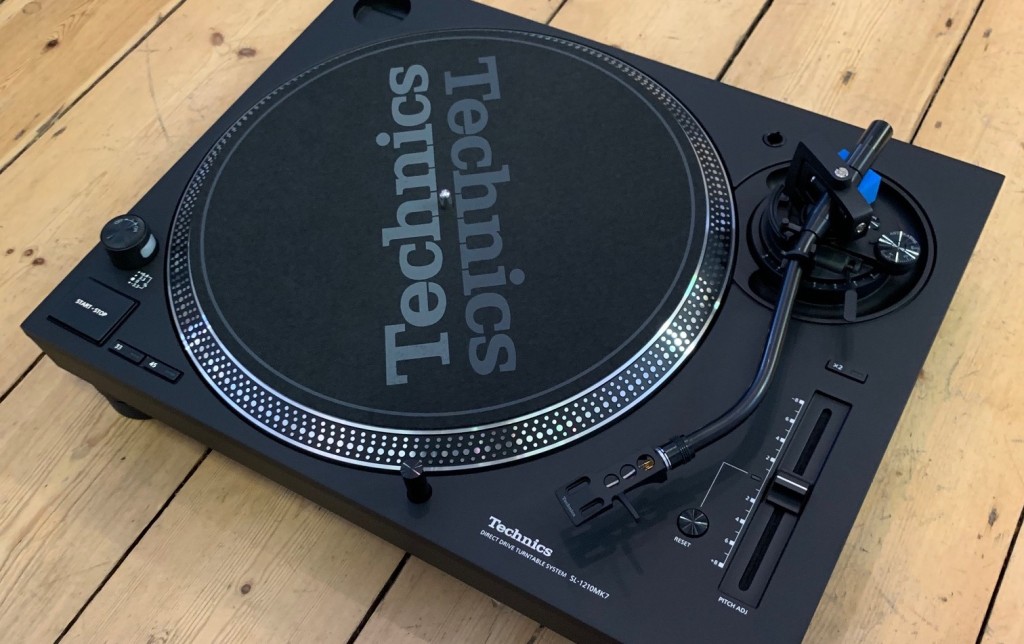 The discontinuation of the iconic SL-1200/1210 caused widespread anxiety among DJs, fearing that this marked the end of what had been the industry standard DJ turntable since the 1970s. Thankfully its absence proved short-lived, with Technics’s parent company Panasonic retooling, redesigning and bringing back the SL range including the DJ-focused MK7 model. Almost every aspect has been modified and updated, from the new motor technology through to the composite materials used to construct the chassis itself, but it very much retains the original look and feel of the classic older models.

As we found in our review of the SL-1210 MK7, the new model lives up to the legacy of its much-loved predecessors. What more is there to say? It’s the definitive DJ turntable for a reason, and it’s still our favourite all-rounder. It’s not the cheapest model on the market and it’s easily beaten when it comes to features by models like the Reloop RP-8000, but it still sets the benchmark for solid build quality, reliability and feel.

The DJ turntable market is in good health, with value for money at the entry-level price range, and true professional options at the high end.

Our list ranges from beginner-friendly budget options through to pro models suitable for club use, but the bottom line with turntables is that you generally get what you pay for. That’s not to say that cheaper models aren’t very impressive these days, but if you’re able to step up to a mid-range or high-end turntable you’ll see and hear the benefits in terms of build quality and sound.