We shine a light on London-based eclectic collective Seagrave 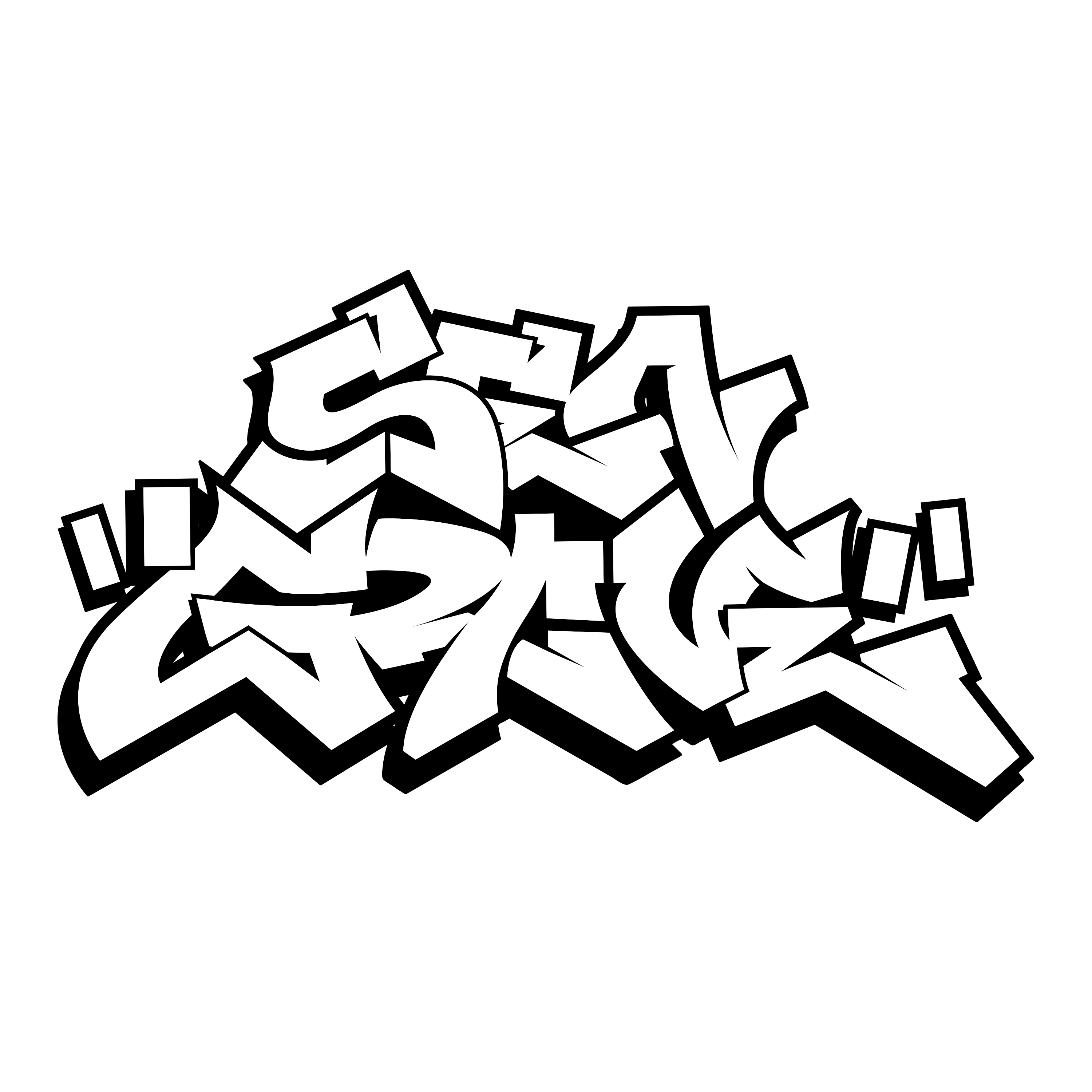 WHAT’S THE NAME OF YOUR LABEL, AND WHO RUNS IT?
Seagrave, or Seagrave Records, interchangeably. The name was taken from the UK village of the same name as it was close to where mates of ours threw free raves in the early 90s, but not for any real reason, as it was mostly just a somewhat evocative placeholder that we knew people would project their own notions and fears onto. Mostly fears about the ocean which is often as amusing as it is daft… We enjoy a number of associative links with figures like Dan Seagrave (erstwhile visual artist for Earache Records), Tahnee Seagrave (female mountain biker), Henry Seagrave (early land speed and water speed record holder), and Seagrave the American firetruck manufacturer. We’re a collective of friends and family who have mostly known each other since high school in the early 1980s. We feel the music and art is what should be upfront, we hail from a time when a lot of underground dance culture was ‘faceless’ (and arguably better for it, tf needs stars?).

WHEN & WHY DID THE LABEL START?
We finally started Seagrave in 2014, had been delaying it forever, it seems, and mostly with the intention of releasing experimental electronic vibes on tape and eventually vinyl. We had mates running other labels and felt Seagrave would be fairly low-key, purely for fun and yet possibly an outlet for a few gags and frustrations equally at the same time. Like most contributions to music of this sort maybe, minus the intellectual pretensions many labels present themselves with. Many of us involved with the label worked in record shops, wrote for zines and magazines and were in bands or DJ-ed from the late 80s through the 90s and into the 21st century.

GIVE US A BRIEF SUMMARY OF WHAT YOU’VE RELEASED SINCE THEN….
All kinds of beat-making, breaks and bass music, and some electronic sound-scaping/industrial noise. Notable releases for Mike Paradinas in his Tusken Raiders guise and SDEM‘s album, Mark Broom & James Ruskin ft. DJ Prime Cuts & Sensational (as Deadhand),

…REQ (legendary graff writer and trip-hop pioneer of Warp and Skint fame); Afro-futurist and bass head Stereotyp (formerly of Kruder & Dorfmeister’s G-Stone label. His album for us featured. Warrior Queen and Daddy Freddy amongst others); rising bass and breaks star ETCH from Brighton…

brilliant Berlin-based beatmaker Low End Activist (his EP featured vocals by the mighty Flowdan, with more to follow on the label soon);

… jungle and UKG talent Interplanetary Criminal; experimental art dub from Jay Glass Dubs; an album and several remixes by Renick Bell (leading figure in so-called ‘algorave’ or music composed algorithmically); Ekoplekz; Best Available Technology; our old mate Brain Rays with his buddy Quiet (together doing some of the most vital 160 footwork/jungle hybrid work around at the moment); Drumskull and Cignol, also really old mates of ours and both of whom we’ve known since the 80s/early 90s, both lads make brilliant older-school dance and acid vibes for the most part, although Drumskull is currently making so much awesome 160 footwork/jungle hybrid gear and remixes too, much of which is forthcoming on Seagrave… We also just put out a lovely EP by Bristol bruk artist and graff writer Sentinel 793… more bruk and footwork due from him too. 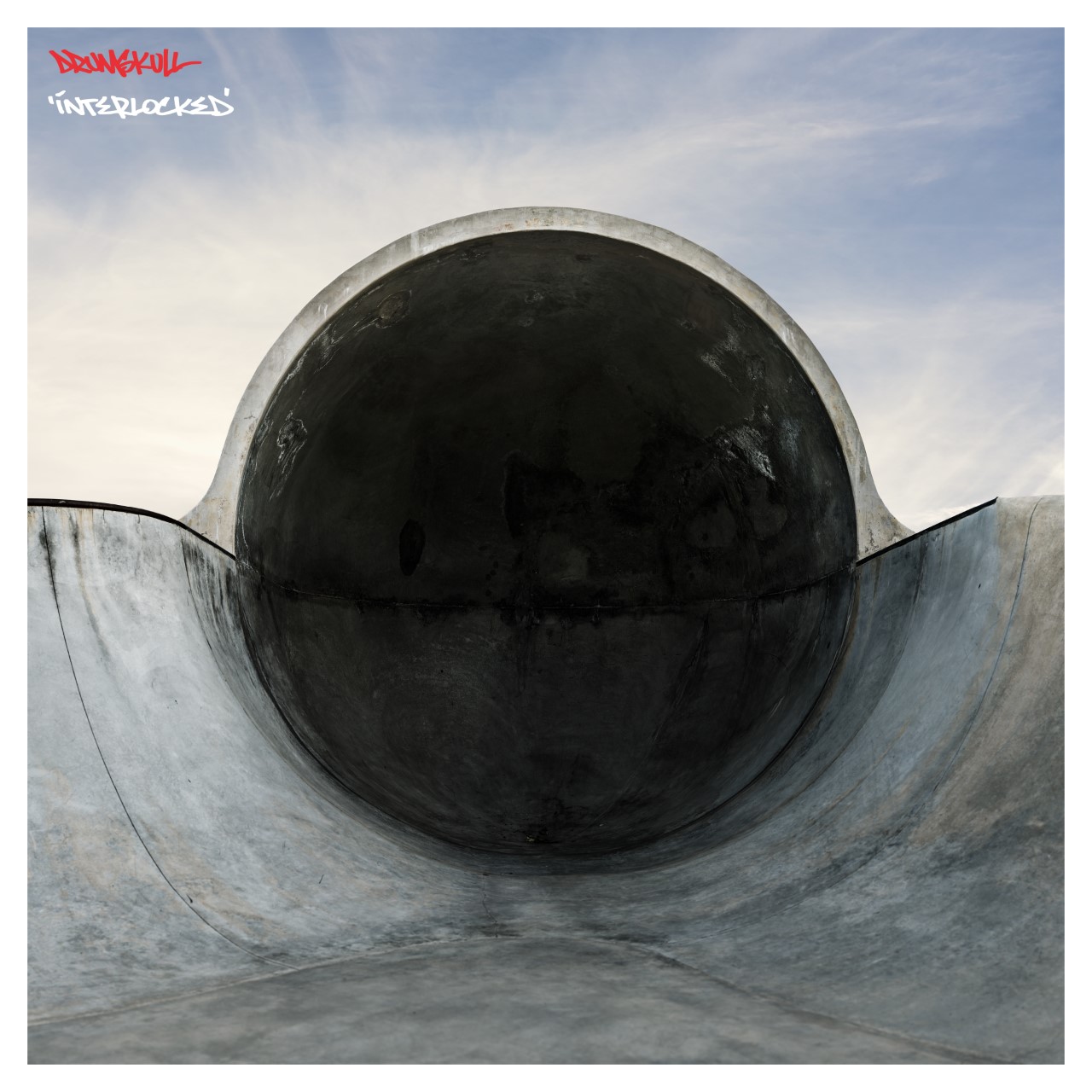 WHAT QUALITIES ARE YOU LOOKING FOR IN THE MUSIC YOU RELEASE?
Vibes. Almost always beat making of one species or another. Often on the harder end of things, but with a bit of humour at times obviously, although not always. We find much intellectual electronic music tedious. Should be obvious that we are as schizoid and lurid maybe as the world we typically find ourselves in.

WHAT KIND OF VISUAL IDENTITY DOES THE LABEL HAVE (ARTWORK, VIDEOS ETC) ?
When we started we considered using graff art because many of those involved had links to that world or produced music the might be seen to stem from UK and US ‘urban’ environments, but decided to go with other lo-fi abstract imagery initially, often supplied by artist friends we enjoyed. Often, the musician in question would ask for something similar to the previous cover, which lead to periods like the faces we did on the tapes, where we had fun with disfigured / mutant physiology. But gradually graffiti crept back in and then became more of a mainstay since getting Brighton graff legend REQ and a few other mates involved, people who write and paint to a high standard. Musicians we release now often ask for work of that sort for their albums and EPs with us. We are likely to switch things from time to time as we go, but it will always be a blend of abstract architectural / illustrative / graff art. Whatever we like, tbf. 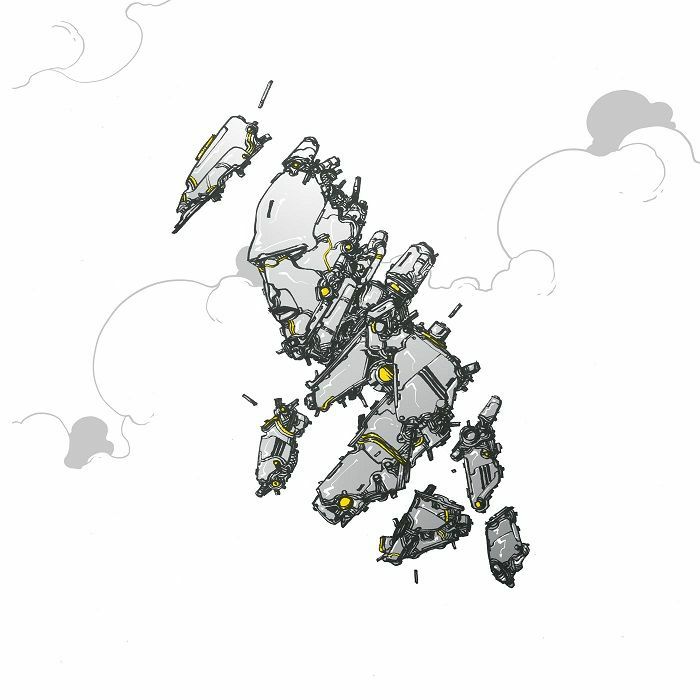 WHAT’S BEEN YOUR BIGGEST SELLING RELEASE TO DATE? TELL US A BIT ABOUT IT AND WHY YOU THINK IT WAS SO POPULAR.
Two that have a similarly ‘raw’ vibe but that contrast each other in ways that are indicative of the label perhaps: The Tusken Raiders LP by Mike Paradinas we did last autumn did very well,

Fairly sure the SDEM ZNS album (DL & DBL MC) we did in early 2020 was next best selling to date, also with fantastic art by SODA. The former, because it bangs and a lot of younger people don’t really know that alias of Mike’s so well perhaps. The latter because it’s equally brilliant and serves as a solid archive of Tom’s until that time unreleased and developmental work from over a period of a decade or more. His vibe is solid. There’s a rawness to both, though, that is pretty synonymous with Seagrave, but the SDEM doesn’t really wear that much humor on its sleeve, whereas Mike P’s work clearly does and always has…

NAME ONE RELEASE THAT YOU THINK DESERVED TO GET MORE ATTENTION THAN IT DID
Maybe the Stereotyp ‘Look Things’ release we did a few years ago (DL & MC) with Warrior Queen, Daddy Freddy, Ras B et al on the vocals (should’ve been on vinyl, but watch this space…), or another one that really deserves it (and despite doing pretty well anyway), was the Brain Rays & Quiet ‘Butter’ album, brilliant release, some of the best hybrid 160 footwork / jungle hybrid material you will find anywhere.

IF YOU COULD SIGN ANY ARTIST, ALIVE OR DEAD, WHO WOULD YOU CHOOSE AND WHY?
Mark Bell or MF DOOM, obviously, even as merely a guest rap on an ETCH or Deadhand tune. Aphex Twin in his Caustic Window guise… lol

WHICH OTHER LABELS DO YOU ADMIRE AND WHY?
Too many to name over time, but because they were consistent, exciting, and / or a blast to follow: back in the day: Suburban Base, Mo’ Wax, Skam, Fondle ‘Em, Def Jux, et al – recently: The Trilogy Tapes, Sneaker Social Club, Club Glow, Hooversound

WHAT CAN WE LOOK TO FROM YOUR LABEL NEXT?
Plenty of bangers due over the next 18 months, and pretty much the same vibes as we have put out over the last 18 months. More bass, breaks, and beat-making, hardcore, jungle, broken beat, avant hip-hop. (Req still likes the term ‘trip-hop’ too it seems), all of which should be creatively inspiring, something to vibe on or dance to if parties and clubs start up again properly.