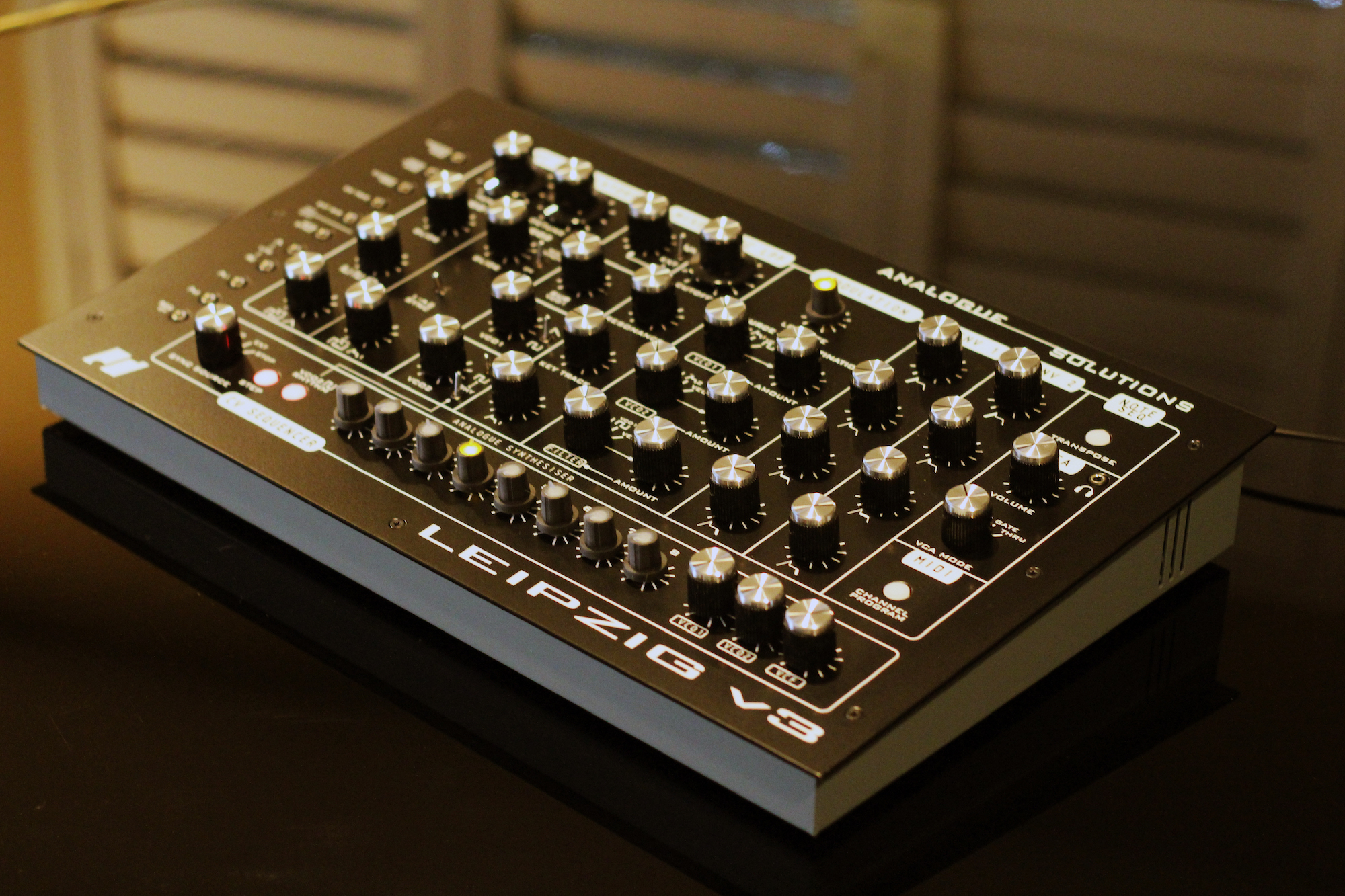 Analogue Solutions have announced a new version of their Leipzig synth. The Leipzig V3 follows on from the original Leipzig-S and keyboard-based Leipzig-SK. You can see and hear it in action below:

Originally released in 2012, the Leipzig range is inspired in part by classic Moog circuits, but in typical Analogue Solutions style it’s got a distinctive character of its own, with a fat sound and lots of nice added features. The Leipzig V3 uses the same form factor as the brand’s Impulse Command synth, featuring a built-in sequencer and patch points for compatibility with other analogue hardware and Eurorack modular.

The Analogue Solutions Leipzig V3 will be available from April, priced at £1,019. Scroll down for more photos. 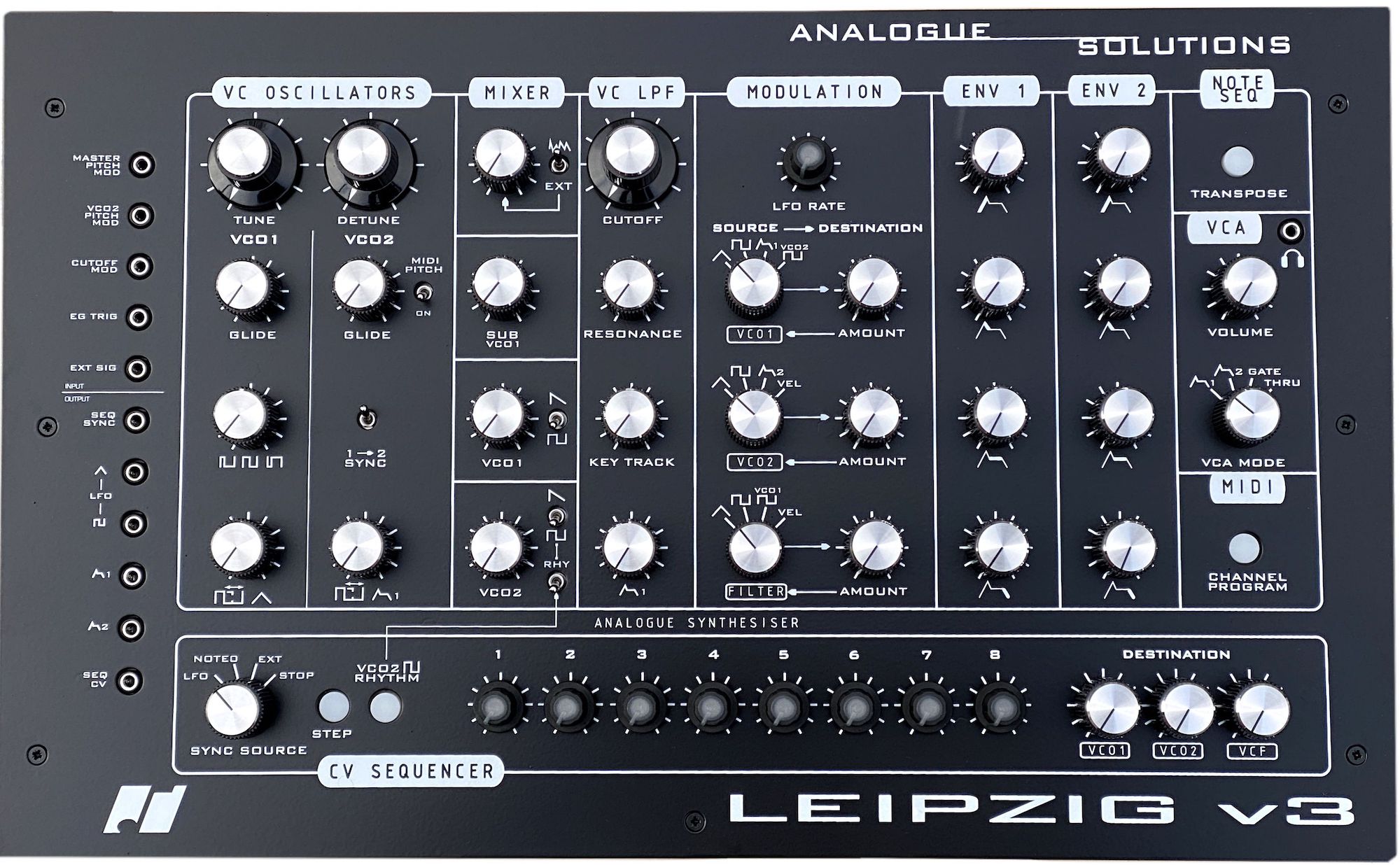 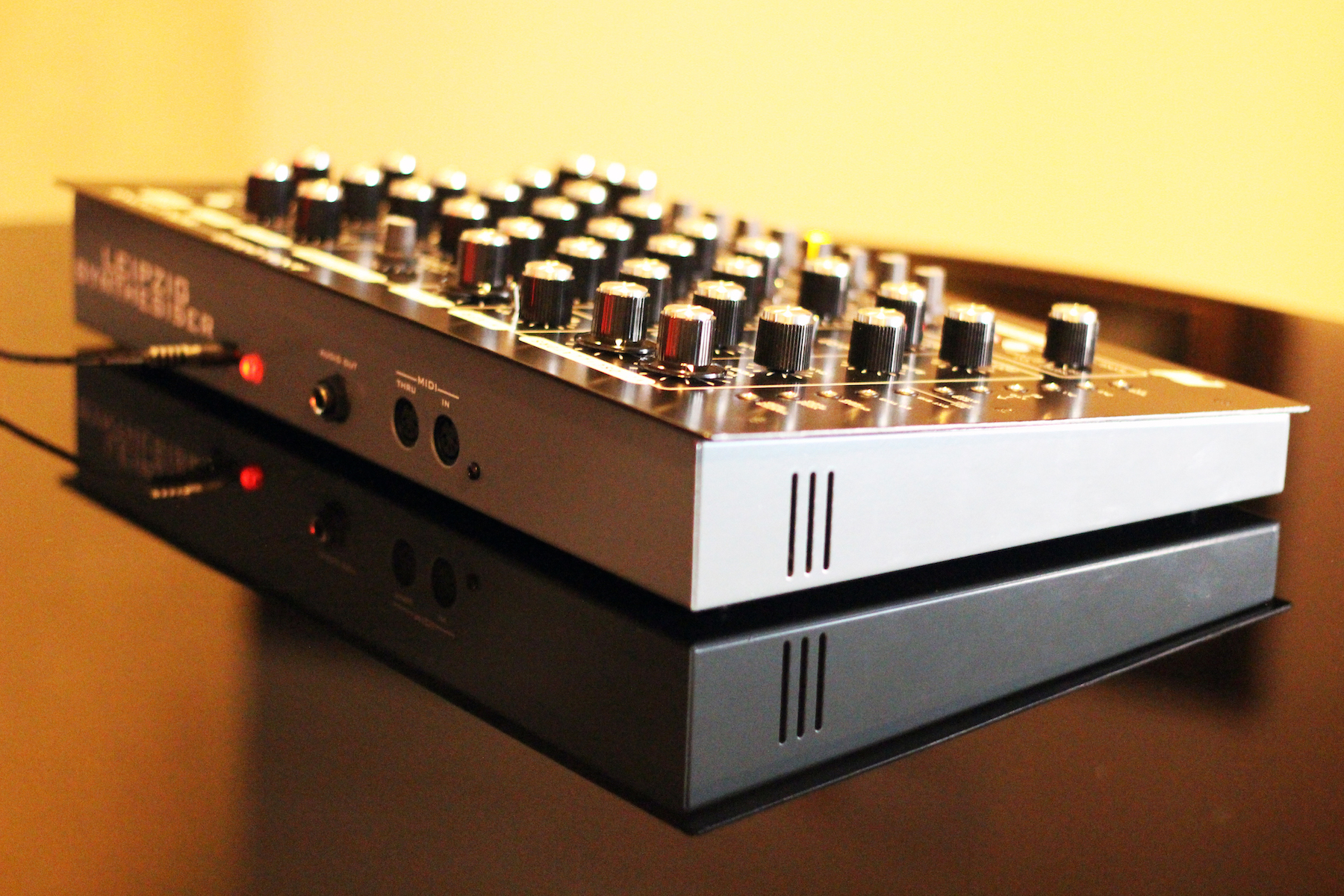