WHAT’S THE NAME OF YOUR LABEL, AND WHO RUNS IT?
Trauma Collective. Run by four friends who decided to start a music collective in order to promote DJ’s, producers and visual artists. We formed in 2012, called to action after a lack of proposals within the techno and leftfield scene in Madrid, our home city, where we decided to put on our own events.

WHEN & WHY DID THE LABEL START?
After promoting gigs and releasing a DJ mix podcast for a while, starting the label was a logical step that we wanted to take since the beginning. In 2019, we put out the first release with Monrella (Mick Harris) who previously performed at one of our gigs under one of his old aliases – Fret.

GIVE US A BRIEF SUMMARY OF WHAT YOU’VE RELEASED SINCE THEN….
Three releases have been published up to date. Our First was the Build Time EP as we mentioned before, by Birmingham legend Mick Harris under his most techno moniker, Monrella. It featured four cuts of fierce, functional and direct impact grooves recapturing the zeitgeist of his legendary local club night House Of God.

Following this was Katavai from the enigmatic Makunaimadama, featuring desolate electronics blurring the lines between austere trance inductions and contorted industrial techno derivatives. Next up was Loop Research by the prolific ASC, with a selection of decidedly hypnotic and abstract techno, that brought his cerebral sonic aesthetic to the label.

Coming soon we have a new EP by the always brilliant Kwartz with the Reinforced Control EP, bringing some heavy peak time techno grooves plus a pounding remix that came by Monrella. 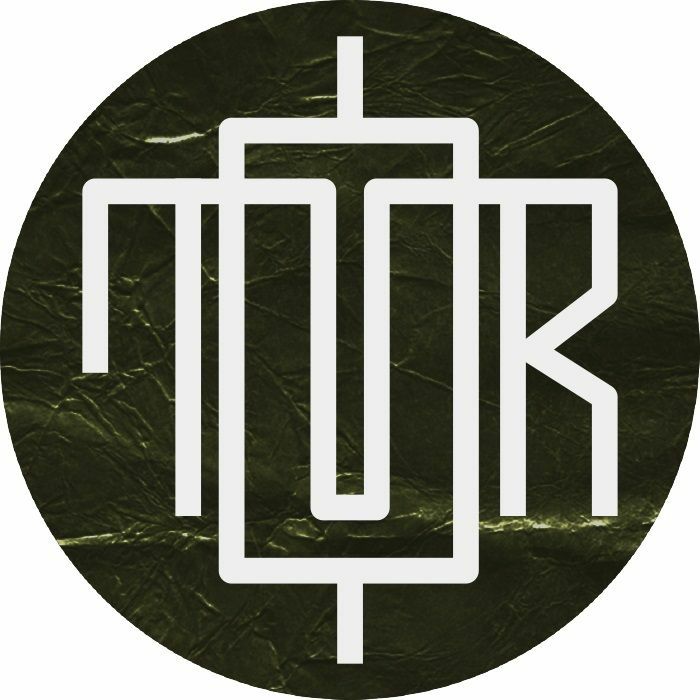 WHAT QUALITIES ARE YOU LOOKING FOR IN THE MUSIC YOU RELEASE?
Trauma Collective is mainly a techno label, but with the needs of experimentation and opening our sound aesthetic to any mutation of the genre. We decide between four people what we put out, and luckily we have a very similar point of view. We still want to release dancefloor oriented DJ tools, but to also keep experimenting and adapt an atemporal sound to the label.

WHAT KIND OF VISUAL IDENTITY DOES THE LABEL HAVE (ARTWORK, VIDEOS ETC) ?
Although the main visual aesthetic at our events had a focus on chromatic greyscales, we’re looking to open the colour scheme to more gradients, yet still keeping it dark, industrial, abstract and minimal.

WHAT’S BEEN YOUR BIGGEST SELLING RELEASE TO DATE? TELL US A BIT ABOUT IT AND WHY YOU THINK IT WAS SO POPULAR.
The Monrella one has been the most popular to date. The last time that Mick Harris (Napalm Death, Lull, Fret…) released under this moniker was in 2002 on Zet Recordings. We were convinced that audiences were certainly eager for more fresh material from him under the alias.

NAME ONE RELEASE THAT YOU THINK DESERVED TO GET MORE ATTENTION THAN IT DID
Katavai from Makunaimadama has already had very good feedback. Although it’s a very new project, we still think it deserves far more attention due to its quality and hope it receives that recognition in future.

IF YOU COULD SIGN ANY ARTIST, ALIVE OR DEAD, WHO WOULD YOU CHOOSE AND WHY?
Legends and veterans of the scene alike, such as Regis and Steve Stoll. Also more recent talents such as Pessimist and Sawf among others… Give us a nudge if you see this! They’re sick!

WHICH OTHER LABELS DO YOU ADMIRE AND WHY?
Horo , UVB-076, Semantica, Downwards, Modal Analysis, Skam Records, IIlian Tape, Vanila, Pi Electronics and Northern Electronics among others. They’re definitely modelling our tastes at this moment.

WHAT CAN WE LOOK TO FROM YOUR LABEL NEXT?
The next release comes out on March 8 by Kwartz (pre-order it here), including a remix by the aforementioned Monrella. Other than that, we’re working on signing up future releases, and of course there’s the ongoing TRM mix podcast series via Soundcloud every month.