Radioactive Man has revealed the first release in a newly-announced 10” vinyl series, ‘Sonicus Croniclus’, on the label Asking For Trouble.

The new single takes the name ‘Sonicus Croniclus Vol. 1’, featuring the new tracks ‘Unsaid’ and ‘Born In The USB’. The full series will consist of choice cuts from Radioactive Man’s vault of live set jams, developing them them to full tracks and committing them to split singles on wax. 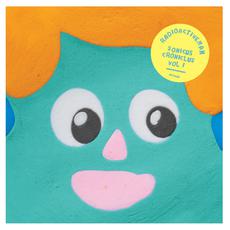 Radioactive Man aka Keith Tenniswood, is a UK-based techno and electro artist dedicated to the nostalgic sound of electro, having charted releases on Rotters Golf Club, Control Tower and Asking For Trouble since 1999. He is best known for being one half of the duo Two Lone Swordsmen with the late Andrew Weatherall, who remixed Tenniswood’s music extensively.

As with all of Radioactive Man’s releases, the EP’s artwork was done by the artist’s longtime collaborator and artistic design partner Lung, who used plasticine to make the cartoon face portrayed on the cover. With matching coloured vinyl for each new release, the series will form a collectors’ edition.