Juno Daily – In The Mix with PELA 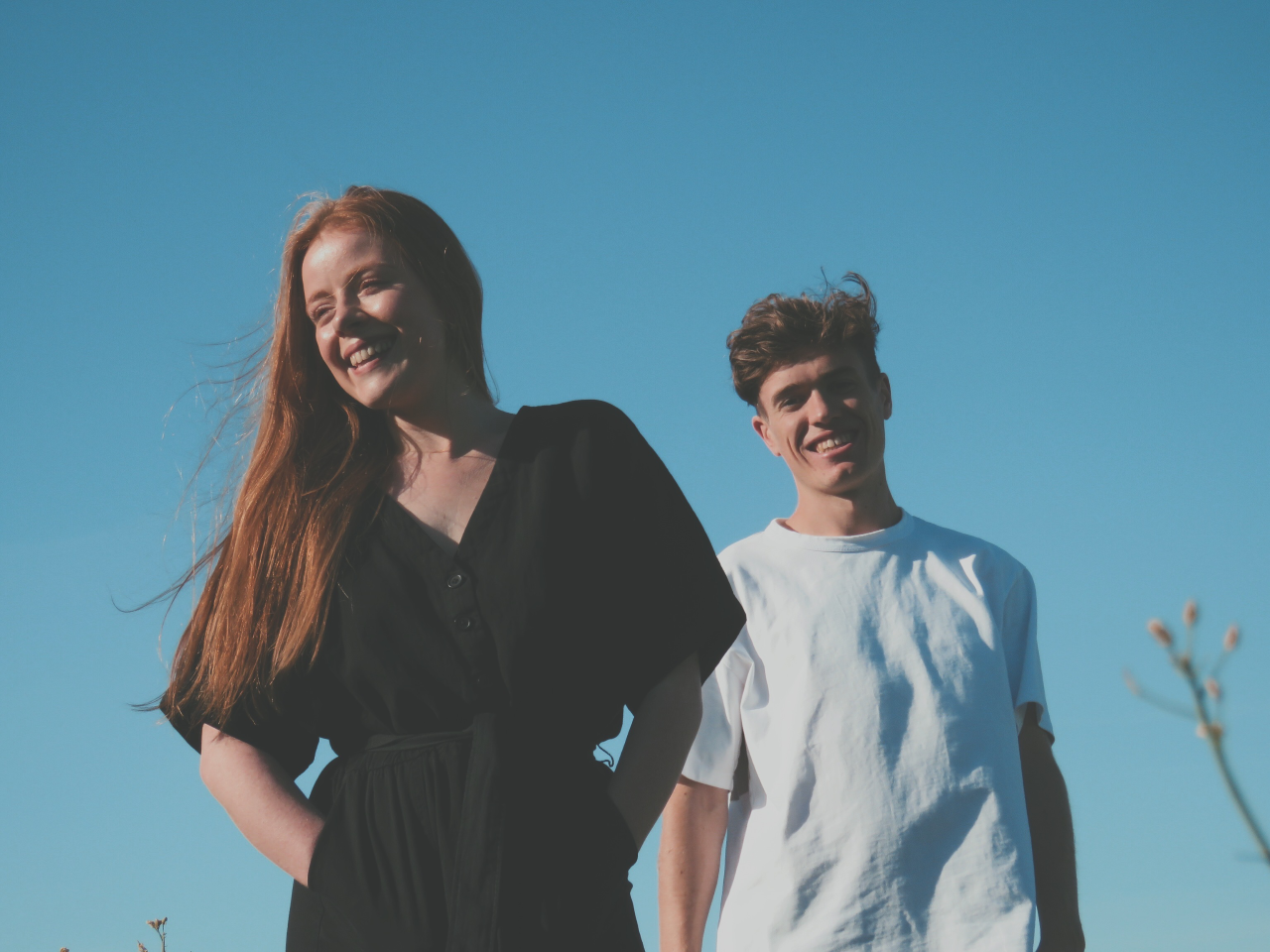 PELA were all over 2020, making it their own with a stream of excellent and varied singles from the smouldering house-based ‘South Of’ to their pre-Christmas cover of The Sundays’ ‘Here’s Where The Story Ends’. Fusing classic songwriting with electronic experimentation and club-friendly beats Olly Shelton and Hannah Coombes have put their (red) heads together and came up with this superb mix of their favourite sounds right now…

First things first – tell us about the mix you’ve done… What vibe were you going for? Talk us through a few of the people on It as well as your contributions….
O: Our mix is a collection of tracks we’ve been obsessed with over the last year, so the vibe is pretty varied! It starts with a new PELA cover of the Sundays ‘Here’s Where the Story Ends’, which is out on 11th December, then goes through a few of our more laid back favourites, like Teebs and Elder Island, before it steps up into our dance favourites, with Kelly Lee Owens, Man Tear and Yaeji all featuring. We then bring the energy down with Four Tet, Bella Boo and a couple more of PELA’s more electronic releases, finishing with the incomparable Moses Sumney. All in all, it’s the kind of thing we would listen to any lockdown evening and it feels great to have it in one coherent(ish) mix.

Tell us about yourselves – where are you both from originally?
H: I’m from Dorset and Olly’s from Leicester. We both moved to London for uni and stayed on afterwards, meeting through the scene there. Now we’re both in Brighton, mainly because we love being by the sea and having a sense of space that’s hard to come by in London.

You met when you were members of the Roundhouse choir. What did you first bond over musically? How did you make the leap from being friends to making music together?
O: We actually met through a different choir called LCV at the start of 2018. Hannah was also in Roundhouse Choir at the time though – that particular scene in London is such a small world that we had quite a few mutual friends. I think Anderson Paak, Bon Iver and a particular NAO live video at AIR really bonded us, as well as the ambient side of people like Julianna Barwick and Jon Hopkins. At the time I had a little studio at Ten87 in Tottenham, which was the most amazing place to sit and listen to music as well as create. To begin with, I was starting out as a producer working with Hannah on her solo project – this became more and more collaborative and eventually turned into PELA around April 2019.

What’s your creative relationship like? Is there a lot of crossover in the roles or are they very much divided? Is it a calm experience or is a bit of fire and friction good for the process?
O: I would say it’s a calm experience until we start recording vocals…..
H: Yeah…I can’t disagree with this.

Tell us about the name PELA, what does it mean?
H: Spending periods of time in Bolivia and Barcelona, I would be called pelirroja all the time. It means redhead (woman) and I really loved the word. So much that I proceeded to get it tattooed onto my ribs at 18. My homage to redheadedness and a love of the Spanish language. PELA is a sort of derivative of that word and we felt the sound of it somehow fitted the music we were writing.

You’ve been releasing a series of singles…. Talk us through them, if you could please.. They have quite different sounds – what do you think they all have common? Tell us what is coming next? Is there an album taking shape or is that something you’ll think about later?
O: I feel the tracks we’ve put out this year reflect our broad tastes and influences, so they’re all quite different! We’re just so happy to have started releasing music (even if it is in the middle of a pandemic). Our first few singles (You Got Me, South Of and Reverie) were all written and produced back when we first started working together, with In the Young onwards mainly being created this summer. I think the grounding sound to them all is a kind of lo-fi, homemade rawness, as well as the vocals and lyrical themes being an important imprint throughout. Things have really started moving forward from this year though, with next year set to bring in a host of collaborators, which we’re really excited about! We’re holding off on an album for now… but expect an EP or 2!

Juno Daily · In The Mix: PELA