This compact and portable drum machine offers a more affordable take on Roland’s flagship TR-8S, with sounds based on all the brand’s classic machines. 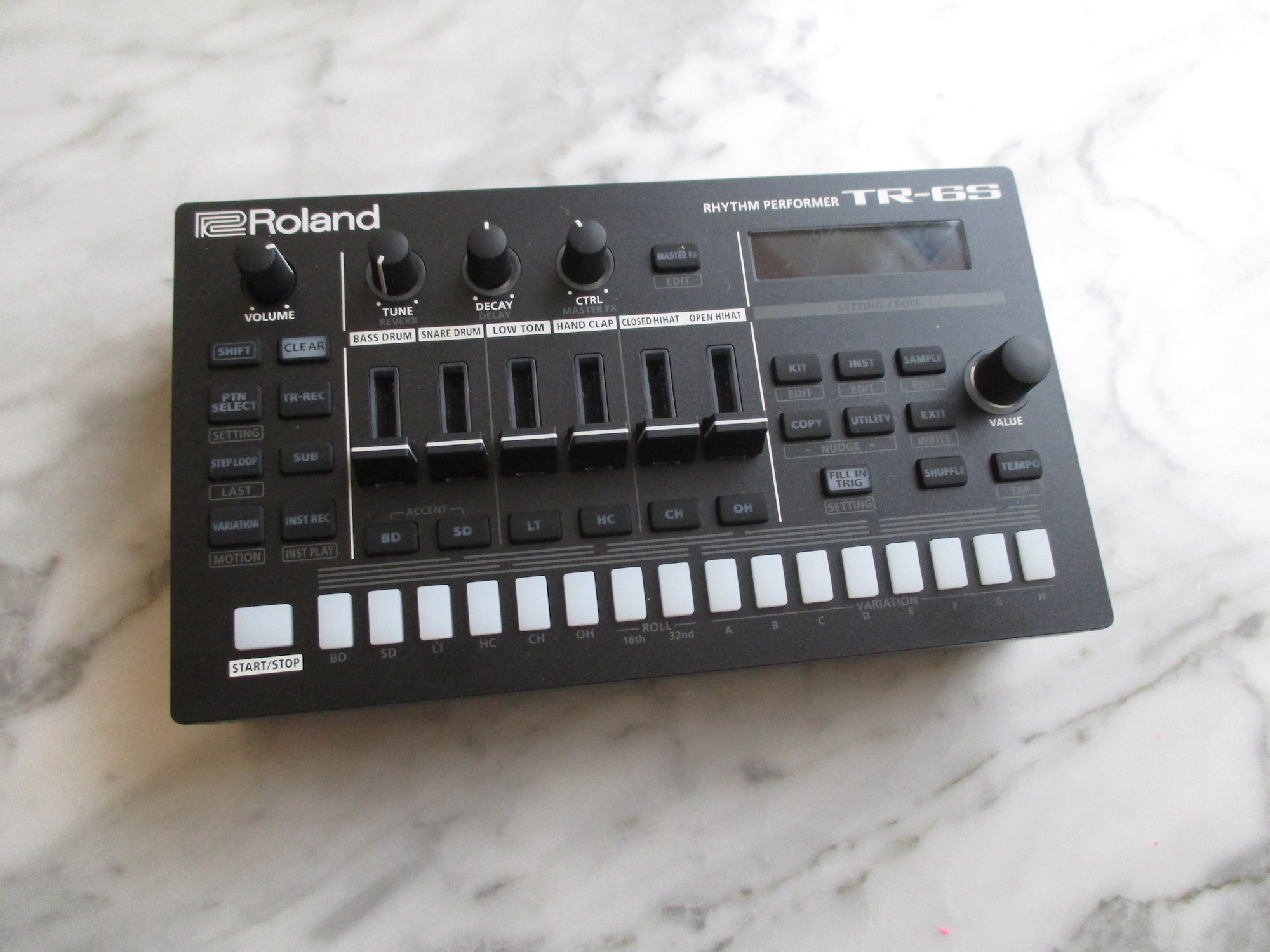 Roland’s new drum machine always had big shoes to fill, following in the footsteps of its older brother, the much-loved TR-8S. Then again, the family history always weighs heavily on the shoulders of any new Roland instrument. As the latest in a line of Roland drum machines which runs all the way back to 1972, the TR has a proud history.

But there are also useful parallels to be seen elsewhere in the current Roland range, seeing as the TR-6S adopts the form factor of the MC-101 groovebox released last year. We enjoyed its portability, its immediacy and its affordability, so it’s good to see that the TR-6S follows suit on all those fronts. It’s a compact drum synth, sequencer and sampler with performance features and effects. The MC-101 is the little brother to the larger but similarly featured MC-707 and, likewise, the TR-6S draws heavily on the brand’s flagship drum machine, the excellent TR-8S. 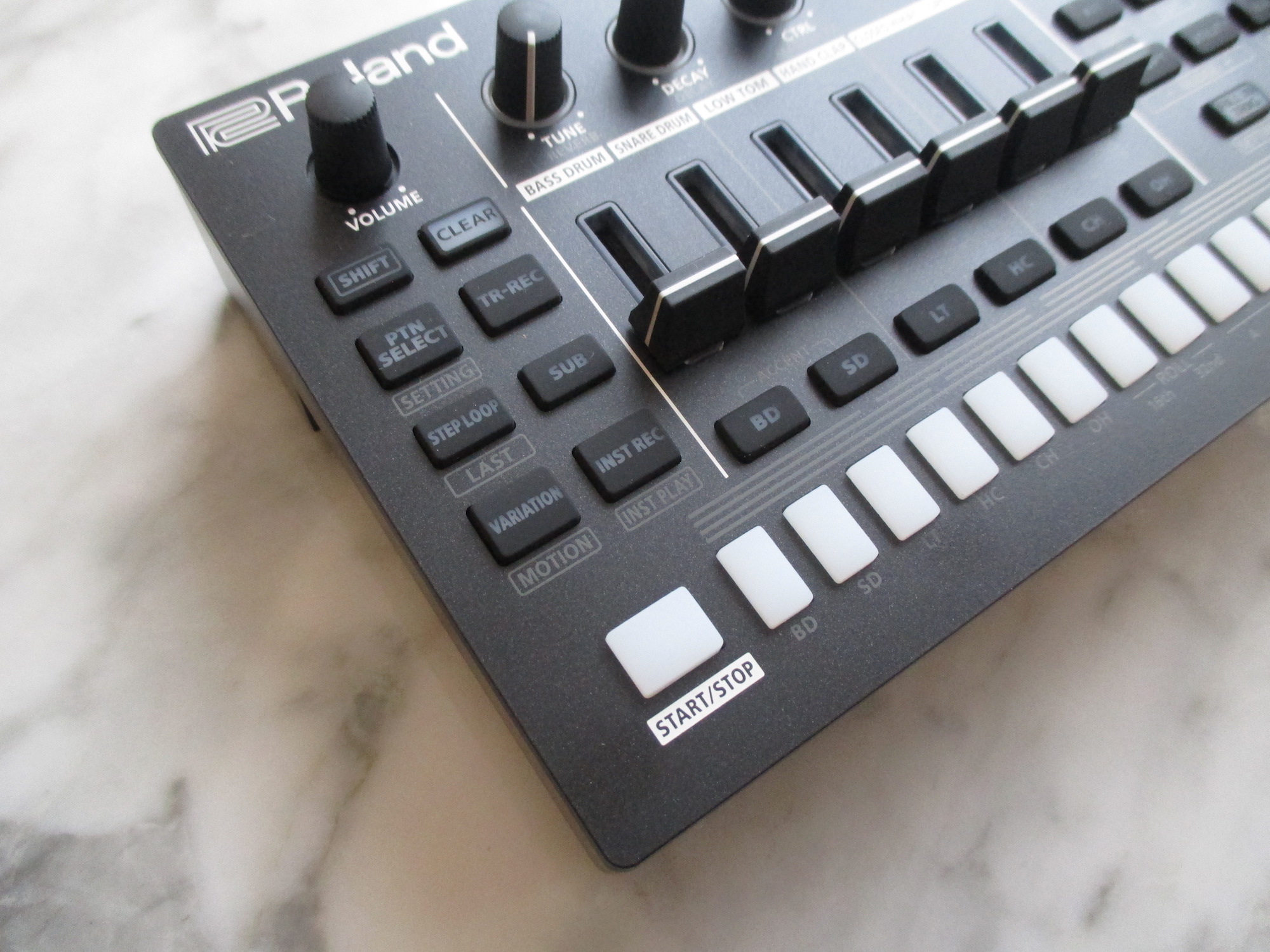 The sound of the TR-6S is based primarily around emulations of classic Roland TR drum machines, the majority of which were released in the 1980s. Invoking the names of classic Roland gear is the kind of act which gets people hot under the collar. Just one mention of a modern Jupiter synth is enough to rile a certain type of purist, but the TR-6S isn’t trying to be a modern version of anything in particular, so much as a greatest hits of Roland classics (if you want a modern take on the TR-606 you need to look to the excellent TR-06 instead). 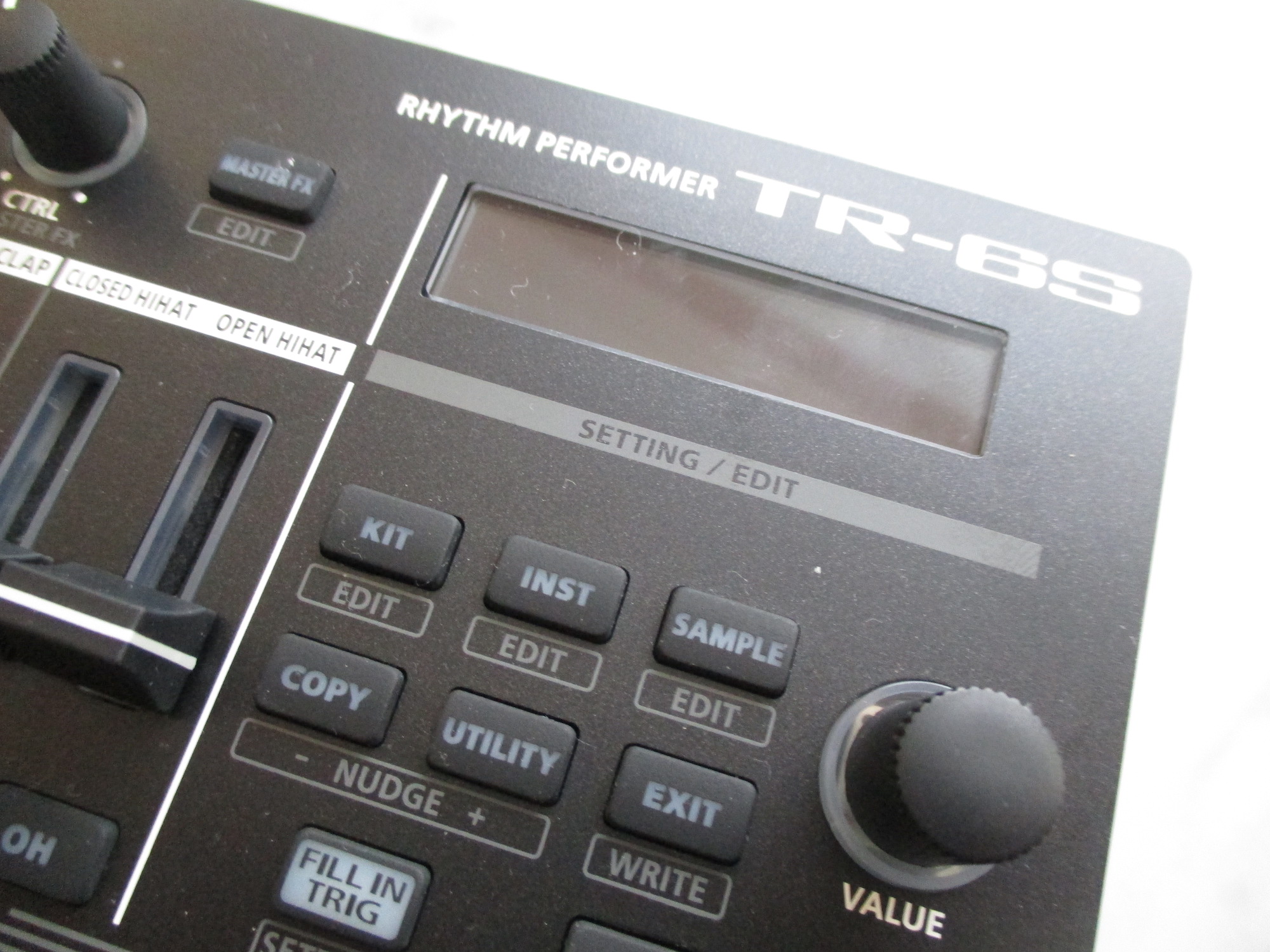 Sonically, Roland’s digital synthesis is well honed by this point, so emulations of their own classics are excellent all round. The TR-6S is very strong in this regard, capable of serving up everything from the thudding TR-808 kick drums that helped defined electro and hip-hop, through to the TR-909 hi-hats synonymous with house and techno, plus everything in between. The sound engine is exactly the same as the 8S, but with just six parts. That means you can use all of the vintage machine kits, plus FM synthesis sounds and user samples, which can be loaded from an SD card. 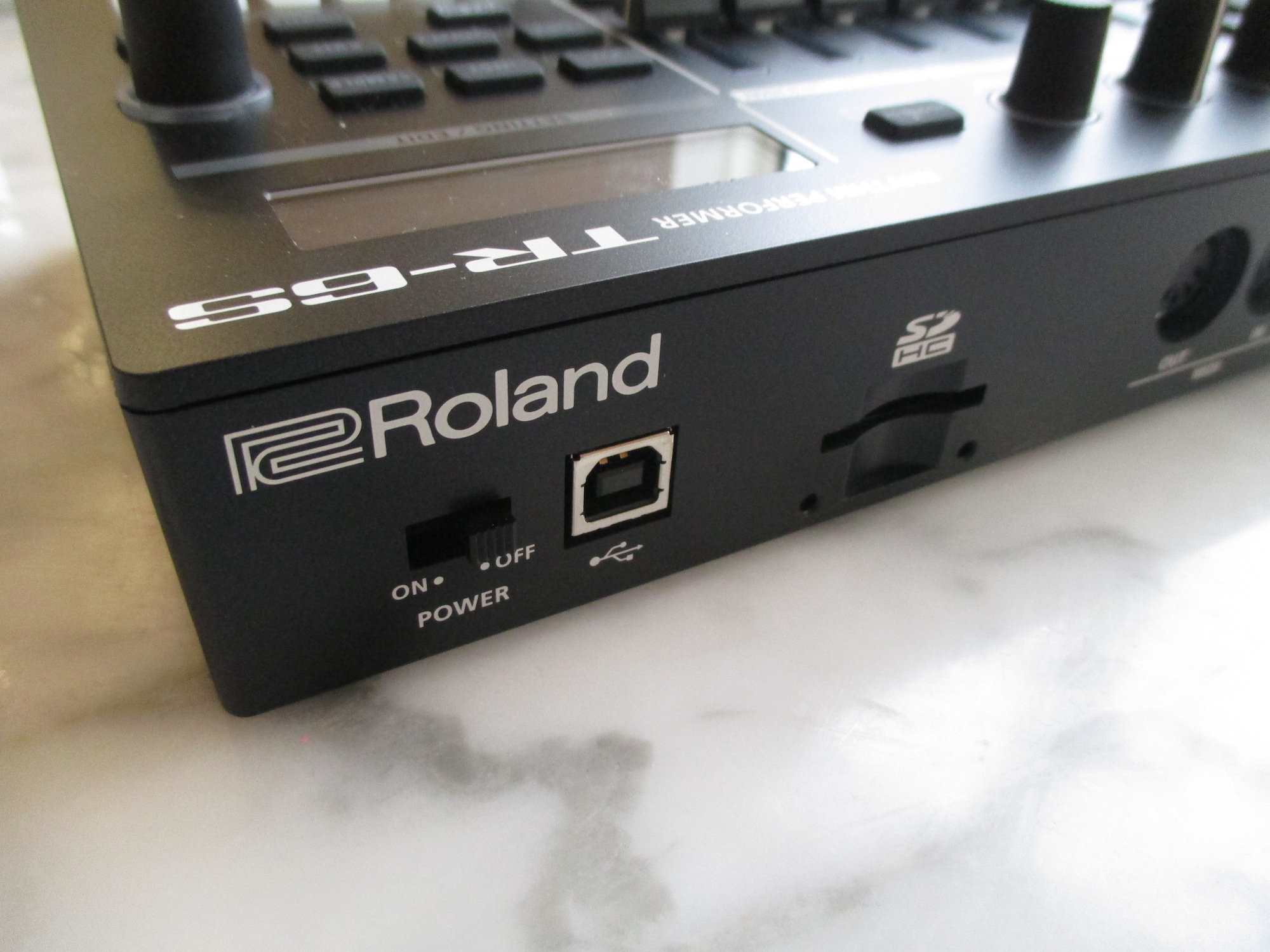 Sequencing is usually a strong point of Roland instruments thanks to the brand’s extensive experience and defining role in shaping the way we think of step sequencers in electronic music (most step sequencers found today are inspired in some way by the original 80s TR series and its simple but effective approach). There’s a bit more menu-diving involved thanks to the pared-back front panel of the 6S compared to the 8S, but that’s not uncommon for compact instruments. The six faders are shorter than you’d find on the 8S, but the key difference is that rather than having knobs above each fader to control parameters, just three knobs are used across all parts, to control things like tuning and decay. The flipside is that the 6S is genuinely portable thanks to battery operation and a headphone socket on the front panel. In the studio, you can hook the 6S up to a computer using a USB cable and it’ll function as its own audio interface for recording into a DAW, or you can of course use the pair of stereo audio outputs on the back panel to hook it up to other mixers, effects, audio interfaces and so on. 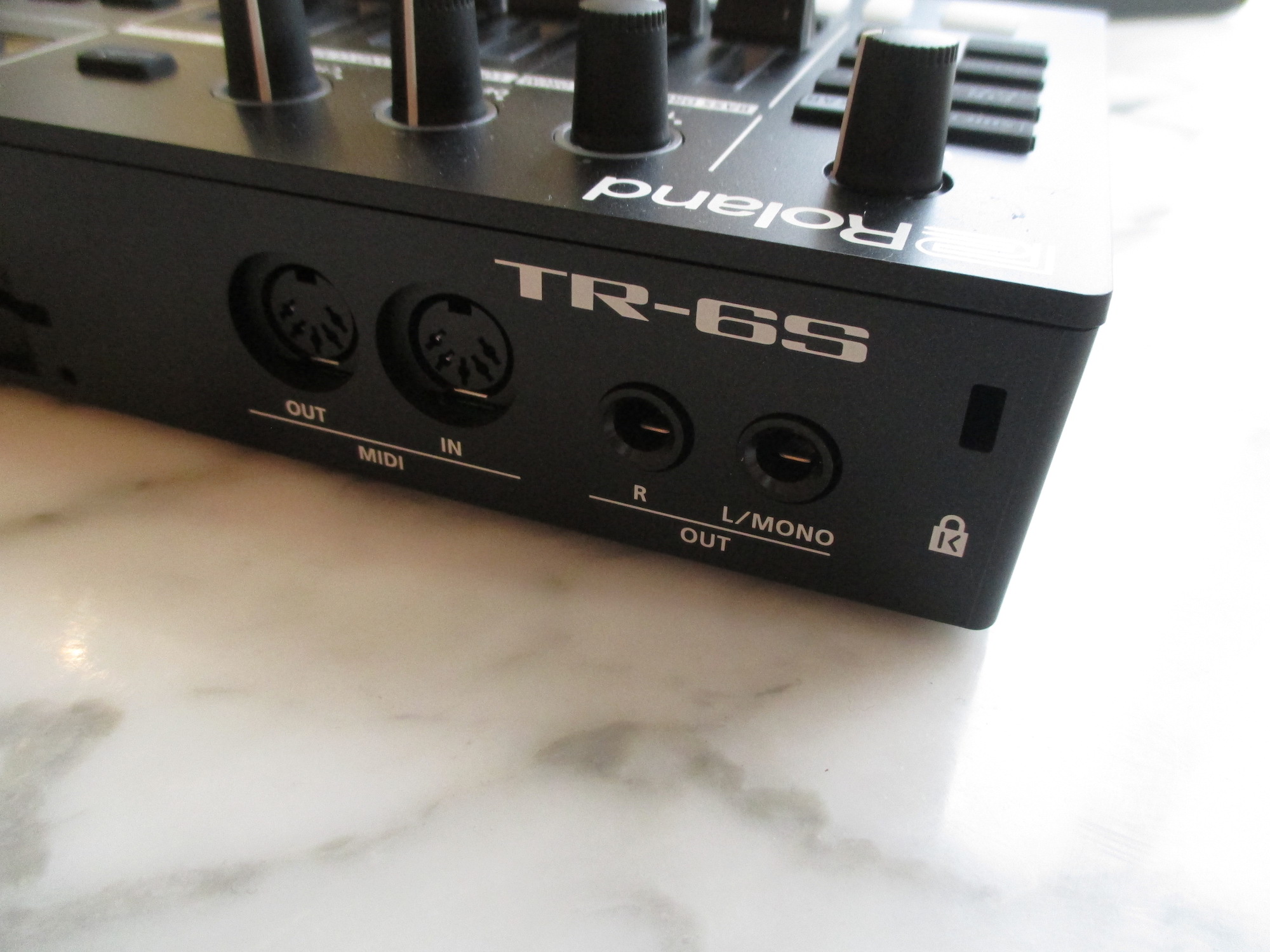 The TR-6S name pays homage to the Roland TR-606, which was always a poor man’s alternative to the better-known and much more fully-featured 808, but the TR-6S doesn’t feel like a poor man’s TR-8S so much as a more affordable take on a very similar idea. It’s fair to say that it makes you work a bit harder for the results, but it’s still a very capable instrument despite the lower price and more basic format. The TR-6S comes in around £200 cheaper than the TR-8S but the core essence of what makes the TR-8S such a good instrument remains intact. Yes, you miss out on quite a bit in terms of the hands-on control and more extensive interface that the 8S offers, but the bottom line is that in terms of sound and music-making capabilities, the 6S can do most of what the 8S does. The portability, convenience and sound alone make it a very appealing instrument in its own right. 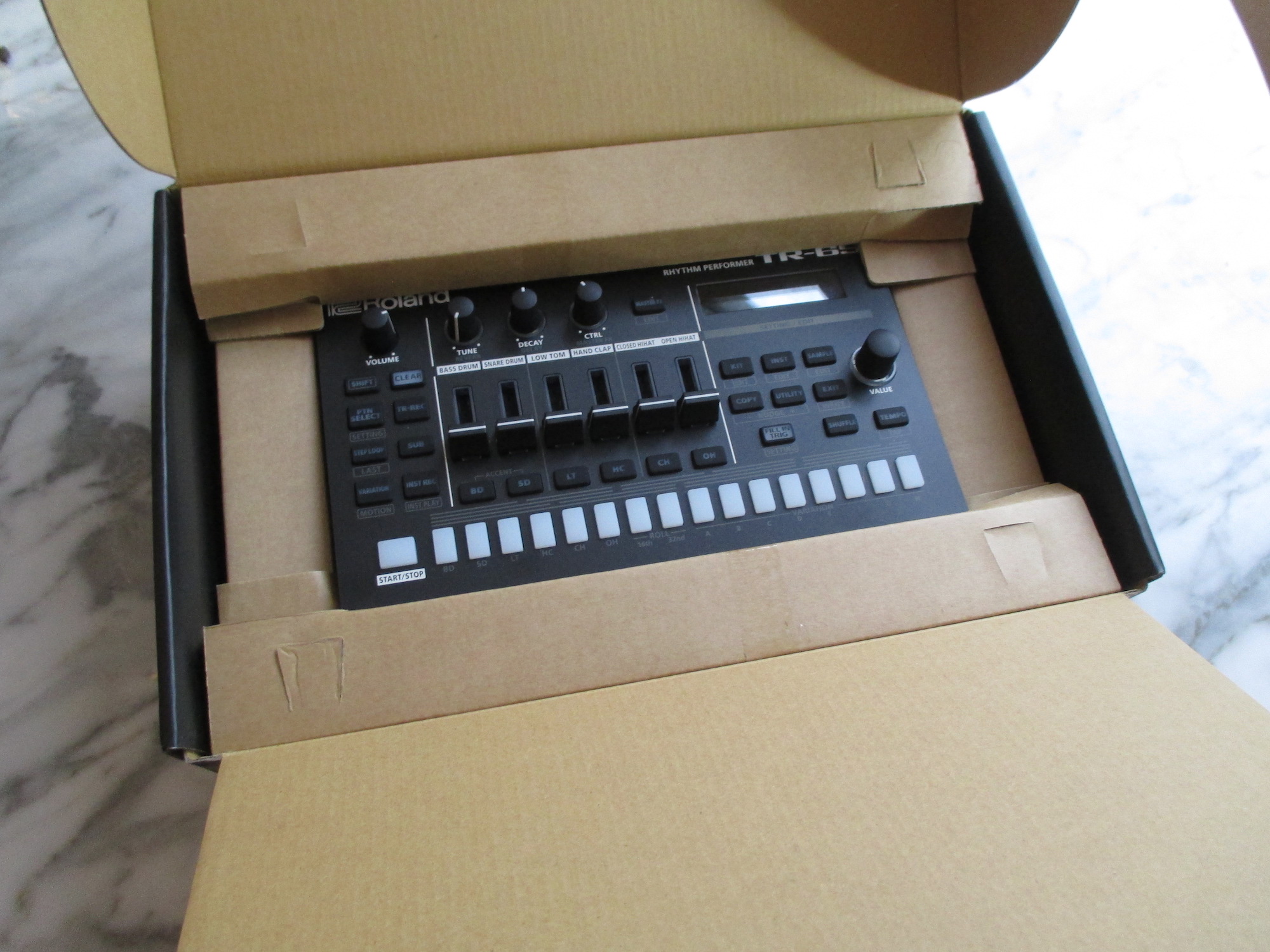 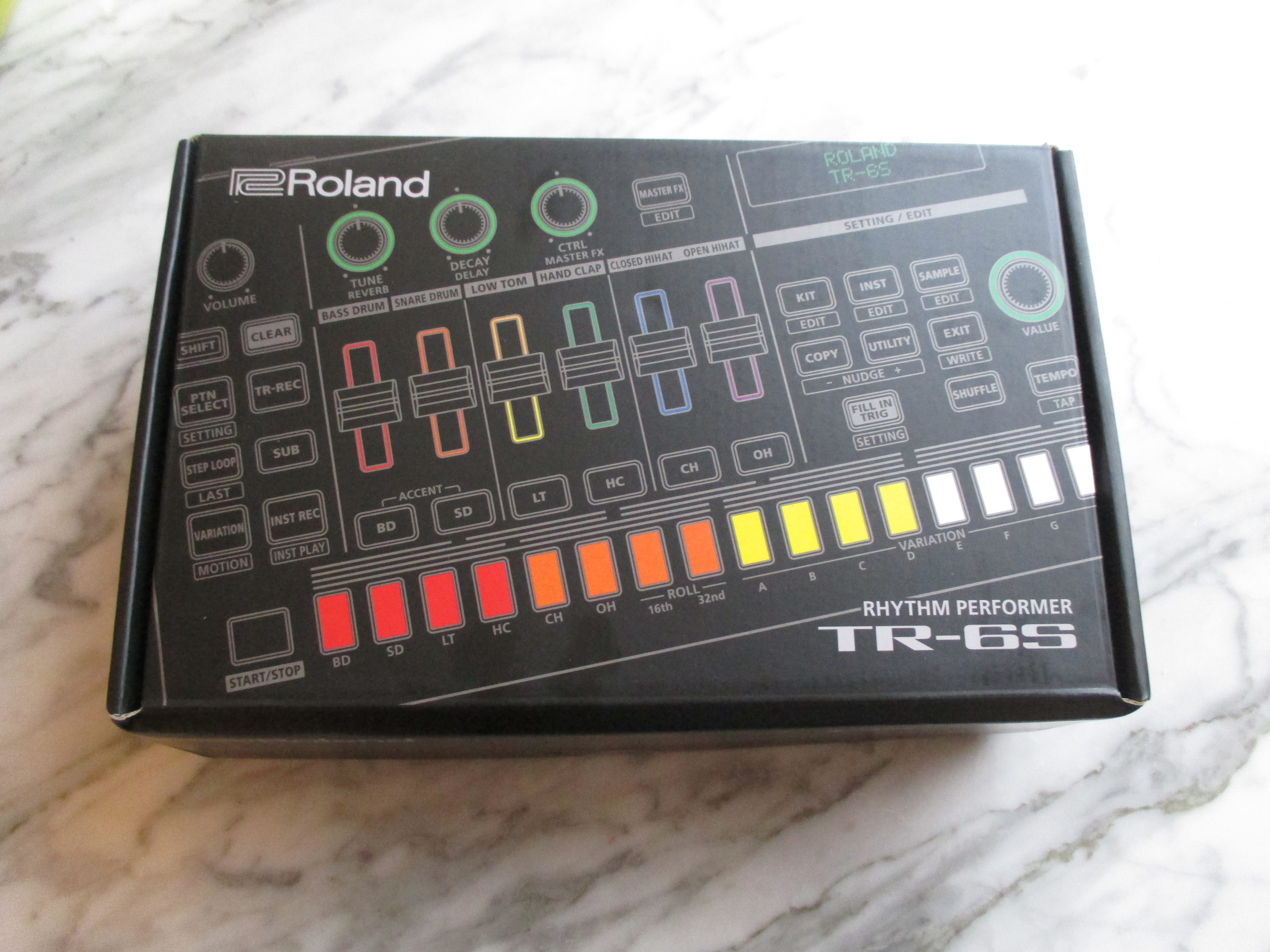 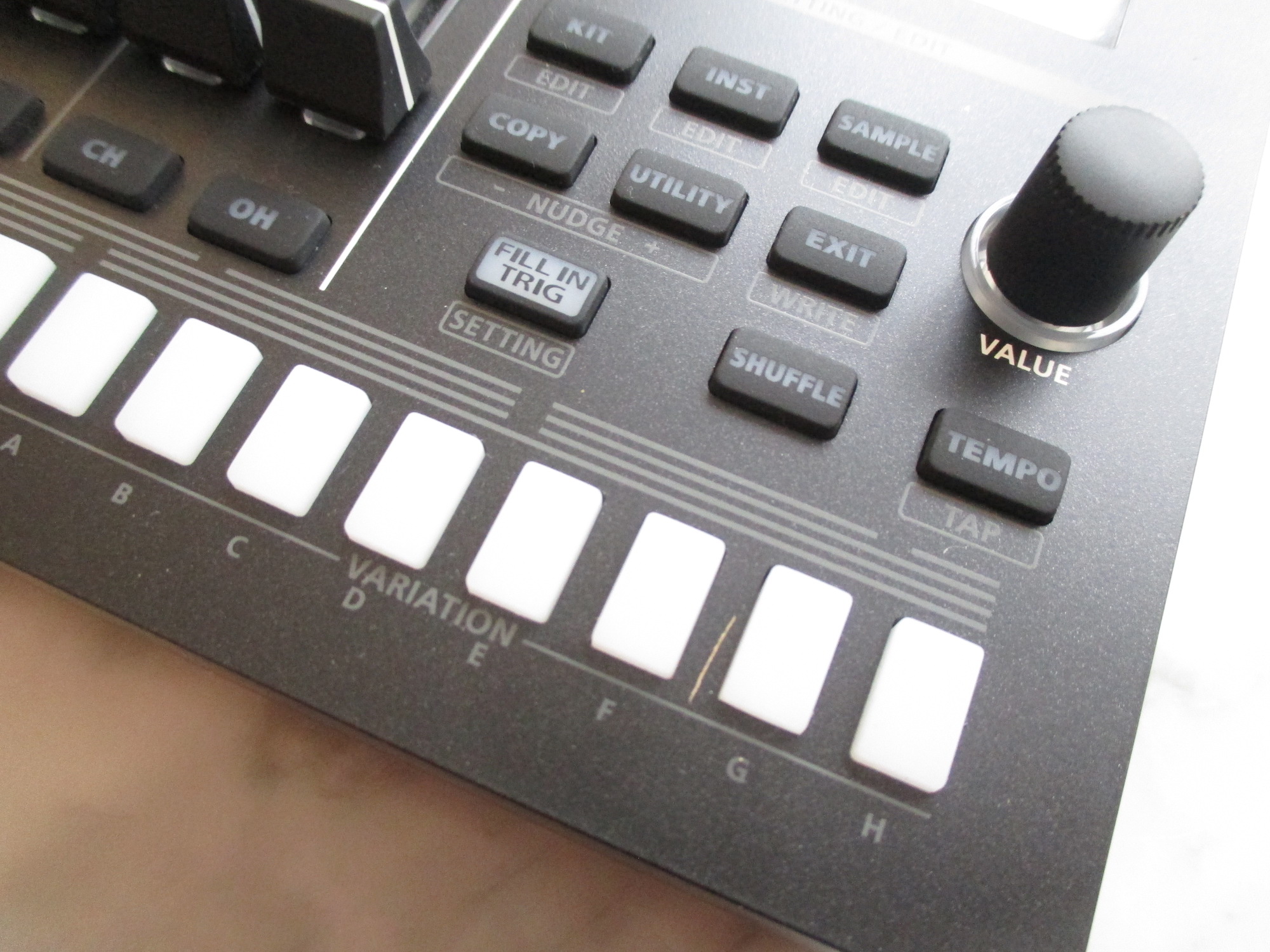 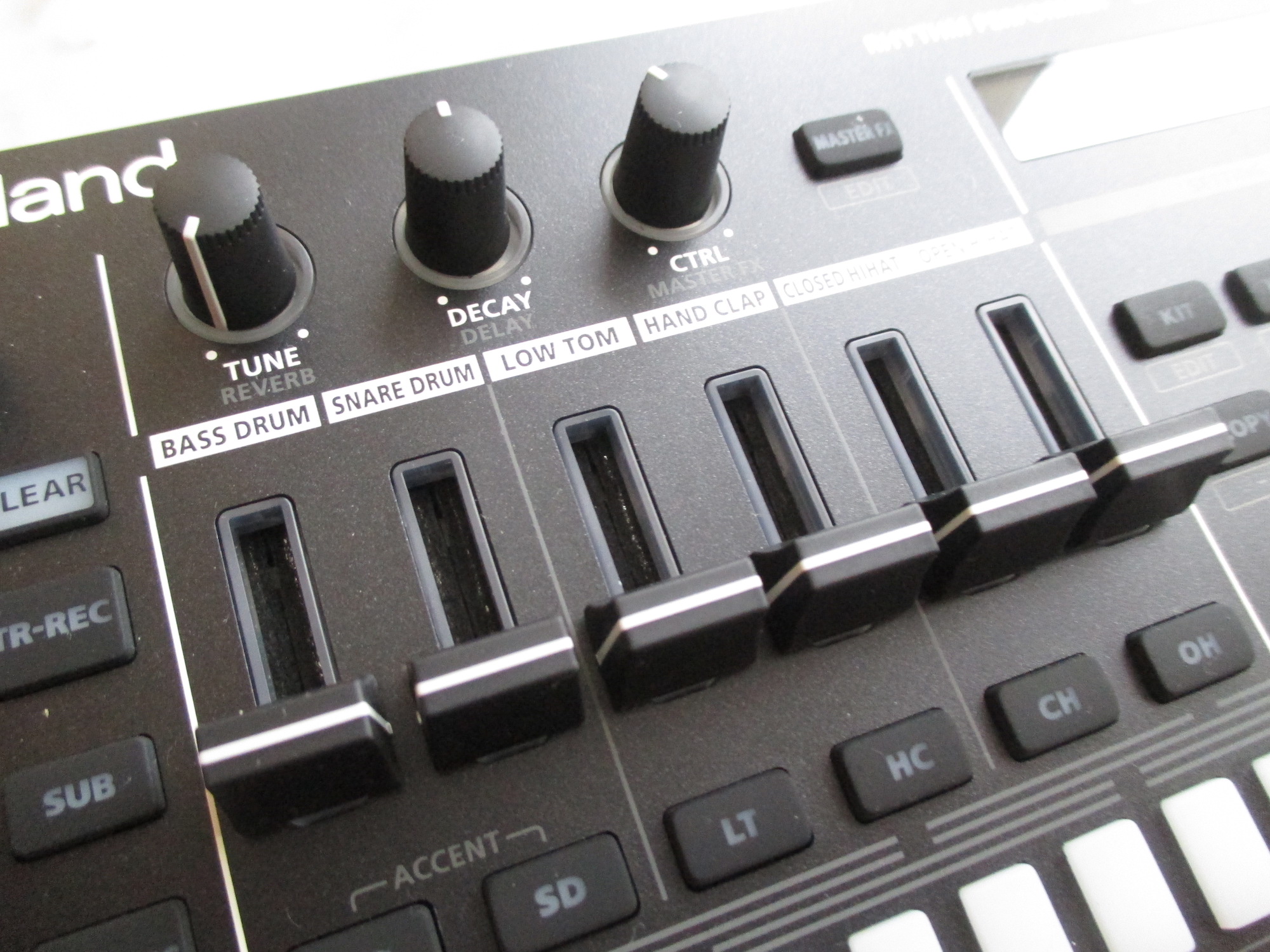