This month’s new Eurorack module releases include Roland-inspired products from Behringer, an intriguing filter from ADDAC, versatile wavefolding from Joranalogue and more bangers from the ever-consistent 4ms and Endorphin.es. 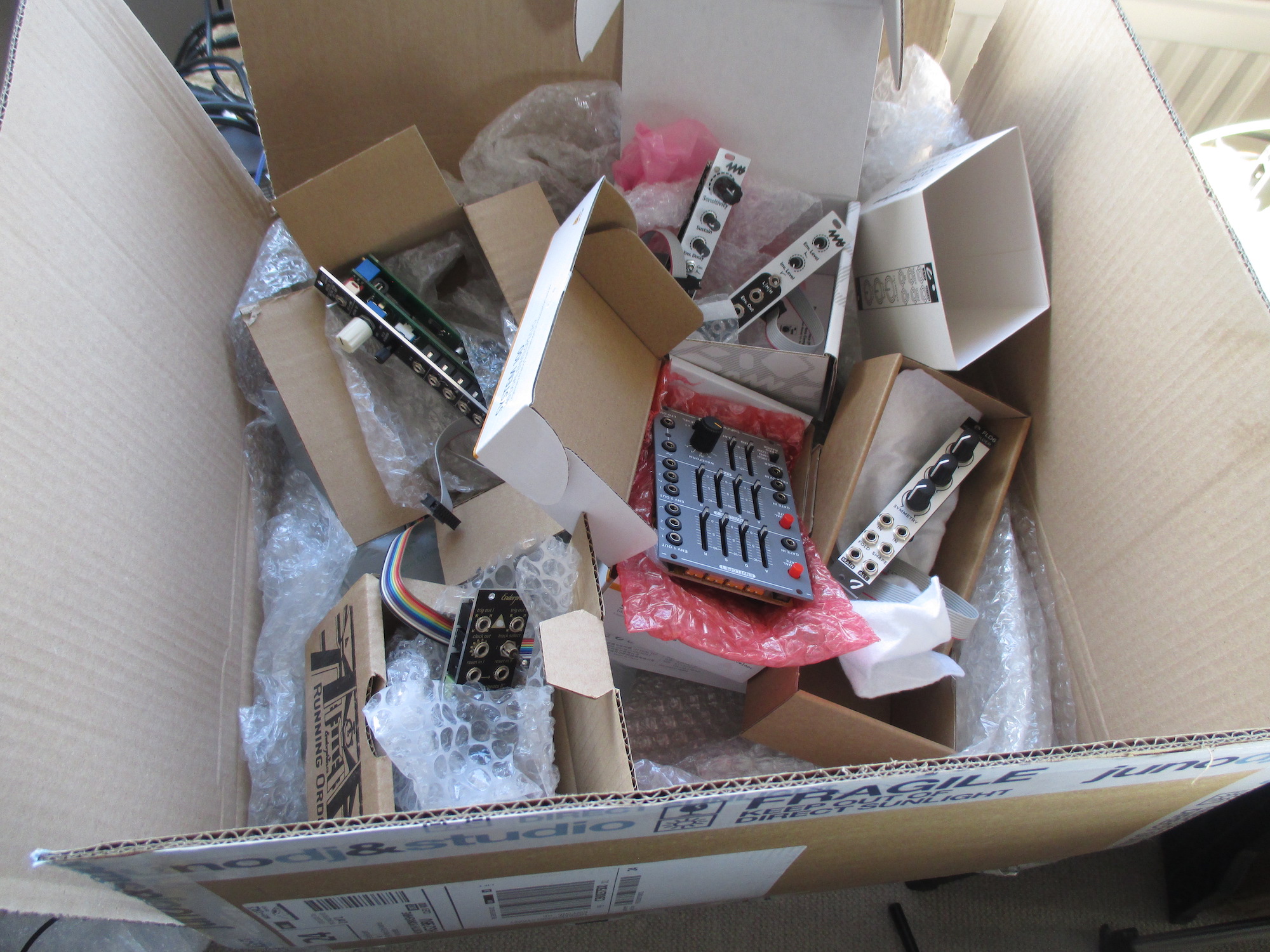 We start this month with Behringer, a brand who are not without their critics but consistently release appealing pieces of equipment at prices which make them impossible to ignore. The Behringer 121 dual VCF is about as close to that definition as you can imagine. Based on the filter modules from Roland’s legendary (and incredibly expensive) System 100, it’s a simple, straightforward and somewhat old-school pair of low-pass filters with built-in mixers, high-pass filters and plenty of CV modulation. It sounds beautiful, whether or not it’s exactly he same as the System 100, but at just under £100 it’s certainly as good value as you’ll get for a pair of sweet, versatile filters. Very hard to ignore.

Meanwhile, the Behringer 140 dual envelope and LFO does similar things in terms of simplicity and ease of use, packing a pair of envelope generators and a single LFO into one module. It’s fairly straightforward stuff, but a very nice touch here is that the envelopes can be triggered manually via buttons on the panel, and there are two positive and one negative output for each, allowing you to create some interesting modulation effects with ease. The 140 is another one that’s just impossible to overlook, especially if you’re putting together a starter setup on a budget. Combine the 121 with the 140, add a suitable oscillator and VCA and you’re well on your way to a very nice little basic modular system with classy, vintage-inspired sound at a remarkably cheap price.

ADDAC’s 605 is the latest offering from a brand who have been a mainstay for us recently. Inspired by the tilt EQ found on 1970s hi-fi systems by the British brand Quad, the 605 is a two-channel spectral tilt filter which can work in mono . The real fun comes when you modulate the tilt via CV, with a single modulation input and attenuverter. Patch in an LFO and you can make some lovely subtle shifts in frequencies, but go for broke with a fast envelope and deeper modulation and you’ll get some killer sweeps that aren’t quite like a standard filter or EQ but somewhere in between. Unusual but highly usable.

Joranalogue’s Fold 6 is another module from a brand who have been consistently nailing it in recent months. Attempting to take the best from every type of wavefolding and waveshaping, the Fold 6 offers a little bit of everything. Parallel and series approaches, nice options in terms of CV control and the versatility to work on any signal. A particularly user-friendly part of the Joranalogue approach here is the use of an internal soft clipper to limit the signal, meaning that you can push the fold ratio to get nice fuzzy tones at sensible signal levels. You can use the shape knob (or CV input) to create some beautiful creamy, overdriven effects which soon morph into extreme fuzz and square waves. Lovely.

4ms’s Percussion Interface and PI Expander is like an envelope follower on steroids. The only slightly confusing thing is why 4ms have decided to make the two modules separate from each other. They’re only available to buy as a pair and the PI Expander only works with the Percussion Interface. 4ms say you can use the Percussion Interface on its own to save rack space, but that seems a bit unlikely to us if you’ve already bought both. There’s no particularly serious downside to it, but we can’t really see why you’d want to buy both modules and then not use the expander, no matter how short of rack space you are. Not a deal breaker by any means but we’re scratching our heads a bit.

Finally this month, Endorphin.es serve up the Running Order, a trigger generator which looks simple at first glance but conceals a lot of sequencing power. It can work as a precise master clock, and offers Roland SH-101-style trigger sequencing in a two-track format, with a Euclidean mode and separate sync, reset and mute for each channel. You can store up to eight sequences in the module and perform in real time. It’s great for drum triggers, melody generation and triggering modulation sources like envelopes and LFOs. Excellent value and a surprisingly versatile little module.