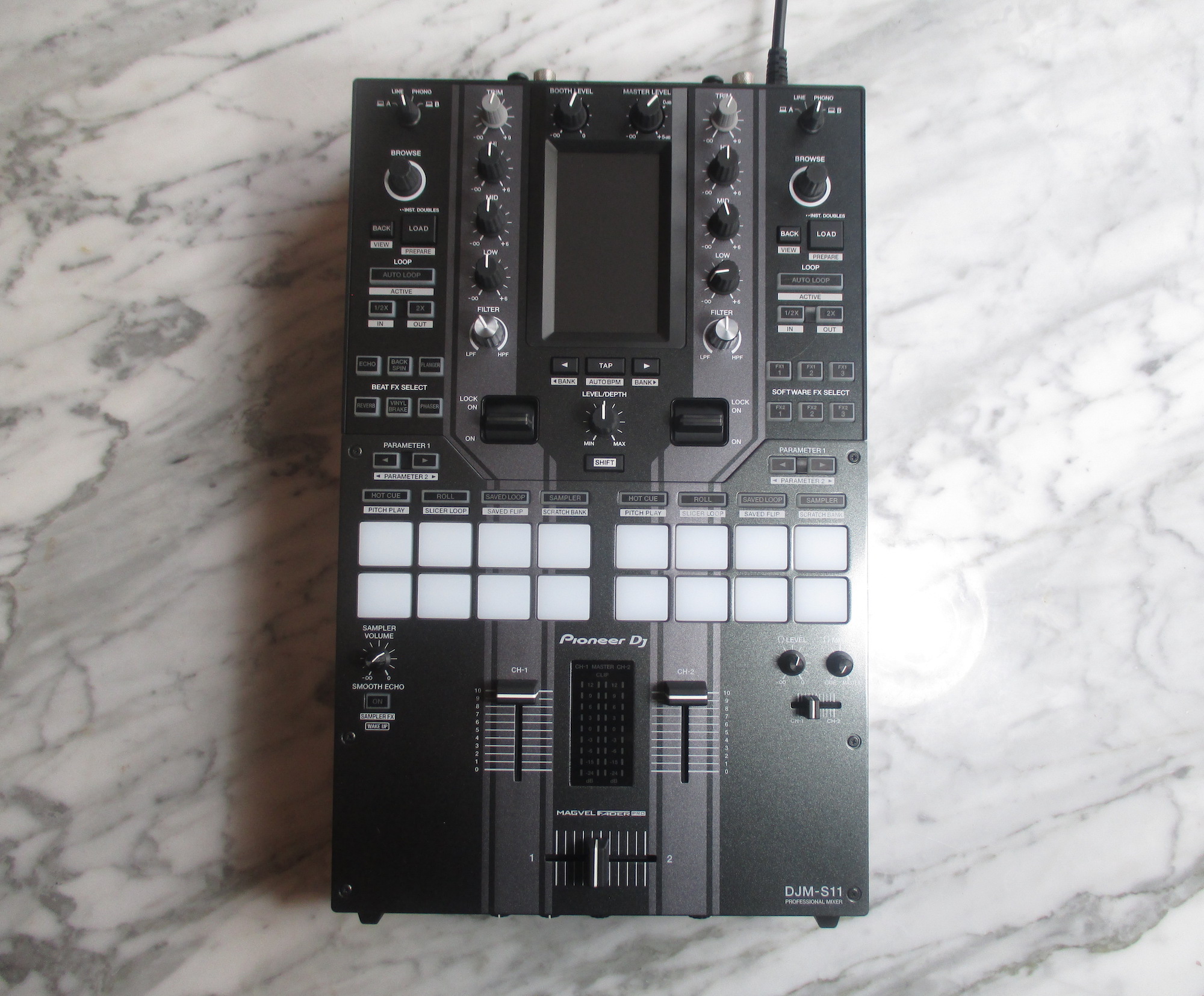 It’s deeply ironic that Pioneer’s biggest new products in years have all landed during a year in which the outlook for DJs has been decidedly troubled. The brand released their flagship DJM-V10 mixer earlier this year, followed it up with the next-generation CDJ-3000 players right at the peak of lockdown, and now complete the set with a replacement for their flagship scratch mixer.

The S11 comes in two varieties: there’s a standard model with a slick black paint job, and then the limited edition DJM-S11-SE model shown here, which features a retro paint job and a different splash screen on startup, both inspired by the old DJM-909. Effectively a replacement for the good but tired DJM-S9 from way back in 2015, the S11 is an attempt to offer scratch DJs a competitive alternative to more recent rivals like the Rane Seventy Two and Reloop Elite. 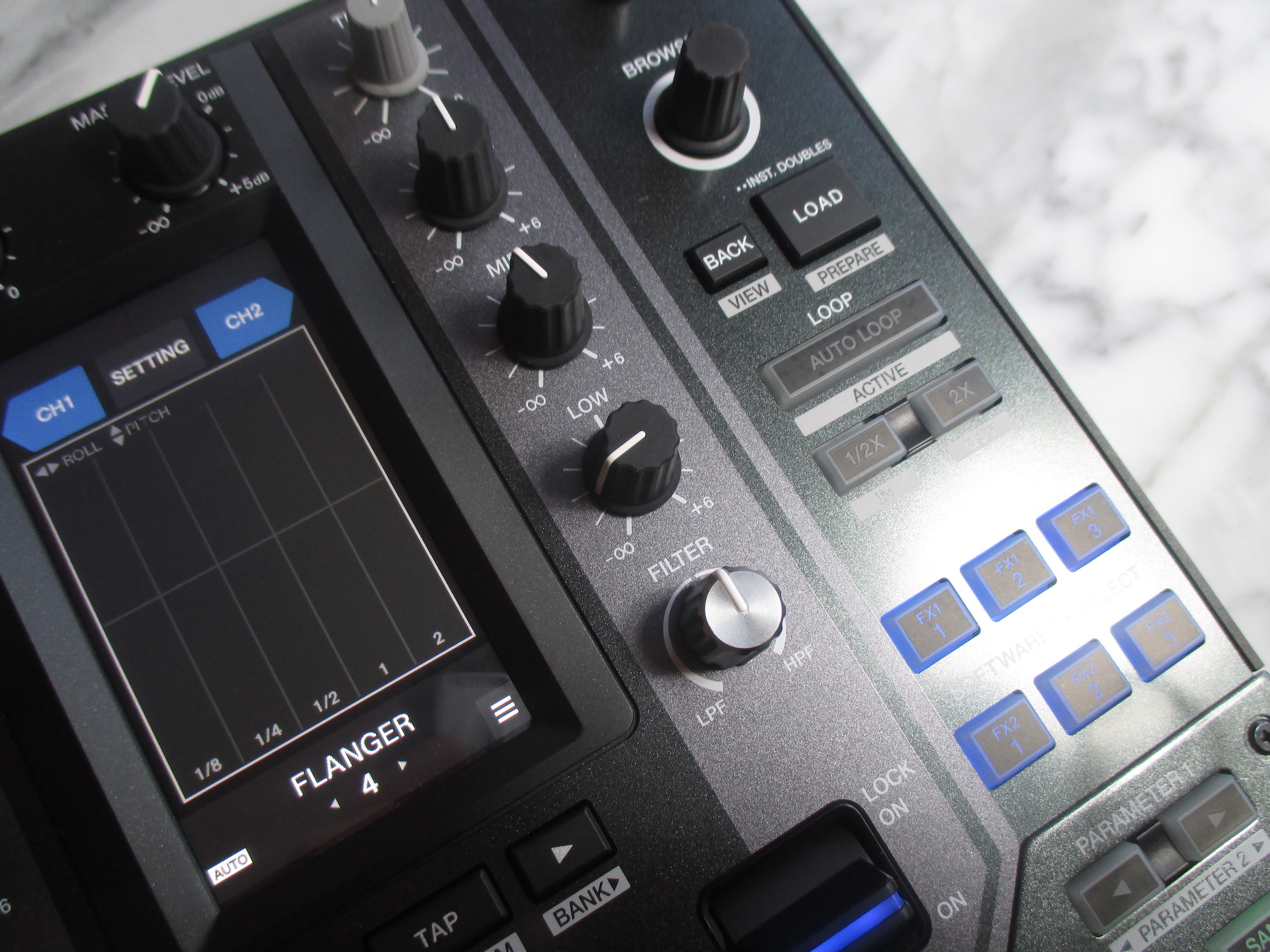 Some sections of the S11’s layout are virtually identical to the S9, but don’t be fooled into thinking this is a minor update. The biggest and most obvious improvement over the S9 is the addition of a large touchscreen in the top centre of the layout, but there are a number of other major tweaks to the hardware – layout changes, new performance pads with independent pad modes, new effects modes, and so on – plus changes under the hood to give better sound quality. As you’d expect, the S11 is highly compatible with Pioneer’s own Rekordbox software, but it’s also crucially been designed with Serato DJ Pro in mind, given that so many turntablists and scratch DJs favour the software. 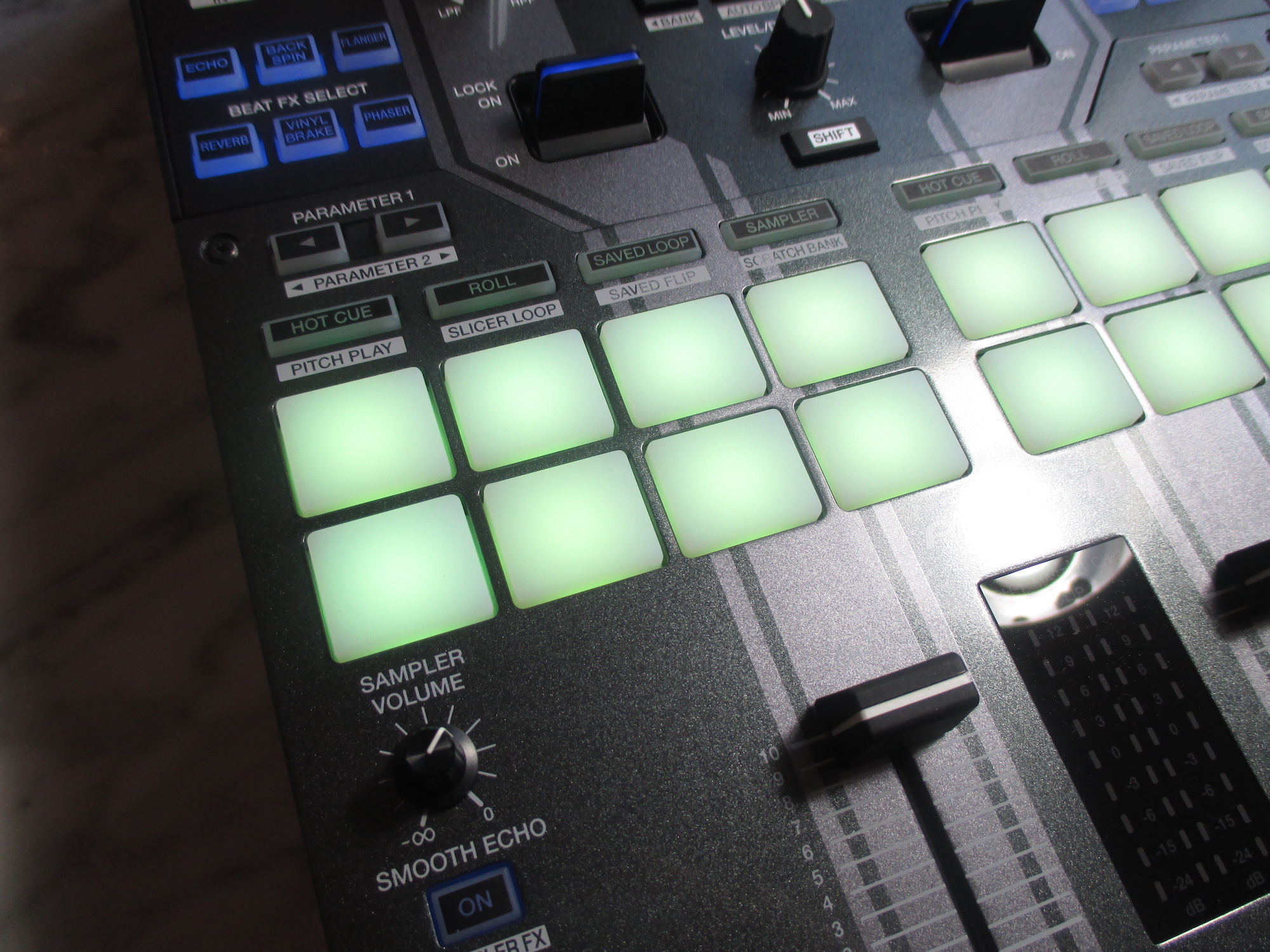 When compared to the S9, the biggest change of all in terms of the workflow comes via the touchscreen, an impressively high-resolution display with a high refresh rate, giving incredibly clear views of waveforms, arguably even more important to scratch DJs than they are to those who mainly blend and mix tracks. The DJM-909, released way back in 2004, was the first DJ mixer to feature a touchscreen, and the S11 shows just how far that technology has come in the intervening 16 years. Comparisons with the primitive 909 are pretty much irrelevant here, but suffice to say the S11’s screen is light years ahead of the older model, not just in terms of waveform display but in terms of adjusting settings and controlling effects using an X-Y style pad. The retro startup splash screen on the SE model is a very nice touch too. 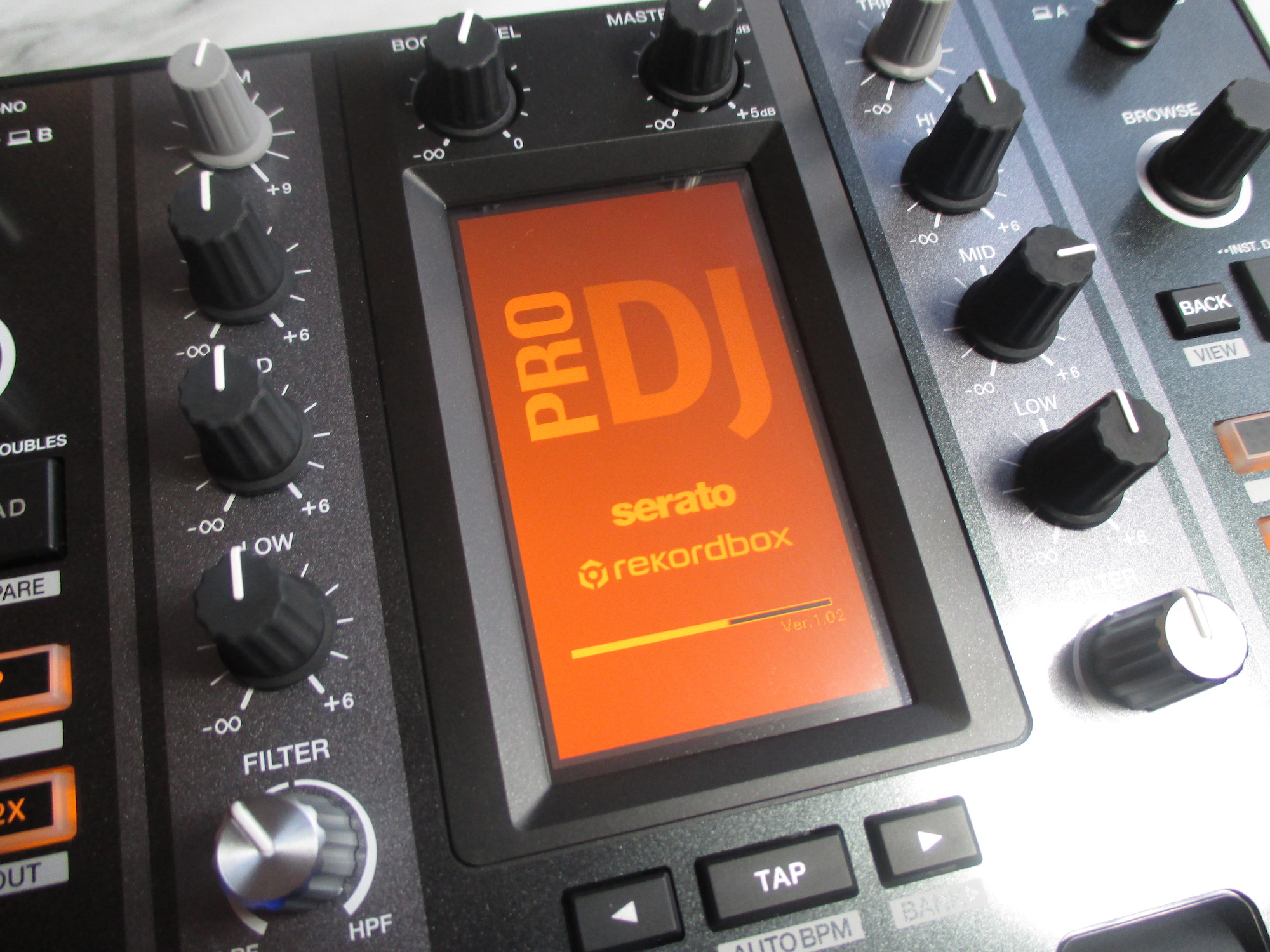 Effects themselves are updated but the options will be largely familiar to those with experience of Pioneer mixers. However, there are some changes, not just in the way you can now control Touch Effects via the screen, but with the ability to create and store custom effect presets that can be recalled quickly during performances. There’s also an interesting new Smooth Echo effect, which can be used to automatically engage an echo effect when you hit a hot cue, cut a fader or load a new track, giving the effect of smoothing out the transitions. It sounds a bit gimmicky in theory, but in practice it’s really effective at subtle settings, helping to make cuts and beat juggles sound a little more organic and less choppy. Performance pad options have been massively improved too. The banks of pads which are so important to the performance of the DJM scratch mixers have been upgraded and enlarged, with new performance modes relating to Serato features: Hot Cue, Roll, Saved Loop, Sampler, Pitch Play, Slicer Loop, Saved Flip and the new Scratch Bank, which allows you to load scratch samples in the decks themselves rather than within the standard Sampler mode. A very nice feature exclusive to the S11. 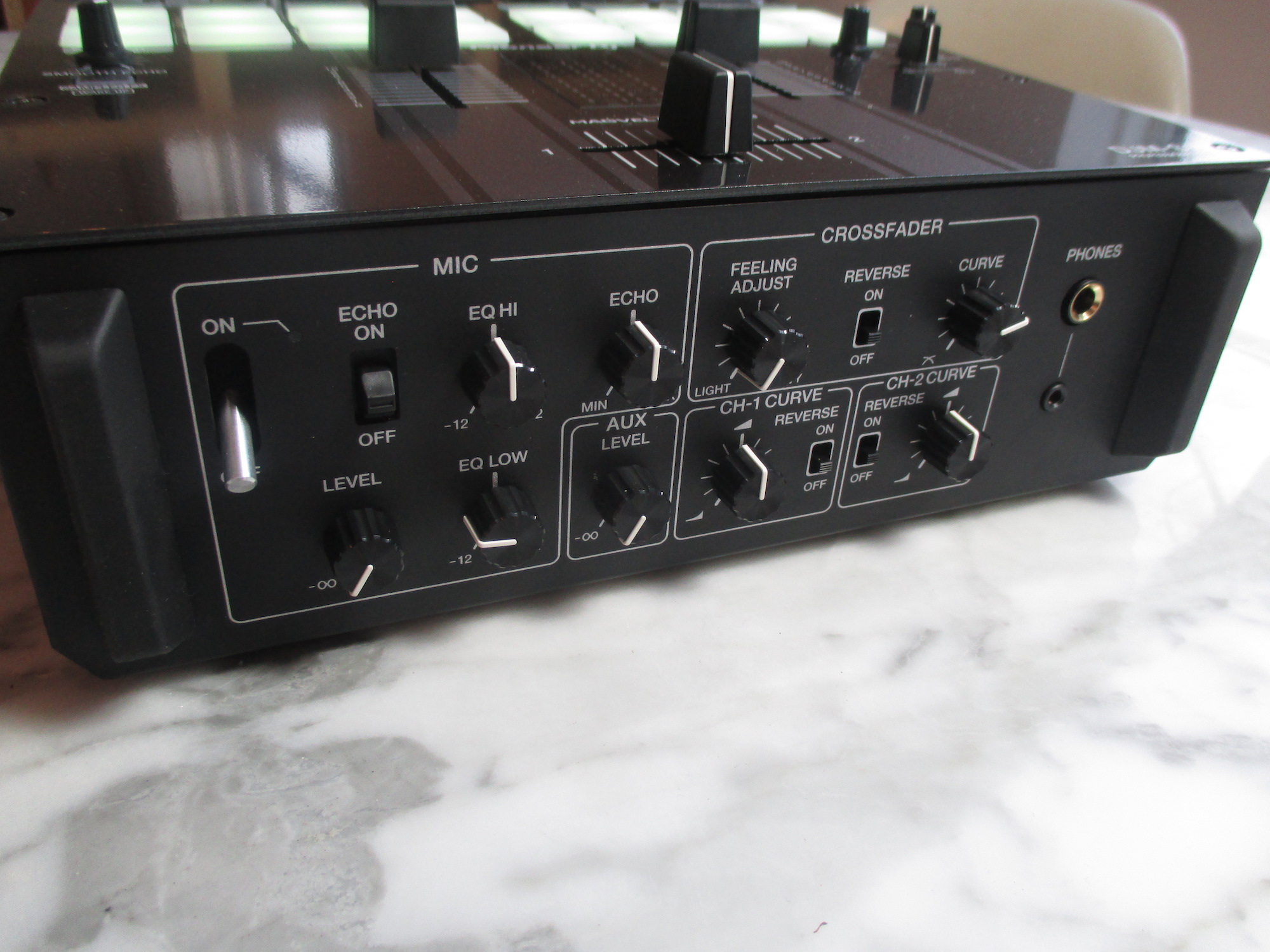 There’s a lot to like about the S11, not just in terms of major updates and feature additions but in terms of little tweaks like the fact the the built-in USB hub also allows you to connect controllers such as Rane’s Twelve. It’s not the cheapest scratch mixer on the market by any means, but the improvements over the old S9 make it a huge step up in terms of useability, sound and overall performance, making it a very appealing alternative to cheaper options like the Rane Seventy Two and Reloop Elite. 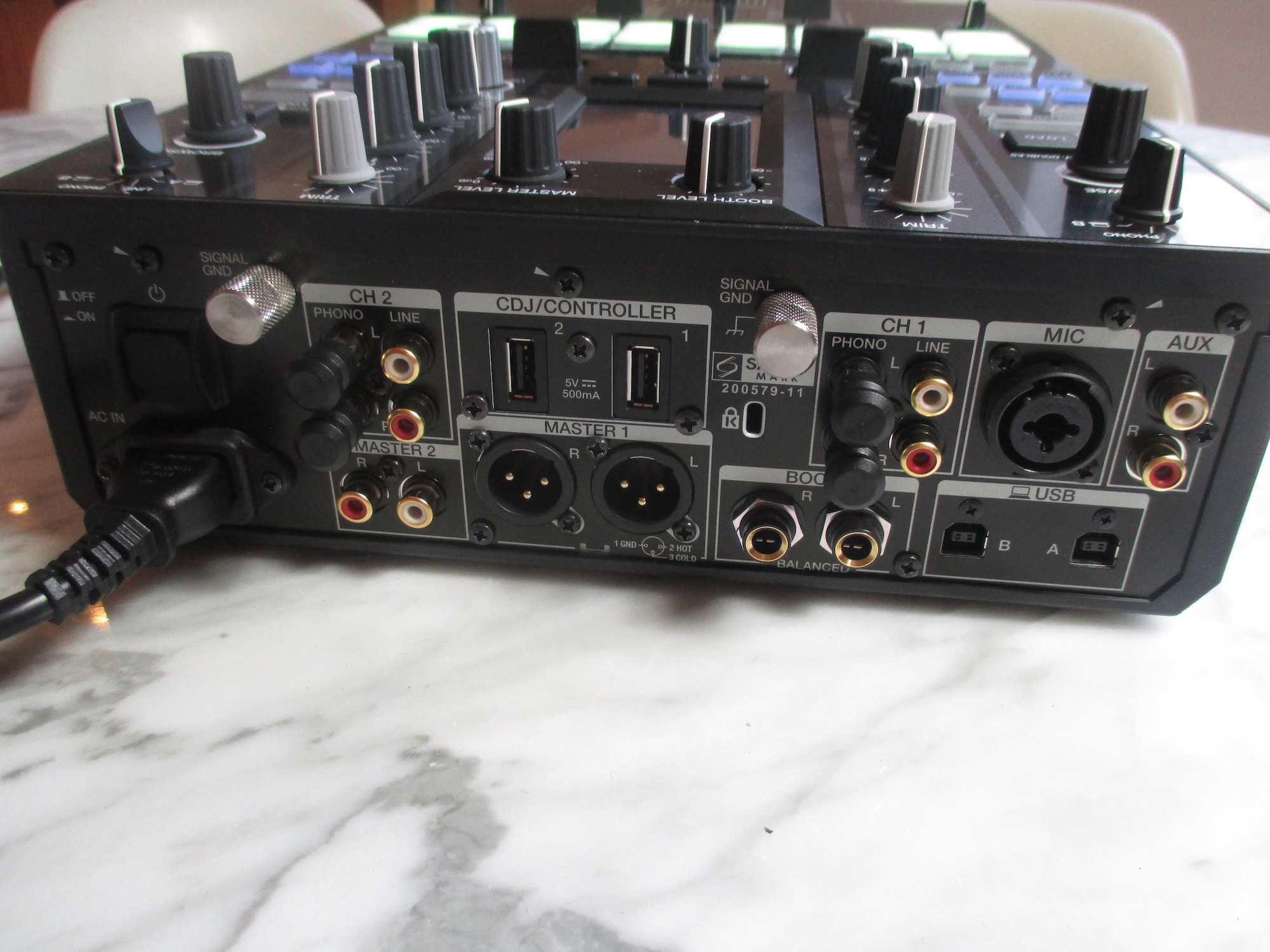