We take a look back at our favourite DJ equipment from 2019 and make some predictions for 2020.

The world of DJ technology moves slowly, but we’re absolutely fine with that. A lot of the technology we still rely on as DJs is now unashamedly vintage, with the rotary mixer and Technics SL-1200 both nearing their 50th birthdays.

You can count on the fingers of one hand the number of moments that have totally redefined DJ technology over the last couple of decades: the invention of the CDJ; the introduction of DJ software; Paris Hilton discovering the sync button.

As with most years, the tech developments of 2019 didn’t necessarily tear up the rulebook, but that’s not to say there were notable shifts along the way, whether it was the official return of the Technics SL-1210, the expansion of the rotary mixer market or the continued development of controllers and digital DJ tools. It’s a story of evolution, not revolution. No pun intended.

We’re not expecting seismic shifts in the DJ tech world in 2020, but there are a few major trends and expected product releases to watch out for.

The return of Technics

2019 marked the year that the legendary SL-1210 officially returned as a DJ turntable. Why do we say officially? Well, the reboot of the SL series has been a drawn-out affair. We first heard that a new 1210 was on the way back in 2015, but the first models that hit the market were expensive hi-fi decks in the brand’s Grand Class category.

The DJ version was finally released late in 2019, and as we discovered when we reviewed it, it lives up to the legacy of the classic models, offering modernised materials and a few new features but. For our money, it’s still the definitive DJ turntable despite strong competition from the likes of Pioneer with the PLX-1000 and Reloop with the RP-8000 MK2.

What next for Technics? The interesting question for 2020 is how the Japanese brand continues to expand and develop the range.

There’s an obvious precedent here in the form of the other turntables in the SL range. Around the same time as the MK7, Technics also released the £899 SL-1500C. The 1500 is explicitly a hi-fi turntable rather than a DJ model (the obvious clue being the absence of a pitch fader), but it undercuts the price of the SL-1210GR by about 30% while retaining most of the sound quality.

Is there a case to be made for a similar budget DJ model alongside the MK7? Technics might not want to risk cheapening the brand, but in the face of stiff competition from cheaper turntables like the Pioneer PLX-500, maybe there’s room for a home DJ model in the SL line-up? 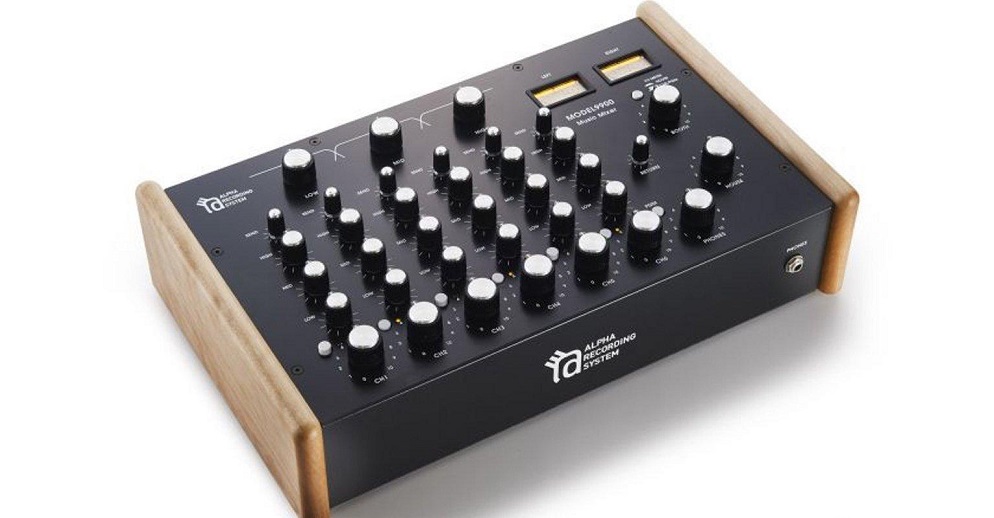 Our favourite new mixer of 2019? Given an unlimited budget, it’s a clear choice: the Alpha Recording System Model 9900 is an absolute hands-down winner in terms of sound quality. Built by hand in Tokyo, it’s a spiritual successor to the legendary Bozak rotaries and already a favourite of audiophile DJs like DJ Harvey. Unfortunately, it also comes at a price. A price that’s probably justified by the sound, but realistically places it out of the reach of many of us.

At the opposite end of the scale, we saw a nice update to the Omnitronic TRM-202 – probably the cheapest rotary mixer currently on the market but a very solid offering in its own right. The two models live in completely different worlds by anyone’s standards – the Model 9900 is priced at well over ten times the cost of the Omnitronic – but you can see a bigger story unfolding here: The rotary mixer market is expanding at both the top end and the bottom, reflecting just how popular the format has been over the last few years. 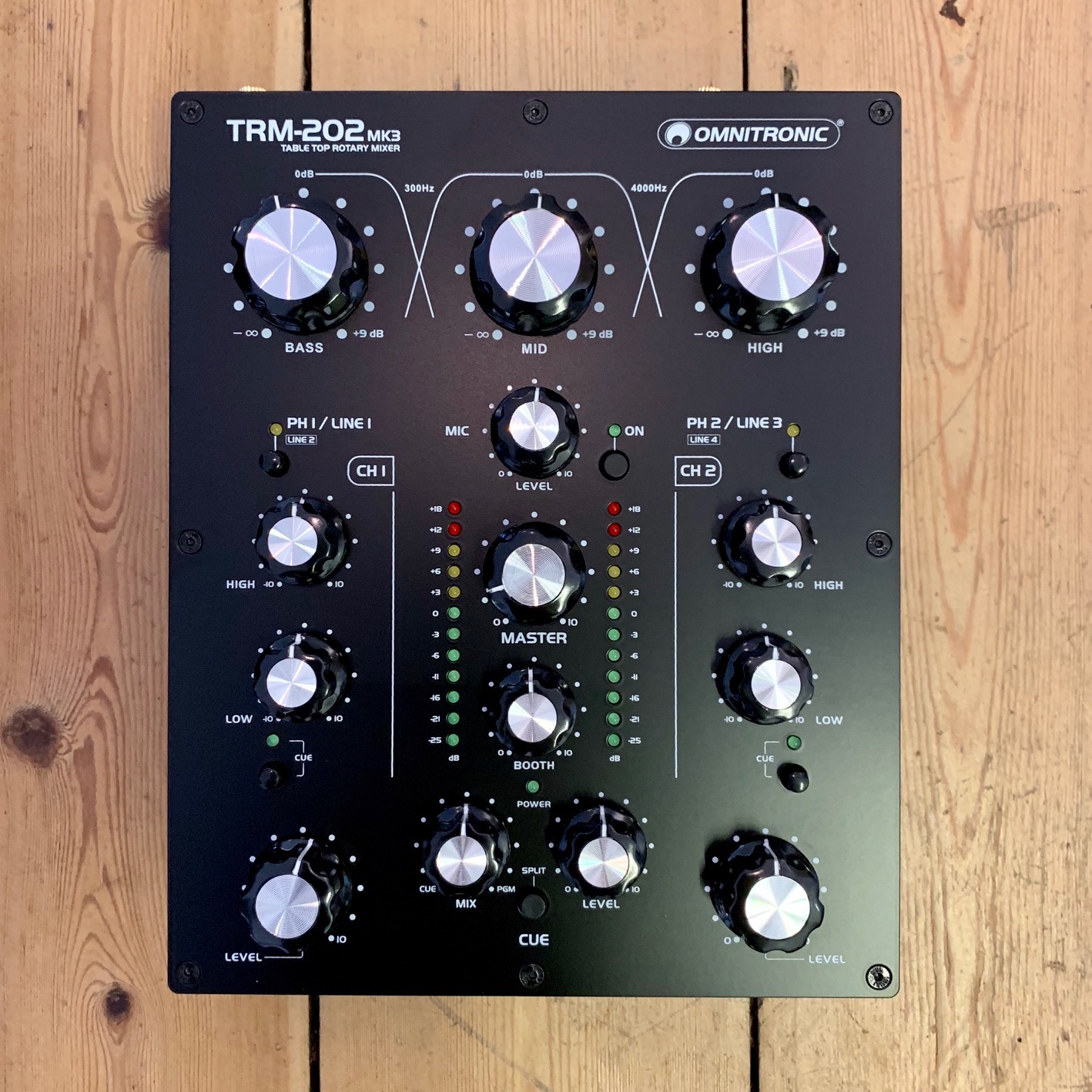 Despite the popularity of the TRM-202, there’s still plenty of room at the more affordable end of the rotary mixer market and we’d be amazed if more brands didn’t enter the fray in 2020. Behringer look set to dominate the world of new studio equipment in 2020 with their synth clones, and the German brand continues to produce a small range of DJ mixers – surely it’s only a matter of time until they knock out a cheap Urei or Bozak clone?

Elsewhere in the mixer market, the big boys Allen & Heath and Pioneer both left their ranges largely untouched in 2019, so we weren’t at all surprised to see Pioneer unveil their new flagship DJM-V10 at the NAMM show. Allen & Heath are unlikely to replace their flagship Xone:96 so soon after its introduction in 2018, but there are models lower down the range that might get freshened up.

The Pioneer DJ brand has been slowly evolving over the last few years, with a lot of attention paid to the Toraiz line. 2019 saw the introduction of the Toraiz Squid sequencer, which joined the SP-16 sampler and AS-1 synth as part of Pioneer’s efforts to expand the arsenal of creative tools available to DJs. If the Squid feels a bit of an outlier in a round-up of DJ gear, that’s precisely Pioneer’s agenda: the idea is to bring traditional studio tools into the DJ booth but reinvent them as partners to CDJs, controllers and DJM mixers.

Feedback on the Squid suggests lots of users are simply interested in it as a studio tool, but Pioneer are keen to push the angle that all of the Toraiz gear is designed to work as part of a hybrid DJ/live setup, tempo-synced to your tracks and acting like an infinitely creative extension of your music collection.

With synths, samples and sequencing now covered by the first three Toraiz products, we expect to see an effects unit at some point, perhaps refreshing the old (but still popular) RMX units into more of a Toraiz-friendly format.