Synths, samples, effects and sequencing in a single box. Will Roland’s new Groovebox make you rethink the way you make music? 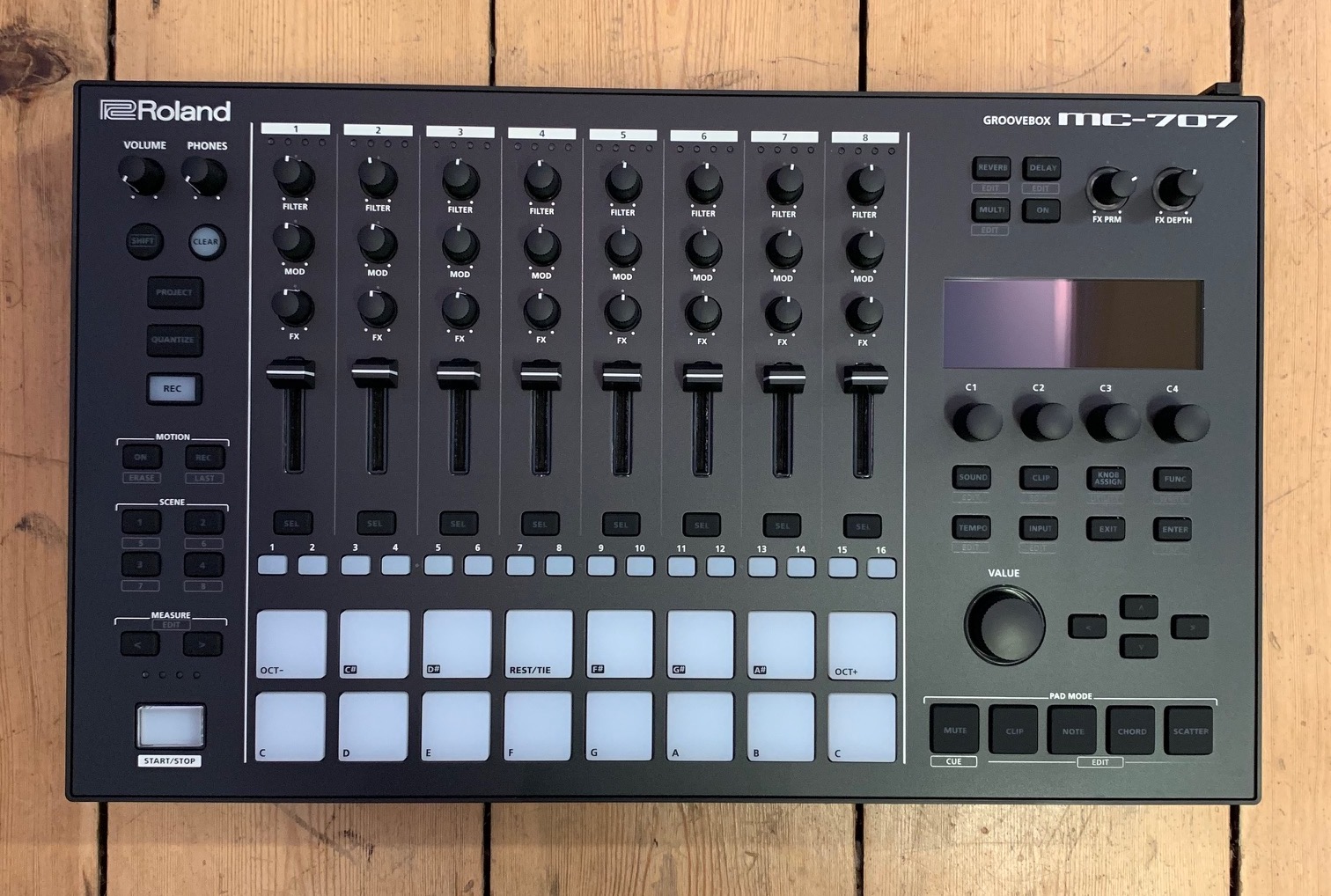 What’s at the heart of your production setup? For most electronic producers, it’s almost certainly a computer. The DAW has become such a dominant part of music making that we take it for granted; no matter whether you use soft synths, hardware, modular synths or even guitars, chances are there’s a computer at the heart of things for sequencing and recording.

Roland want you to consider an alternative, and it’s one that harks back to the past. As recently as the late 90s, it wasn’t unusual to find studio setups and live shows without a computer in sight. Even when computers were used, they weren’t necessarily the main focus. Instead, some other form of hardware unit was often the focus, whether a simple drum machine acting as a master clock, a dedicated sequencer sending out MIDI signals, or an all-in-one box like an Akai MPC. 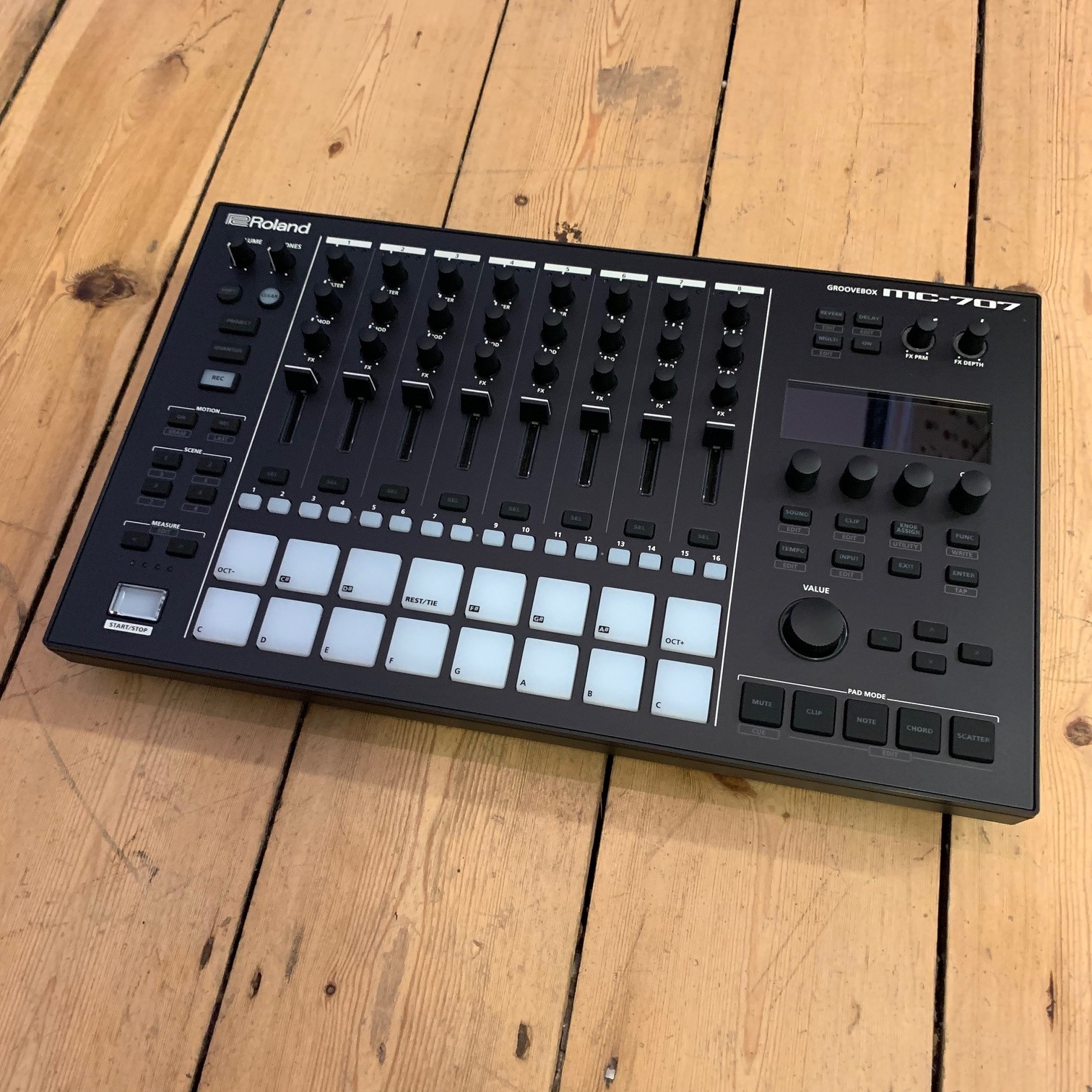 The new Roland MC-707 is the big brother of the MC-101, which impressed us with its compact versatility when we reviewed it recently. The difference between the two units is substantial: the 707 is a much bigger, much more powerful unit. The overall concept and format is clearly very similar – a standalone box with built-in sequencing, digital sound engine and effects – but it’s immediately obvious that the 707 is much more serious. The MC-101 is great for portable use and generating ideas, but there’s much more of a sense that the 707 is capable of functioning as a professional studio instrument or live performance setup.

As part of Roland’s newly rebooted MC Groovebox range, it’s a throwback to the past. The Groovebox name was coined in 1996, when Roland released the MC-303, its name paying homage to two iconic synths in the MC-202 (the MC standing for MicroComposer) and TB-303, both of which combined basic analogue synths with simple monophonic step sequencers. The MC-303 and its successors were digital units which became an unfairly denigrated footnote in history thanks to the imminent dominance of DAWs. 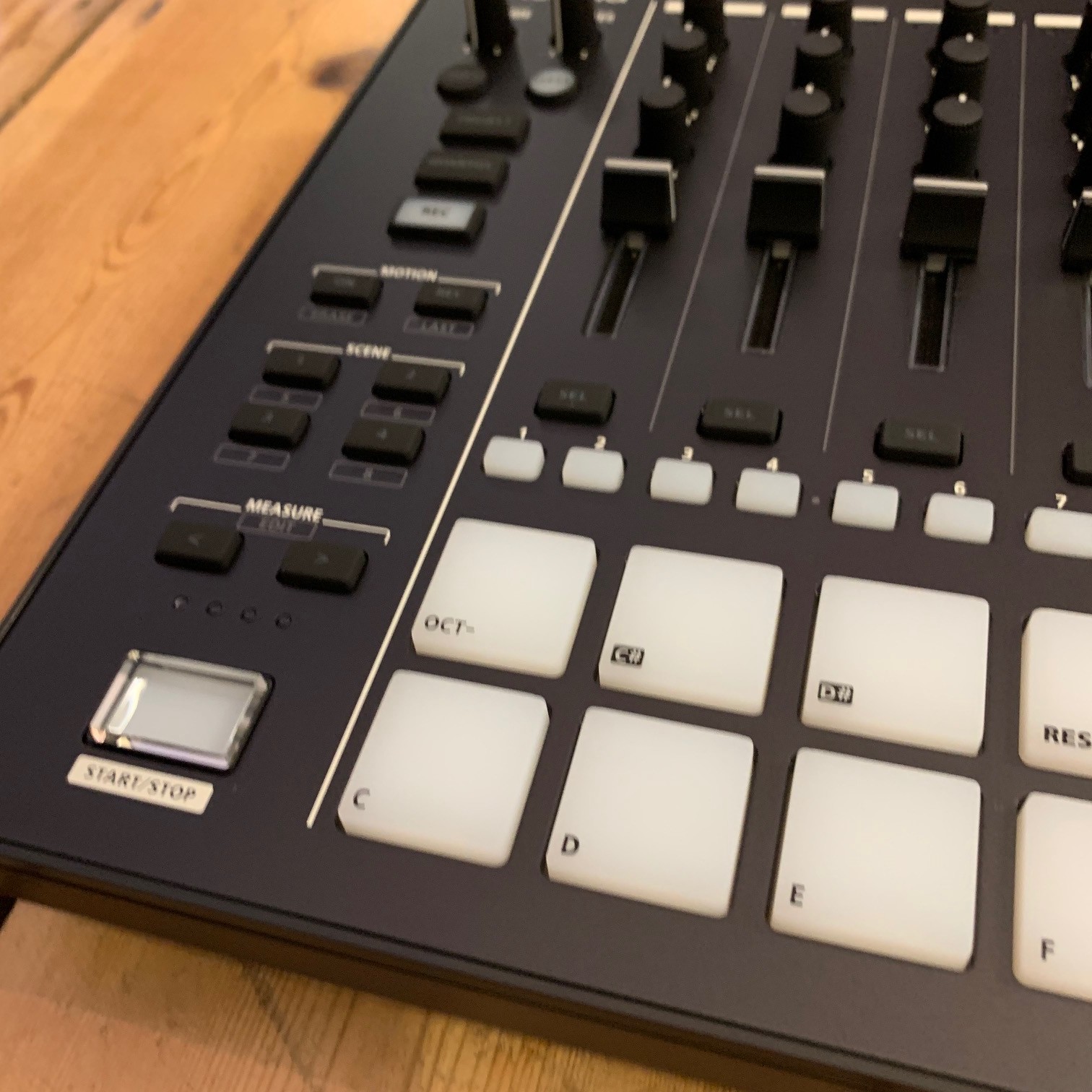 In the years since the MC-303, the groovebox format has quietly become more commonplace, not necessarily as a centrepiece for a production setup but certainly as an alternative approach. Current models like the Novation Circuit, Korg Electribes and Elektron samplers follow in its footsteps, but the MC-707 is a significant step up from those smaller units, designed to function as an entire studio in a box. The MC-707 is unashamedly a jack of all trades. It’s not trying to be the outright best sampler or the best synth module or the best sequencer, but it’s competent in all those areas. However, it’s clear that its main strength is its synthesis capability. The sound engine at the heart of the MC-707 is Roland’s new ZEN-Core system, also featured in the brand’s flagship Jupiter-X synth. It’s the same basic architecture found in the MC-101, but in this case you have much more access to the sound parameters, allowing you to shape sounds much more intricately. I was impressed by the sheer range of presets (thousands in total) and the ability to tweak and customise them quickly and effectively. It’s impossible to pin the unit down to any particular characteristic sound, simply because it does a bit of everything, from impressions of classic Roland analogue gear through to imitations of acoustic instruments.

Despite the potential complexity of an all-in-one unit like this, the MC-707 is generally easy to get to grips with, and I didn’t find the learning curve too steep. There is inevitably a degree of menu-diving to contend with to reach certain functions, but it’s no worse than you’d expect from similar products. The structure of projects is logical: up to eight tracks are spread across the channel strips on the front of the unit, each one being either a Tone (synth), Drum or Looper (audio) channel. Patterns and sequences are recorded as Clips using the pads (which are bigger than the ones on the MC-101) and can then be performed as full song arrangements. 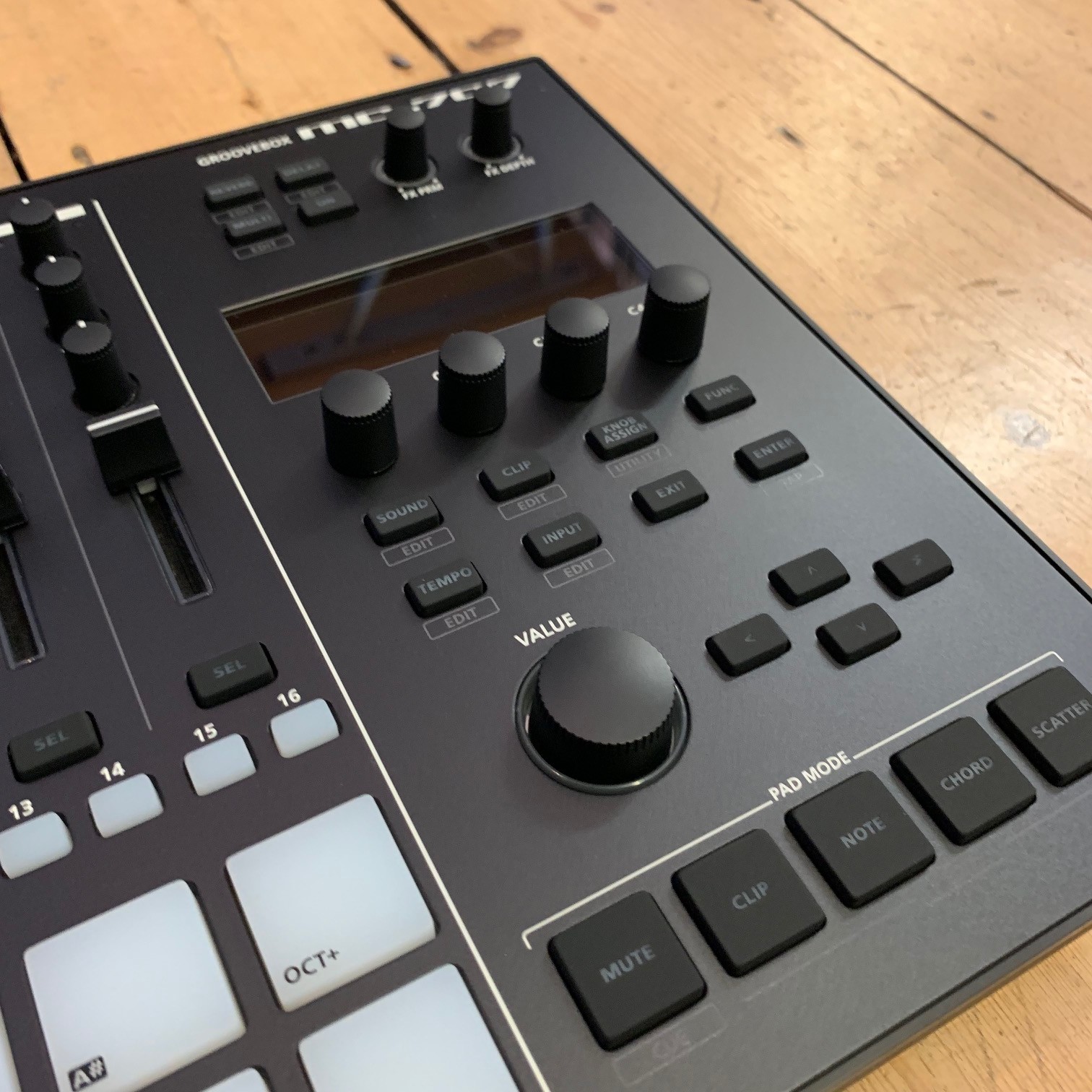 In terms of alternatives and rival products, the closest on the market is probably the Akai MPC Live, which has more of a sample focus. It’s interesting that the sampling capabilities of the 707 are fairly limited by comparison, focusing on whole loops rather than slicing or one-shot samples, perhaps to differentiate it from products like the MPCs or Elektron samplers. There’s certainly room for both to exist, and the MC-707 will clearly appeal more to people who prioritise synth sounds over sampling. I can certainly see it finding a lot of interest from anyone interested in creating live performances. It’s worth noting that although the MC-707 is very much designed to function perfectly well on its own, it’s also capable of sequencing other gear over MIDI. Additionally, despite the absence of individual channel outputs, there’s a stereo effects loop which opens up your options significantly over the built-in effects. 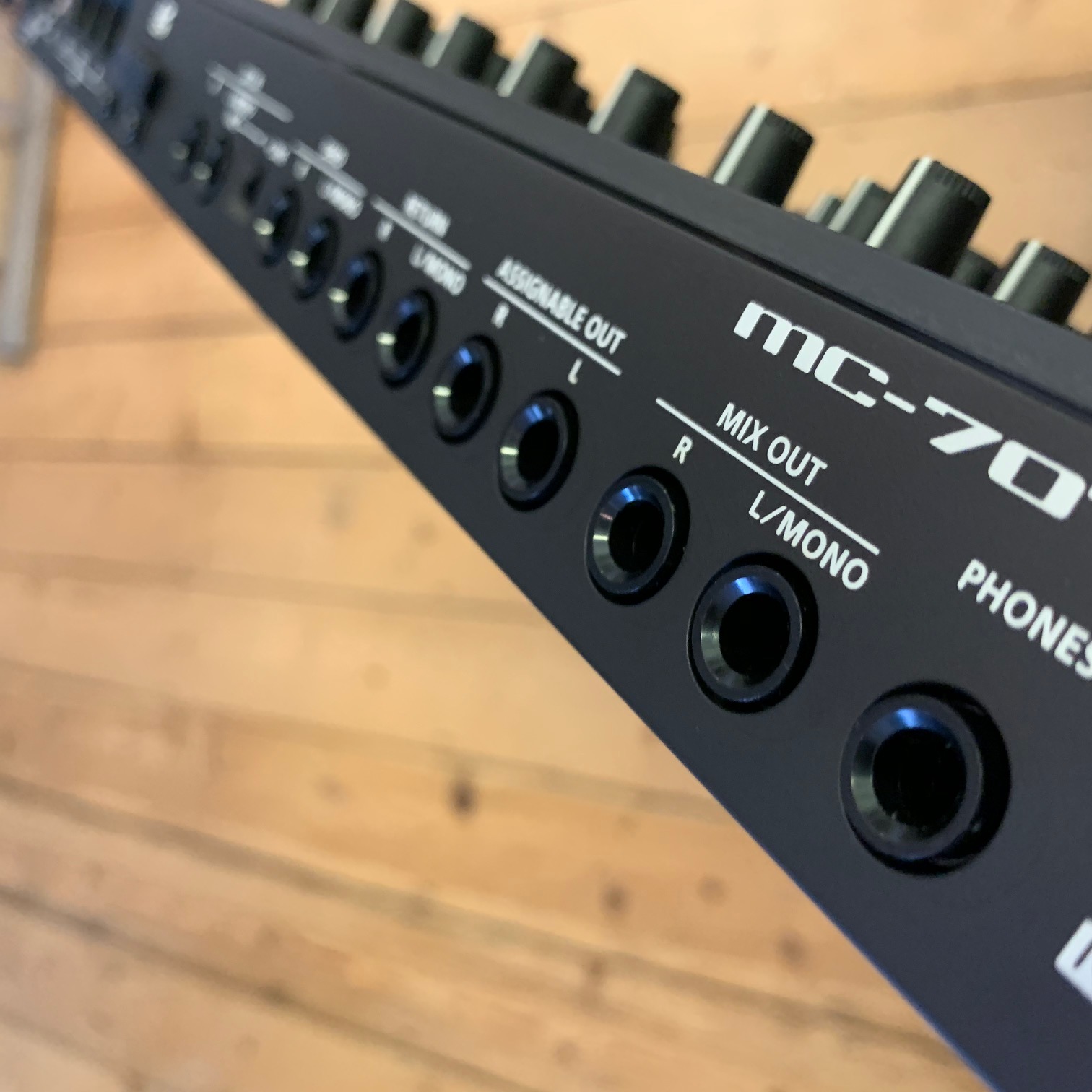 Is it enough to make us ditch our MacBooks? That might be a step too far. But for certain creative workflows, the groovebox concept makes a lot of sense. We have no doubt that you’ll start to see a lot of these devices popping up in people’s live setups soon. For those who enjoy the simplicity and convenience of keeping everything in one box, the MC-707 immediately establishes itself as one of the best options on the market. 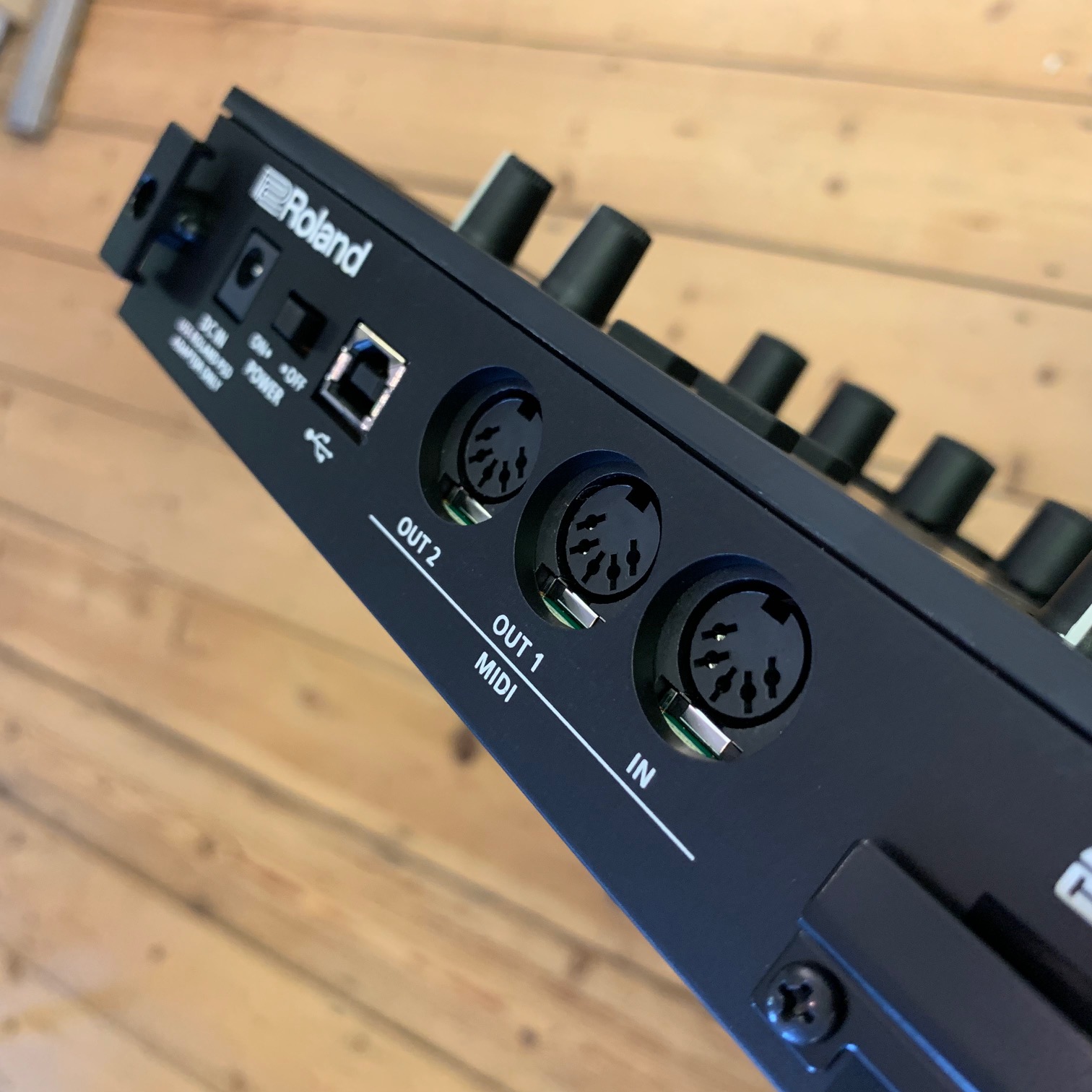 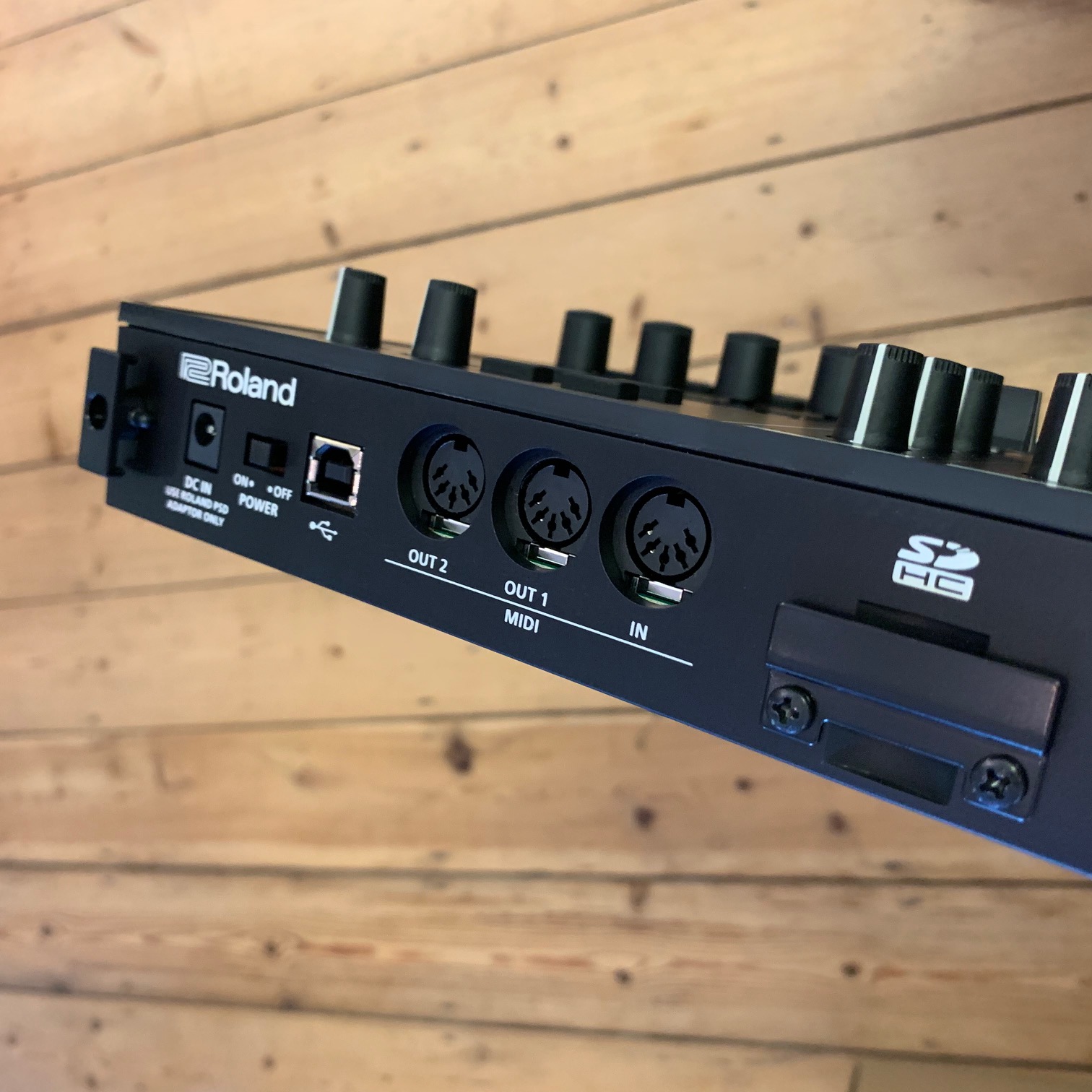