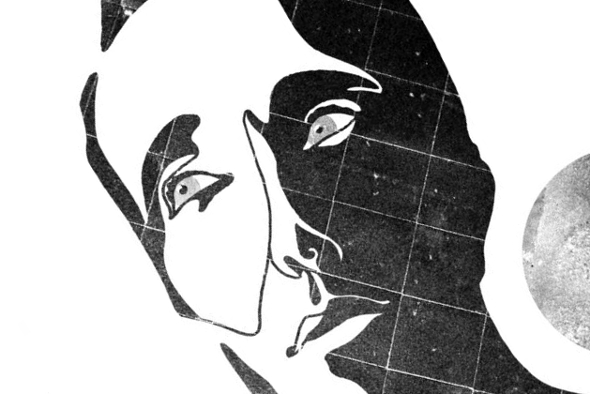 How many different ways can a traditional box jam set up be approached? Considering the limits of hardware production and the instantly recognisable sounds that the most popular units yield, it’s a wonder that artists continue to find ways to express themselves in a unique manner when using vintage kit. Reaching for classic sounds can be a divisive creative choice when scores of producers have already covered the same ground, but therein lies the talent of some musicians in making the familiar sound fresh and satisfying on the ears. To be fair to Rupert von der Schulenburg, he has been involved in music since the ‘80s and so any predilection towards old-skool sounds is at the very least based on years of experience rather than contrived retro-fetishism. 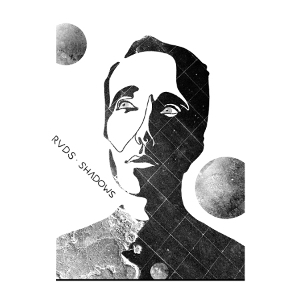 His work as RVDS, which has largely appeared on his own It’s label, has always erred towards a traditional drum machines and synths set up speaking a classic house and techno language, and yet it has always possessed a charm that makes it special. Consider for a moment the appeal of the Early Sounds Recordings crew, whose music proudly channels sounds of the past. They may be re-treading a well-worn path rather than breaking new ground, but in the process they make an intoxicating blend that justifies the wistful backwards-glancing material. Nostalgia can be viewed as a dirty word in the art world, but it’s a powerful emotion, and on new album Shadows as elsewhere RVDS seems to understand this.

Take late entry “Galanty Show” with its stark hats, fuzzy chord and simple bass hook. There’s nothing complex about it, no great trick hidden in the folds of the arrangement, but instead an emphasis on making each sound special. The hat is a delight thanks to its erratically shifting pitch, and the tuning of the lead chord flutters just as much. The only necessary ingredient for a breakdown is a strange discordant string patch – it’s a track so unfussy you could be forgiven for writing it off as simplistic, but instead those subtle kinks in the basic ingredients allow a strange aura to bleed out of the edges and create a comforting kind of glow in your chest.

At times the mood on Shadows borders on electronic balladry, not least on “Minuet de Vampire.” Here the pace is deathly slow, the arrangement sparse enough to notice the subtle bends in the quiet background pad while a set of 808-esque toms pop out a rhythm. A few slithers of guitar drift in through the mist before a cascading harp-like lead which proceeds to pirouette through the remainder of the track. It’s nothing but pure musical pleasure, melodious and melancholic without a need for fireworks.

Not every inch of the album is so sweet natured though. “Dust” has a definite bite with its menacing low end rumble, pattering snares and nervous threads of synth, while “Electricity” is a fine slice of textbook ‘80s electro you might expect to hear backing a World Class Wreckin’ Cru jam. “Trees” however leaves behind more familiar tropes to create a lopsided lament peppered with jazzy notes and vocal swoons that betrays a beauty in its clanging harmonies.

It could be argued that one of the pitfalls of electronic music production is the temptation to overwork the material, to make every transition a showstopper and pile in layers of sound design and trippy effects. Sometimes that makes for fantastic results, but it’s heartening to be reminded that sometimes the simplest route can be the most effective one. Where von der Schulenburg truly excels is in creating those delicate moments of friction within his music, as the tuning slips, the effects process wobbles or the sequencer lets out an errant blip. It makes for natural, heartfelt box jams played with a human fallibility, not to mention allowing his personality to come through on machines that have been claimed by so many before him. In the end, the sounds might be familiar but they are merely tools at the beck and call of the creator.