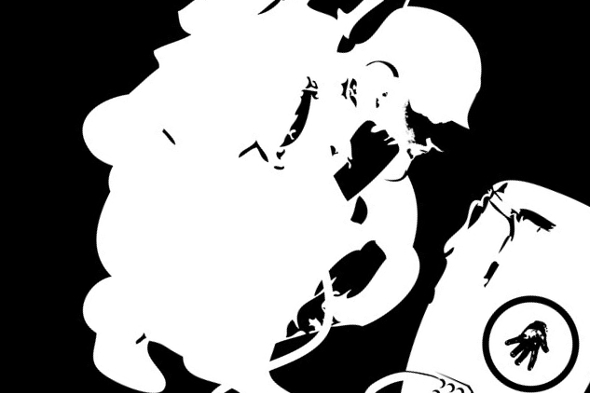 Armando Martinez is one the first electronic music producers to explore overtly political themes. Until now, the form’s most memorable articulations of this topic have tended towards the abstract and have included UR’s call to the oppressed to revolt, Drexciya’s hope that the experience of their forefathers provided inspiration for change and the more general concern expressed in electro records that the machines are taking over. 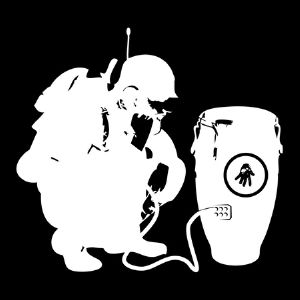 Martinez is as much personally invested in his music as Mike Banks or Gerald Donald; of Cuban descent, his family fled Castro and moved to the US. Explaining the etymology of his stage name, he has said that it combines the name of Alpha 66, an anti-Castro freedom fighting group, and the Roland TR-606 synth. It comes as no surprise that the music on Afro-Cuban Electronics is also inspired by his identity. The opening salvo of “Afriba”, “Armambo” and “Shake” fuse rolling, steely drums and castanet percussion with dreamy melody lines. This melancholic feeling continues on “Gauges”, where bongo drums are married with reflective synths.

It perfectly captures the lot of the migrant, forced to carve out a better life in a foreign place, but always wondering ‘what if’ they had stayed at home. Counteracting these musical elements are stripped back drum tracks like “Whale Memory’ and “Guajiro (Alternate Jam)”, while “808 Trax” is a traditional electro work, led by, unsurprisingly, 808 drums and hats that twitch like an oversupplied meth head.

So what of the political statements? It starts on “Engineered Flotation Device”, where Martinez combines lush electronic textures with loose drums and ponderous vocals. “Devotion” adopts a similar approach, but with a vocal that states “defection was our only choice, it all happened when you first oppressed our voice”.

“Boatlift”, whose title conjures up images not just from Cuba but also closer to home in modern-day Europe also favours a gentle form of protest, with wonderfully resonant Cuban drums supporting some of the most emotive synth sounds this side of Convextion. Martinez clearly believes in telling his story rather than bludgeoning the listener into submission, and on Afro-Cuban Electronics, his tale of upheaval is told in the most seductive way possible.