With music on the label from Luke Wyatt, UMFANG, Via App and J. Albert among others, it is clear Vancouver’s 1080p are big fans of the various nooks and crannies of New York’s electronic music scene. After announcing a 12″ from local Vancouver hardware duo minimal violence, 1080p’s gaze once again drifts to the US East Coast with the news the label is throwing the spotlight on New York native Image Man. Among the cadre of producers that favour handles that put the kibosh on most internet search engine algorithms, Image Man arrives on 1080p after two low-key vinyl releases for Palmetto Arts and SUNAL/PERABOB.

However, there is a prevailing relationship between artist and label, with Image Man on the bill for a 1080p showcase in New York alongside CFCF, Earth Boys and UMFANG last year. Image Man’s 1080p debut comes in the shape of Glance, a four-track 12″ that builds on the artist’s sample-heavy approach to house and techno which can be previewed below. A press release for the record ends with the following words, which seem to form the robotic vocal sample running through the title track: “We trust in the sound we take for granted -the music wouldn’t lead us astray, would it? Emotions can lead us astray, the wanting to feel, the wishing of forever-lasting, the pleading for change, the expectation of ecstasy. Just a quick glance in the mirror.” 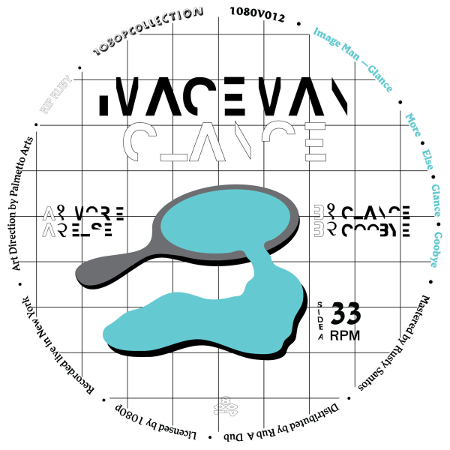